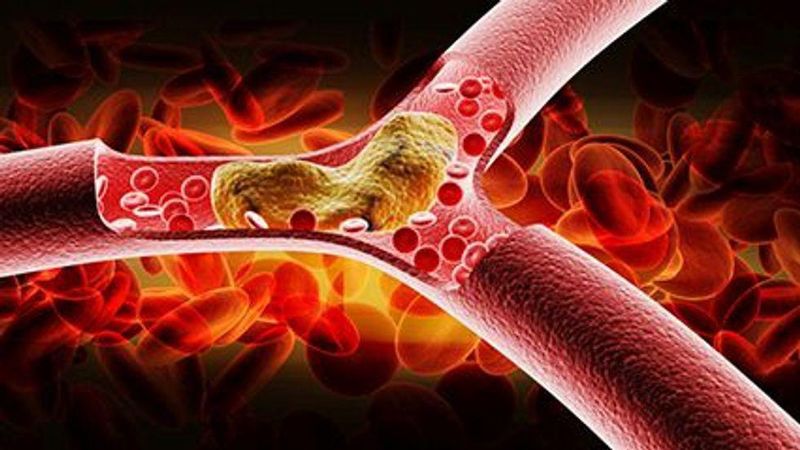 For decades, doctors have struggled with the fact that the benefit of any blood-thinning pill came with the added risk of excess bleeding.

Now, an experimental anti-clotting pill called milvexian has been found to be effective in patients who had knee replacement surgery — without adding any excess risk for bleeding.

The study focused on these patients because they're known to be at high risk for blood clots after surgery and their clots can be readily detected with X-rays of the veins of the legs, the Canadian researchers explained.

"The major side effect of current oral anti-clotting drugs is bleeding, and the fear of bleeding leads to their underuse. This sets the need for safer oral anticoagulants and that is where milvexian comes in," said study senior author Jeffrey Weitz. He's professor of medicine and biochemistry and biomedical sciences at McMaster University in Hamilton, Ontario.

Compared with enoxaparin, a total daily dose of 100 milligrams or more of milvexian resulted in better protection against blood clots — without any increase in the risk for bleeding, the study found.

The study also evaluated daily doses of milvexian ranging from 25 to 400 mg. There was no increase in bleeding over this range of doses, according to the study funded by the drug's makers, Bristol Myers Squibb and Janssen.

The findings were published Nov. 15 in the New England Journal of Medicine. A summary of the results was also presented Monday at the online annual meeting of the American Heart Association.

According to the researchers, milvexian is unique in that it inhibits factor XIa, a clotting enzyme that causes dangerous blood clots but is not vital for stopping bleeding from injuries.

"Blood clots are responsible for one in four deaths worldwide," Weitz noted in a McMaster news release. "Anticoagulants (blood thinners) are a mainstay for the treatment and prevention of clots in veins and arteries, and we urgently need safer oral medications to reduce the burden from what are often lifelong conditions."

Two cardiologists unconnected to the study said they were encouraged by the results.

"Clearly, milvexian requires further study in larger trials before the drug enters prime-time," said Dr. Mitchell Weinberg, chair of cardiology at Staten Island University Hospital in New York City. "However, if milvexian or a similar drug decreases the risk for clots without increasing the risk for bleeding, our treatment options for patients with blood clots could be dramatically improved."

Weinberg noted that, for decades, warfarin was the go-to drug to prevent clots, but in recent years it's often been replaced by newer medicines such as rivaroxaban (Xarelto) or apixaban (Eliquis). However, "while such drugs are effective, they still are associated with an increased risk for bleeding," he said.

Milvexian may represent "a break-through drug by targeting a different factor in the clotting cascade, which affects clotting but does not impact bleeding," Weinberg believes.

Dr. Michael Goyfman is chief of cardiology at Long Island Jewish Forest Hills, also in New York City. He said the new findings "are potentially exciting, especially if they hold true in a larger phase 3 trial."

Goyfman added, "Overall, I am cautiously optimistic with the results of this trial and the possibility of adding additional tools to our arsenal for preventing or treating blood clots."

The milvexian study is the first of several assessments of various pills that inhibit factor XIa, according to lead researcher Weitz. The results of the other studies will likely be released next year, Weitz said.

The U.S. Agency for Healthcare Research and Quality has more on blood thinners.

DVT in Pictures: Symptoms of Deep Vein Thrombosis, Beyond Leg Pain and More

A painful, swollen leg may be one sign of a dangerous clot. WebMD's slideshow explains the symptoms, treatments, and prevention of deep vein thrombosis (DVT).