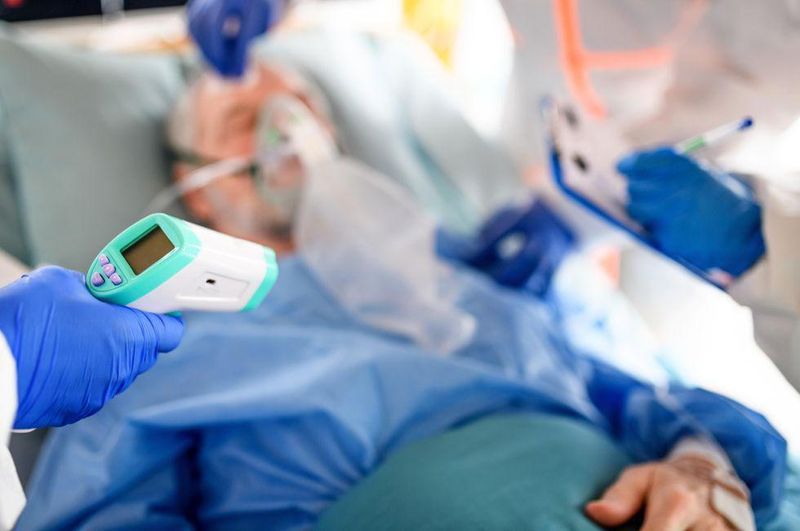 Selective serotonin reuptake inhibitors (SSRIs) are among the most widely prescribed drugs for the treatment of depression. They include drugs like Lexapro (escitalopram), Paxil (paroxetine) and Zoloft (sertraline).

"We saw that patients taking SSRIs were (on average) 8% less likely to die from COVID-19 than matched controls," said study author Marina Sirota. She's an associate professor with the Bakar Computational Health Sciences Institute at the University of California, San Francisco.

Even more encouraging was the higher survival rate among those taking two specific SSRIs — Prozac (fluoxetine) and Luvox (fluvoxamine). The 481 patients taking either Prozac or Luvox alone — without any other antidepressant — were 26% to 28% less likely to die from COVID-19, the study team found.

With more than 5 million deaths worldwide already attributed to the lethal coronavirus, the study offers welcome news, with one expert calling Luvox, in particular, a "massive game-changer."

The finding follows a review of the experiences of more than 10,000 COVID-19 patients. All were treated at one of 87 facilities across the United States between January and September 2020.

All also shared similar medical and socioeconomic backgrounds pre-diagnosis, but there was one crucial difference: roughly one-third were taking an SSRI.

Reporting Nov. 15 in JAMA Network Open, Sirota and her colleagues noted that about 500 patients (nearly 15%) who had been taking an SSRI died from COVID-19, compared with a little more than 1,100 (nearly 17%) of those not on an SSRI.

And the apparent protective effect of SSRIs increased significantly when focusing on Prozac and Luvox. Just 48 of the 481 patients (10%) on Prozac or Luvox died.

Similar encouraging results were recently reported for Luvox in the journal The Lancet Global Health.

So what's going on? Sirota said it's too soon to say for sure.

"Our study," she stressed, "simply shows an association between SSRIs and COVID-19 outcomes, and doesn't investigate the mechanism of action of why the drugs might work. Additional studies need to be carried out to investigate this question, as well as why certain SSRIs might be more protective than others."

In a similar vein, Sirota said it's premature to recommend using SSRIs as a treatment for COVID-19. "Additional clinical trials need to be carried out before these drugs can be used in patients going forward," she cautioned.

Still, several theories were offered by Dr. Nicolas Hoertel, an associate professor of psychiatry with Paris University and Corentin-Celton Hospital in France.

Hoertel also pointed to recent German research that identified the impact that SSRIs have on a particular kind of cellular fat (lipid), which the COVID-19 virus relies on to gain access to a patient's cells. SSRIs were found to trigger a drop in such lipids, he said, with Prozac and Luvox exhibiting the strongest lipid-lowering impact.

"This mechanism could lead to both anti-viral and anti-inflammatory effects depending on the dose prescribed," he noted.

This could turn out to be good news for the global effort to rein in COVID-19, particularly in poorer regions where vaccination rates remain low and access to treatment is limited, said Hoertel.

Moreover, "it could constitute a powerful additional weapon to vaccines against the virus," he added, "and a massive game-changer to public health, given its wide availability, long-term known tolerability and low cost, if health and political authorities seize this opportunity."

As for Prozac, Hoertel noted that this "essential medicine" (so deemed by the World Health Organization) seems to exhibit the strongest lipid-lowering power among all SSRIs, "and possibly the greatest effect in this study." But he cautioned that more research will be needed to confirm any anti-COVID benefit.

There's more on COVID-19 treatment at the U.S. Centers for Disease Control and Prevention.