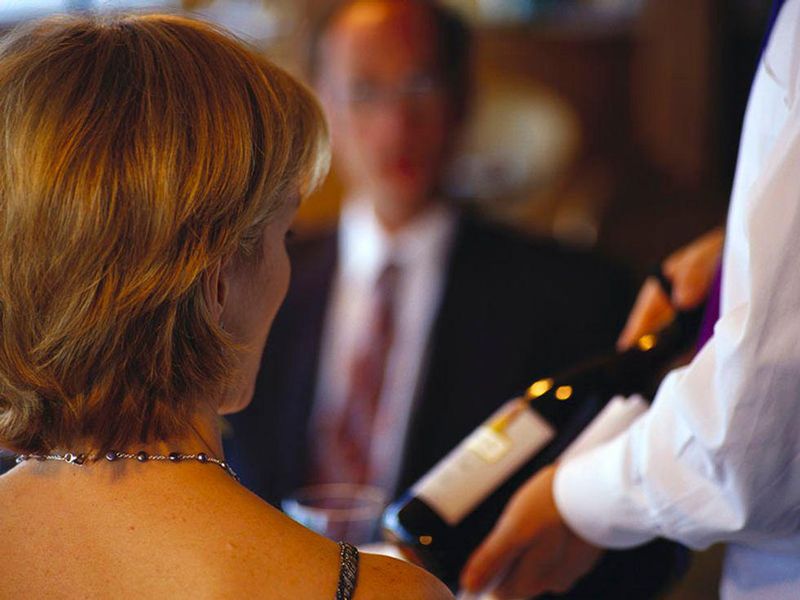 Wine lovers, beer drinkers and those who enjoy a martini now and then have long been told that moderate drinking beats total abstinence.

Unfortunately, new German research is throwing some cold water on that advice, finding that premature death among non-drinkers is likely the result of unrelated health problems that have little to do with the decision to forgo Chardonnay or Tanqueray.

"For many years, the belief in medical care was that low-to-moderate alcohol drinking may add to health, in particular to cardiovascular health," said lead researcher Ulrich John.

Red wine in particular, he noted, has received a lot of attention for its purported ability to give moderate drinkers a longevity leg up over abstainers.

"This does not seem to be justified in the light of the present study," said John, a professor emeritus of prevention research and social medicine with the Institute of Community Medicine at University Medicine Greifswald, in Germany.

Why? Because "the majority among abstainers seem to have severe risk factors in their life" that existed before any decision to not drink.

In a report published online Nov. 2 in PLOS Medicine, John and his colleagues presented results of a survey of more than 4,000 German men and women who were 18 to 64 years of age when they were interviewed between 1996 and 1997.

All were asked to reveal their drinking habits in the preceding year, along with information about their overall health history, and alcohol and drug use. Death data were available from a follow-up 20 years later.

Just over 11% said they had abstained from alcohol during the prior year. But about nine in 10 of them said they had been drinkers at one time, the findings showed. Nearly three-quarters had at least one major risk factor for early death, including risky alcohol consumption and tobacco use.

Among abstainers, just over one-third said they had a prior alcohol abuse problem, while about half said they smoked daily, for instance. About 11% described their overall health status as "fair" or "poor."

The investigators also found that premature death from cancer or heart disease was no higher among the abstainers who had no other health risk factors than it was among low-to-moderate drinkers.

"We were surprised by the large proportion of those who had former alcohol or drug use disorders among the abstainers," John said.

But in the end, he added, "the majority of alcohol abstainers had severe health risk factors that might explain the greater likelihood to die early, in contrast to the low-to-moderate drinkers."

John's advice: "Please do not drink alcohol for health reasons." If a healthy life is the goal, he added, "the optimum is not to drink alcohol."

The findings come as little surprise to Lona Sandon, program director of the department of clinical nutrition at the UT Southwestern Medical Center in Dallas.

There is no compelling reason a non-drinker should start using alcohol in order to promote health or reduce risk of disease, she said.

"And for people with high risk of cancer, particularly breast cancer, any amount of alcohol is not recommended," Sandon added.

But what about all the reported health benefits of red wine?

In an online report, the Mayo Clinic acknowledged that antioxidants in red wine may increase levels of HDL ("good") cholesterol, while polyphenols such as resveratrol have been said to help limit blood vessel damage and reduce blood clotting risk.

Could that mean that red wine is the exception to the new advice? So far, the research aiming to prove as much has been inconclusive, according to the Mayo Clinic report.

And Sandon cautioned that when it comes to promoting health, "red wine does not make up for poor diet, and lack of exercise or other healthy habits."

She recalled a client who was an avid runner.

"She wanted to lose some body fat in hopes to improve her running times," Sandon said. "She was also drinking red wine on a near daily basis as she believed it to be a healthy habit."

As it turned out, the woman was actually drinking the equivalent of two to three drinks a day. "At this amount, it is no longer healthy, and the extra calories were not helping her to reach her weight-loss goals," Sandon said.

Her advice: "Don't fool yourself into thinking red wine is the fountain of youth. It may actually do more harm than good."

There's more about the risks and benefits of drinking at the Harvard School of Public Health.