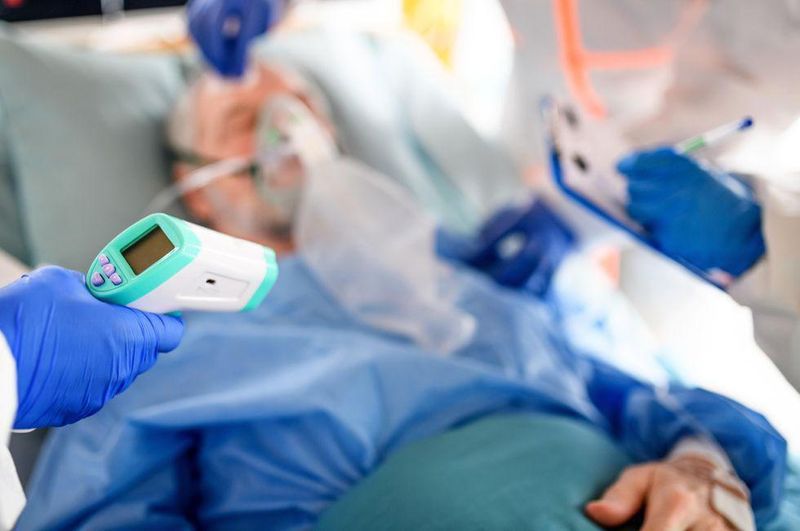 The worldwide death toll from COVID-19 surpassed 5 million on Monday, and the more than 740,000 lives lost in the United States is the most of any nation, Johns Hopkins University data show.

"This is a defining moment in our lifetime," Dr. Albert Ko, an infectious disease specialist at the Yale School of Public Health, told the Associated Press. "What do we have to do to protect ourselves so we don't get to another 5 million?"

Being a wealthy country provided little protection: The United States, Britain, Brazil and European Union account for one-eighth of the world's population, but nearly half of all reported COVID-19 deaths since the pandemic began 22 months ago, the AP reported.

"What's uniquely different about this pandemic is it hit hardest the high-resource countries," Dr. Wafaa El-Sadr, director of ICAP, a global health center at Columbia University in New York City, told the AP. " That's the irony of COVID-19."

Wealthier nations tend to have larger numbers of older people, cancer survivors and nursing home residents, all of whom are vulnerable to COVID-19, El-Sadr noted, while poorer countries typically have larger shares of children, teens and young adults, who are less likely to fall seriously ill from the coronavirus.

For example, despite a terrifying Delta surge that peaked in early May, India now has a much lower reported daily death rate than Russia, the United States or Britain, though there is uncertainty around its figures, the AP said.

But within countries, poverty still played a role: In the United States, COVID-19 has taken a bigger toll on Black and Hispanic people, who are more likely than white people to live in poverty and have less access to health care.

"When we get out our microscopes, we see that within countries, the most vulnerable have suffered most," Ko told the AP.

The death toll rivals the number of deaths caused by battles among nations since 1950, according to the Peace Research Institute Oslo.

COVID-19 is now the third leading cause of death worldwide, behind only heart disease and stroke. The staggering statistic is almost certainly an undercount because of limited testing and people dying at home without medical attention, especially in poor parts of the world, the AP said.

Visit the U.S. Centers for Disease Control and Prevention for more on COVID-19.