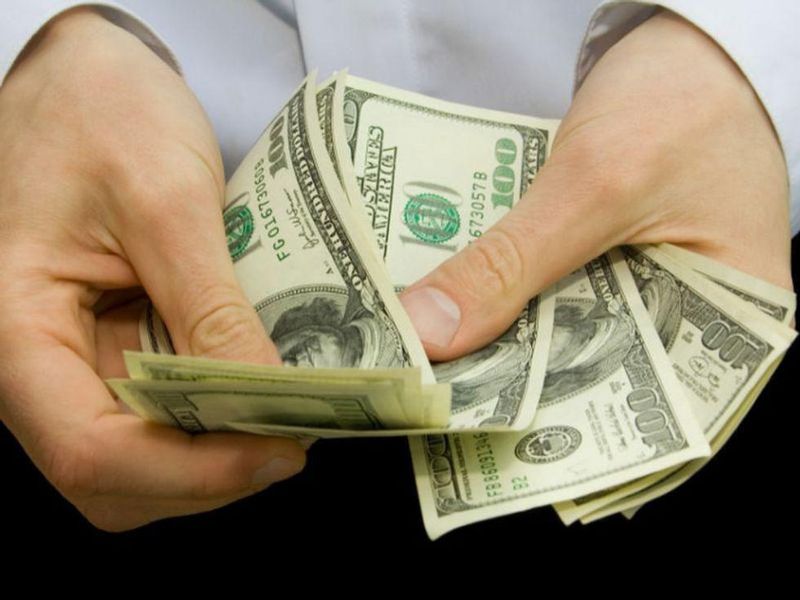 Can offering small cash cards, say for $25, be the difference between someone choosing to get their COVID-19 vaccine or waiting?

Yes, according to a study in North Carolina that offered $25 cash cards to people who got vaccines last spring at sites in four participating counties.

About 9% of those surveyed after getting their vaccines said that they would not have come to get vaccinated if it were not for the cash card. About 15% said they had waited to get a vaccine until they found an event with an incentive.

"We actually planned the evaluation of this pilot incentive program from the very beginning because we knew that we wanted to better understand what was working, what we might want to modify, as we thought about scaling this program to other places in the state, as well as other strategies to increase vaccinations in North Carolina," Wong said.

Public health officials added a twist to the program: paying $25 to both the vaccine recipient and the person who drove them to the event, though not two $25 cards if people drove themselves.

Paying the driver may have reduced transportation barriers for some. It also may have encouraged the types of one-to-one conversations with people who are known and trusted by those who still needed to get vaccinated, Wong said.

"We were very intentional about doing that because we knew that for some individuals in North Carolina there were real transportation barriers to be able to get to a vaccine site," Wong said.

In designing its incentives and evaluation of their success, public health officials looked back at past behavioral science research, including incentives offered for other vaccinations and cancer screenings, Wong said.

Guaranteed incentives can offset costs, such as lost wages, transportation and child care, according to the study.

Different types of incentives may make a difference for individuals. Tickets to an amusement park may have been influential for people with kids, for example, Wong said.

In particular, these small incentives helped address cost barriers to vaccinations for historically marginalized populations, including those who are lower income, Hispanic and Black, Wong noted.

"We were so pleased to see that. And that was why, that was certainly part of the reason that we wanted to do these surveys so that we could actually really look down to that level of equity so that we could better understand for whom was this important and was it really helping to address some of these barriers," Wong said.

The program distributed 2,890 cash cards to vaccine recipients and another 1,374 to drivers. The incentive program offered different amounts of money at times. The researchers found the rate of decline in vaccine uptake, at a time when numbers were declining across the country, was halved in places that had these incentives.

The findings were published online Oct. 25 in JAMA Internal Medicine.

Mitch Rothholz, chief of staff for the American Pharmacists Association, which was not involved in this study, wondered if the incentive for drivers may have made the difference in vaccine uptake in the North Carolina program.

Sometimes, incentives have backfired because people have been suspicious of their intent, Rothholz said.

"I think every individual has different perspectives that's going to motivate them to get vaccinated. We found it's really an individual decision," Rothholz said. "In the work we've done on vaccine confidence, a lot of it has also been the relationship and the discussions that they've had with other individuals that they respect in their community, like their pharmacist."

It can take several interactions — while listening, providing information and being nonjudgmental — for someone to decide to get vaccinated, Rothholz said.

In its research profiling who was still unvaccinated in late May, the Kaiser Family Foundation (KFF) determined that unvaccinated adults were younger, less educated, more likely to be Republican, people of color and those who did not have health insurance.

The key demographic differences between the "definitely not" and "wait-and-see" groups were racial and ethnic identity and political partisanship, according to the foundation, with the definitely nots having a larger number of people who were white and considered themselves to be Republican and the waiting group being more diverse, with about half of all those included being people of color.

By September, KFF found that more than seven in 10 adults reported being at least partially vaccinated, across racial and ethnic groups. It continued to find large gaps in vaccine use by partisanship, education level, age and health insurance status.

Various incentives, including time off work to recover from a vaccine or paid transportation, were effective in moving the wait-and-see group, said Ashley Kirzinger, associate director of public opinion and survey research at KFF. She also noted that these programs do seem to have helped with vaccine equity.

"I think it's important to realize that these kind of incentive programs can move the needle, especially in populations that are more open to getting a vaccine but are facing access issues, but we haven't found any evidence that it's going to persuade the most resistant populations," Kirzinger added.