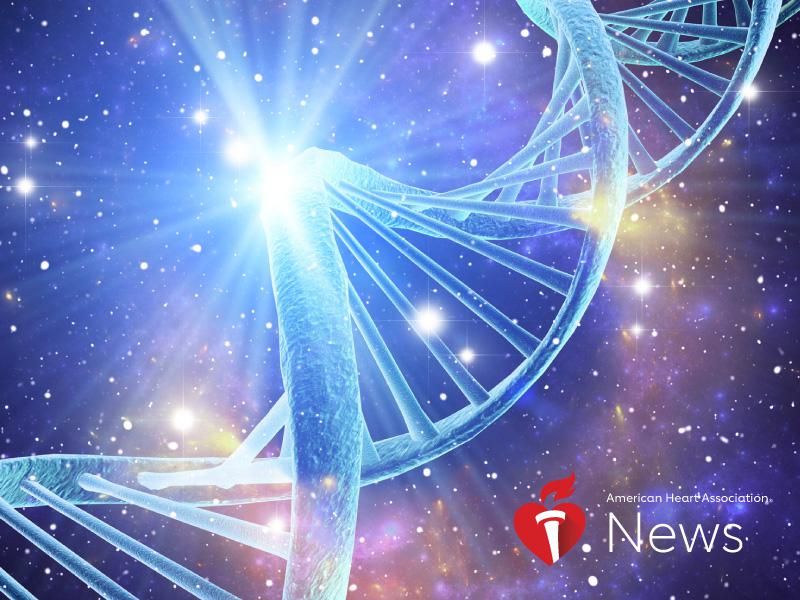 Scientists already knew radiation exposure and a lack of gravity stress the bodies of astronauts. But new research may offer a better idea of what's driving some of that. It's a clue that could help them measure the physical impact of space travel to detect problems earlier.

It involves mitochondria, known as the powerhouse of the cell because these tiny structures inside cells produce energy. Mitochondria have their own DNA, and when they undergo stress or other damage, that DNA is released and causes cellular damage and other problems elsewhere in the body.

Previous research shows increased levels of this circulating cell-free mitochondrial DNA can help predict how people with diabetes, rheumatoid arthritis and cardiovascular diseases will fare. And a breakdown in the normal activity of mitochondria has been linked to the development and progression of heart failure.

In the new study published Wednesday in the Journal of the American Heart Association, researchers examined blood samples of 14 NASA astronauts who took five- to 13-day missions to the International Space Station between 1998 and 2001. Blood samples were taken three times: 10 days before the launch, the day of their return and three days after the landing.

All 14 astronauts had increased levels of free-floating mitochondrial DNA in the blood on the day of landing and three days after, ranging from two to 355 times higher than pre-space travel.

That huge range makes it hard to draw any conclusions, said the study's senior author Dr. David Goukassian. Still, he said, the increased levels are possibly harmful because mitochondrial DNA drives inflammation when it leaks into the rest of the body.

The researchers, funded in part by NASA and the American Heart Association, also looked at astronauts' white blood cells. They found a significant increase in markers of inflammation, DNA damage and oxidative stress, which is a disruption in the balance of molecules that harm healthy tissue in the body and antioxidant defenses that neutralize them.

"It's a vicious circle: Radiation may induce DNA damage, which may induce oxidative stress, which leads to inflammation, which can lead to DNA damage," said Goukassian, a professor of cardiology at the Icahn School of Medicine at Mount Sinai in New York City.

As NASA plans to send astronauts back to the moon and to Mars, scientists need a better understanding of how people are affected by radiation, the relative lack of gravity in space, and issues like confinement and erratic sleep cycles, Goukassian said.

"Deep space exploration is dangerous for many reasons, but we need to know as much as possible about the adverse health effects so we can protect humans from stressors before, during and after exploration-type space missions."

Jamila Siamwala, a researcher on NASA's Twins Study, said the new study was limited by its small size, short length and lack of information about the astronauts' health.

Still, the findings are another key part of a growing body of evidence about the risks of human spaceflight, said Siamwala, an assistant professor of molecular pharmacology, physiology and biotechnology at Brown University in Providence, Rhode Island. She was not involved in the new research.

She said even as scientists look for ways to put astronauts into artificial hibernation to travel deeper into space, they still don't fully understand how space disrupts blood flow in a species that's so accustomed to gravity.

"I cannot tell you how important these studies are," Siamwala said. "Before we start thinking about commercial spaceflight or establishing factories in space, we need to understand how the body responds to these drastic conditions in such a hostile place."