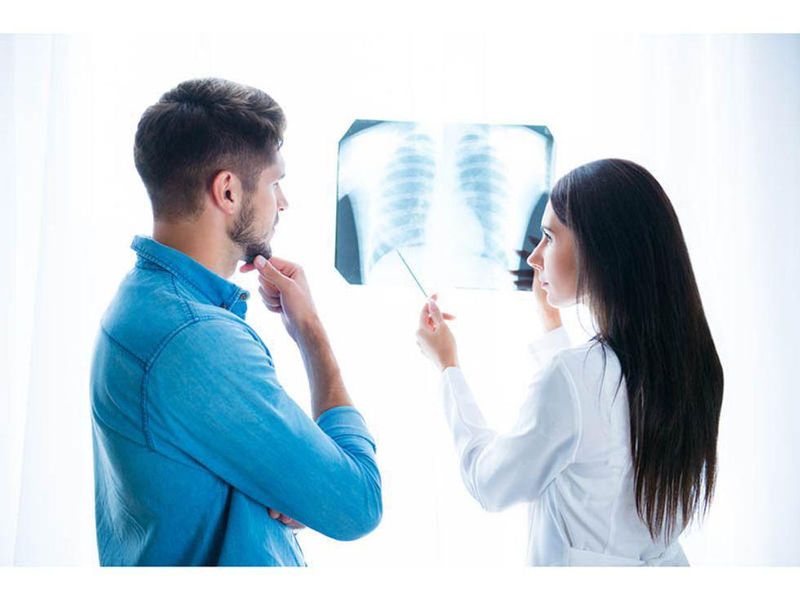 There's some encouraging news for people who develop lung cancer even though they've never smoked.

Precision drugs already approved by the U.S. Food and Drug Administration can be used to treat 78% to 92% of their tumors, a new study reports. These precision drugs target specific mutations in tumors.

Most never-smokers' lung tumors have so-called driver mutations, specific mistakes in DNA that fuel tumor growth. A variety of drugs can block these mutations. Among smokers, only about half of lung cancers have these mutations, according to researchers.

Study author Dr. Ramaswamy Govindan said most lung cancer studies have focused on smokers, and even those that investigated the disease in people who have never used tobacco have not looked for "specific, actionable mutations" in a systematic way. An accurate tissue study is essential, he said.

"The patient must have a high-quality biopsy to make sure there is enough genetic material to identify key mutations," said Govindan, a professor of medicine at Washington University School of Medicine in St. Louis. "But testing these patients is critical. There is a high chance such patients will have an actionable mutation that we can go after with specific therapies."

His team analyzed lung tumors from 160 patients with lung cancer and no history of smoking. Researchers also compared data from these patients with data from smokers and never-smokers compiled by a pair of U.S. National Institutes of Health programs that characterized different types of cancer.

"Tobacco smoking leads to characteristic changes in the tumor cells, so we can look for telltale signs of smoking or signs of heavy exposure to secondhand smoke, for example," Govindan said in a university news release. "But very few of these patients' tumors showed those signs, so we could verify that this was truly a sample of lung cancer tumors in patients who had never smoked or had major exposure to tobacco smoke."

About 7% of these patients had evidence of mutations at birth that raised the risk of cancer -- either inherited or arising randomly, adding to the mystery of what causes lung cancer in people who have never used tobacco, the study found.

"There appears to be something unique about lung cancer in people who have never smoked," Govindan said. "We didn't find a major role for inherited mutations, and we don't see evidence of large numbers of mutations, which would suggest exposure to secondhand smoke."

"The most important finding is that we identified actionable mutations in the vast majority of these patients -- between 80% and 90%," Govindan said. "Our study highlights the need to obtain high-quality tumor biopsies for clinical genomic testing in these patients, so we can identify the best targeted therapies for their individual tumors."

The findings were published Sept. 30 in the Journal of Clinical Oncology.

For more about lung cancer and treatments, visit the American Cancer Society.