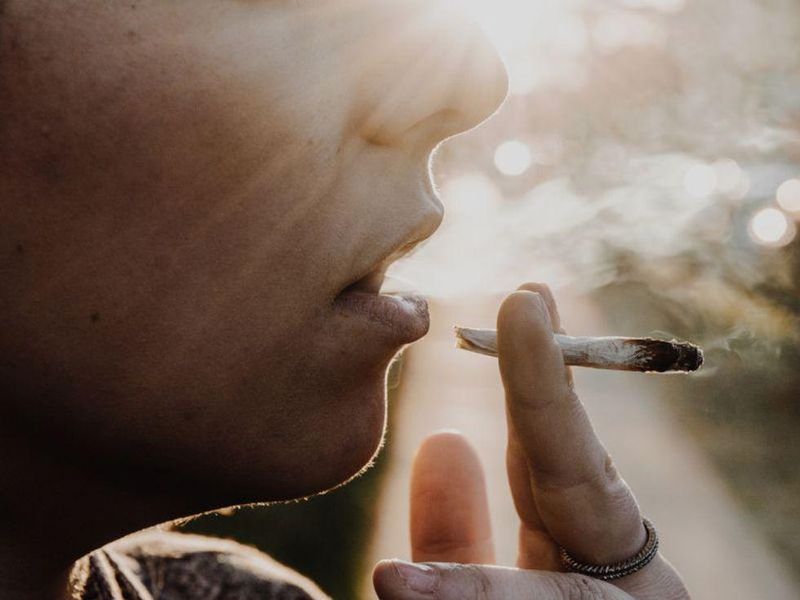 More U.S. teens use e-cigarettes, traditional cigarettes and marijuana together, posing greater risks to their health and behavior than if they used only one substance, a new study finds.

Called "triple users," this group score high on a profile of psychosocial risk, which includes fighting, risky sexual behavior and behaviors such as not wearing seat belts, according to lead researcher Thomas Wills.

And they account for nearly 1 in 5 high school students, survey results show.

"This is in a context where there has been debate about the legalization of recreational marijuana use, some claiming that recreational marijuana would only be used by adults, but others arguing that it would soon filter down to adolescents," said Wills, a professor and director of the Cancer Prevention in the Pacific Program at the University of Hawaii Cancer Center.

These and other recent data show that a substantial proportion of high school students are using marijuana and that teens tend to use both marijuana and e-cigarettes. In the data analyzed, the dual and triple users together made up a third of the adolescent users.

"This is not a rare occurrence," Wills said.

For the study, the researchers looked at data from the 2019 Youth Risk Behavior Survey on the use of e-cigarettes, combustible cigarettes and marijuana among U.S. high school students.

They found that 44% of teens didn't use any of these products. Triple users made up 17% of the sample, followed by cigarette and marijuana users, 16%, and e-cigarette users, 13%.

In terms of those likely to engage in risky behaviors, triple users ranked highest. E-cigarette users ranked above nonusers, but below users of both cigarettes and marijuana.

"Marijuana, which was formerly regarded as an extreme drug along with heroin and cocaine, has now moved into a prominent position, along with substances that are widely used by adolescents," Wills said. "There is also a clear implication that e-cigarettes, which have been consistently linked to onset of cigarette smoking, probably play a similar role for marijuana."

E-cigarettes are disproportionately used by lower-risk adolescents, because they are perceived to be safer than combustible cigarettes, Wills said.

"But once e-cigarettes have been taken up, they seem to set in motion a process that involves other substances. So instead of a large group of single users, you now have a group of triple users," he said.

E-cigarettes, he added, are clearly a factor in nicotine addiction among teenagers. And there is mounting evidence that e-cigarettes and marijuana are both linked to respiratory illness in the near term, like adolescent asthma, with the likelihood of longer-term harms such as lung damage, he said.

"Bottom line is that e-cigarettes are not harmless and that industry efforts to promote them in venues popular with teenagers through social media need to be countered," Wills said.

Patricia Folan, director of the Center for Tobacco Control at Northwell Health in Great Neck, N.Y., said these findings are "very disturbing, particularly with respect to the dual- and triple-use individuals."

The tobacco control work that has been done for several years in the United States does not seem to be resulting in its desired effect among American young people, said Folan, who had no role in the new study. Research about e-cigarettes has clearly shown they are health hazards.

"However, teens may be relying on deceptive manufacturer claims, social media and their peers for information about these products, rather than scientific data," she said. "In addition, since many states are now legalizing marijuana, teens may believe it is safe, or even harmless, with no health or safety consequences."

"These campaigns need to highlight the dangers associated with use, including the likelihood of addiction, harm to the developing brain and lung injury," said Folan.

Anti-tobacco media ads directed at adult tobacco users have succeeded in increasing quit attempts and decreasing smoking in this population, she pointed out.

"Besides education, regulation and age restrictions for these products need to be enforced to prevent another epidemic of smoking and tobacco use that may result in decades of addiction and poor health," Folan said.

The report was published online Sept. 28 in the journal Pediatrics.

For more on smoking and teens, see the U.S. Department of Health and Human Services.