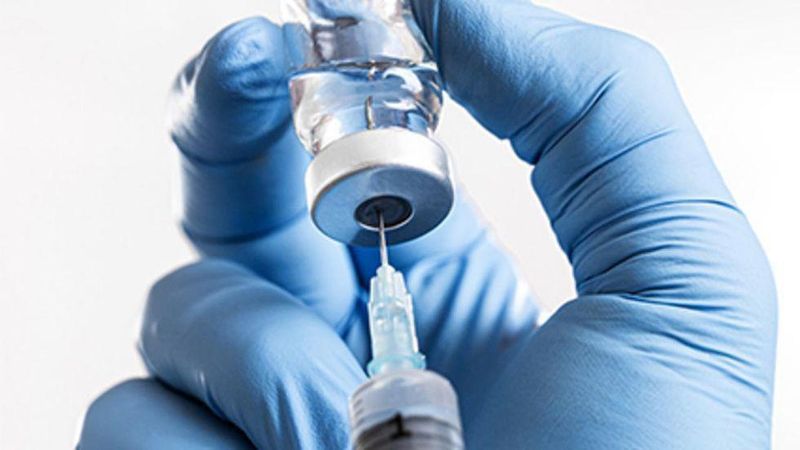 Two of the country's top political leaders put talk into action on Monday, getting their booster doses of the Pfizer coronavirus vaccine.

As they received their third dose of vaccine, President Joe Biden and Republican Senate Leader Mitch McConnell both called for Americans to get vaccinated and to get their boosters when and if eligible, the Associated Press reported.

Both the U.S. Centers for Disease Control and Prevention and the U.S. Food and Drug Administration last week recommended a third dose of the Pfizer vaccine for Americans aged 65 and older. They also approved the booster doses for individuals aged 18 to 64 who have pre-existing medical conditions and others who work in high-risk environments.

"Boosters are important, but the most important thing we need to do is get more people vaccinated," said Biden, who is 78.

McConnell, 79, a polio survivor, added, "Like I've been saying for months, these safe and effective vaccines are the way to defend ourselves and our families from this terrible virus."

Biden had his first shot on Dec. 21 last year and his second dose on Jan. 11 before getting the booster in front of reporters Monday. He said he had no side effects after his first two shots and hoped for the same after the third shot, the AP reported.

Vice President Kamala Harris, 56, is not yet eligible for a booster because she received the Moderna vaccine. Federal regulators have not yet authorized boosters for that vaccine or one made by Johnson & Johnson, the AP reported.

About 100 million Americans are fully vaccinated with the Pfizer vaccine. Evidence from research in Israel and early U.S. studies found protection against breakthrough cases of the virus improved after the third dose. Federal regulators recommend taking the booster dose at least six months after the second dose.

While the highly contagious Delta variant has led to months of surging cases and deaths in the United States, nearly 25% of eligible Americans aged 12 and older still have not received any doses of the three available vaccines, the AP reported.

Conversely, over 2.6 million Americans have received a Pfizer booster since mid-August, when third doses were made available for certain high-risk people.

The World Health Organization has called for a pause on U.S. booster doses while poorer nations receive their first and second doses of coronavirus vaccines. While the pause did not happen, Biden announced last week that the United States would purchase 500 million more doses of the Pfizer vaccine — 1 billion over the coming year — to donate to those countries, the AP reported.

The U.S. Centers for Disease Control and Prevention has more on COVID.