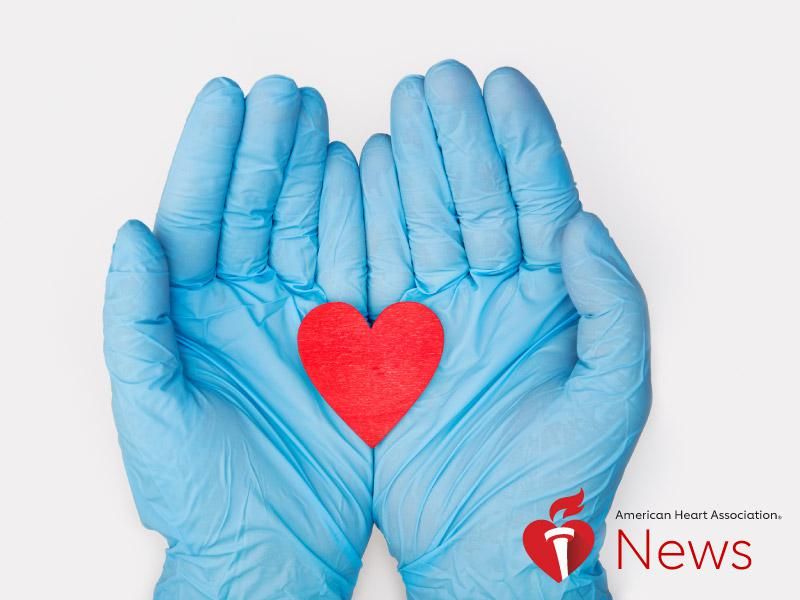 Men and women have similar reasons for becoming – or not becoming – an organ donor, according to a new study. Yet women appear more willing to donate their organs to family members or strangers.

The results, published Sept. 24 in the Journal of the American Heart Association, suggest improving communication among family members about organ donation wishes could help increase and diversify the pool of organs available for transplantation.

"It's important that we start having these hard conversations a little earlier," said Dr. Khadijah Breathett, the study's senior author, a heart failure and transplant cardiologist and assistant professor of medicine in the Division of Cardiology at the University of Arizona in Tucson. "With COVID, it may be a little easier because people recognize the fragility of life, and not knowing what's promised for tomorrow, so these discussions are becoming more common."

In some states, listing "organ donor" on a driver's license might not be enough, especially if your family doesn't know your wishes, Breathett said. To reduce confusion at the time of death, she encourages those who want to donate to sign up on their state's organ donor registry, inform their family and document their wishes on a medical power of attorney.

The lack of donated organs remains a major problem: More than 106,000 men, women and children were on the U.S. transplant waiting list as of Sept. 24, according to the Organ Procurement and Transplantation Network. Every day, 17 people die waiting for an organ, Department of Health and Human Services statistics show. A person is added to the list every nine minutes. According to a 2019 government survey, 90% of adults in the U.S. support organ donation but only half are actually signed up as donors.

The new study was designed to delve into organ donation sex disparities, which has not been extensively studied before, even though receiving an organ from the opposite sex can lead to worse survival rates, particularly with heart transplants. In the U.S., 60% of living donors – for example, of a kidney or a part of the liver – are women. But only 40% of deceased donors are women.

In the study, "both sexes had similar reasons for wanting to donate their organs," said lead author Erika Yee, a medical student at the University of Arizona. "They had a desire to help others. They had personal experiences with organ donors or recipients, or they said they have no use for their organs after death. So why not donate?"

When people who were not registered donors were asked why, half cited personal fears and more than a third said medical mistrust, with no differences by sex. Other reasons included background knowledge about the transplantation process (33%), religious reasons (20%), and wanting their body to be intact for burial (19%). About 40% of men and women said more information might change their willingness to donate.

The researchers used a global crowdsourcing marketplace to recruit 667 participants for a survey in 2019. Researchers can select inclusion and exclusion criteria. Eligible participants can choose to participate based upon their interest and the compensation offered, which in this case was $1.

This method provided a "convenience sample," which inherently lacks randomization, and the researchers acknowledged important differences between the people who chose to participate and the general U.S. population. For example, 69% of the participants were white, 55% were women, 80% were 50 or younger, and 68% had an associate degree or higher.

The authors noted this as a limitation, as well as that a greater proportion of the excluded participants were married and Hispanic ethnicity.

"Systemic racism and bias are known issues affecting patients of color," they wrote, "and socioeconomic status also impacts likelihood of donation. This study lacks the viewpoint of these important intersectional groups." However, they said, since fewer women become deceased organ donors, the oversampling of women is a strength.

Although the study might not be generalizable to the entire U.S. population, it's important to know people's reasons for not donating, said Dr. Michael Givertz, medical director of Heart Transplant and Mechanical Circulatory Support at Brigham and Women's Hospital in Boston.

Givertz, who was not involved in the study, was surprised that 36% of non-donors cited medical mistrust as a reason.

"I think that what we do as transplant providers is extremely ethical and trustworthy," said Givertz, who is also a professor of medicine at Harvard Medical School, "but based on this survey, that's not always the case, or at least, not widely acknowledged."

"A single organ donor can give a gift of life to a heart patient, to lung patients, to kidney patients and liver patients," Givertz said. "I don't think people realize that."