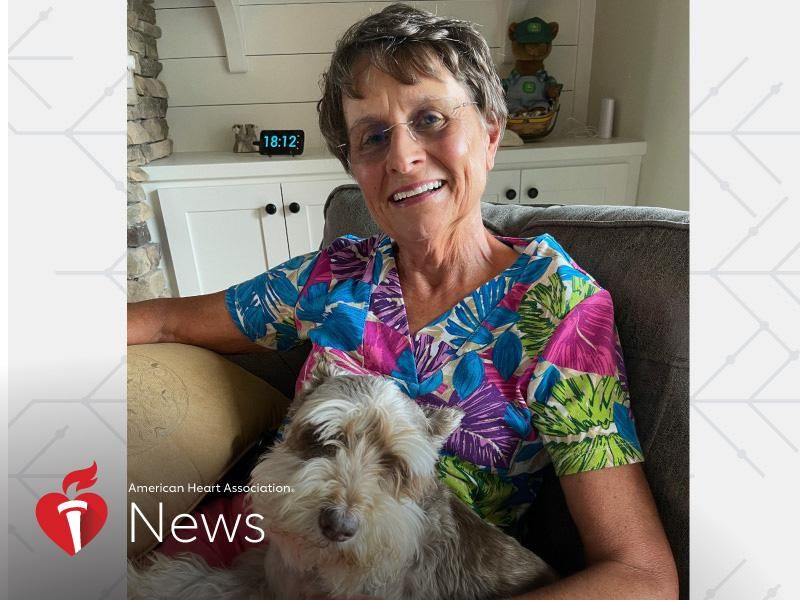 Most people Pamela Anderson Bowen meets wonder about her accent. Sometimes they try to guess the origin. Maybe Russia? What about Sweden?

"I'm from here," the North Carolina resident will answer. Then she waits for the inevitable follow-up question about where she grew up and developed the unusual lilt in her voice.

Pam has lived in North Carolina most of her life, except for a few years in Michigan for work. It was the accent itself that arrived nearly a decade ago.

In 2012, Pam was in the shower. When she went to turn off the knob with her right hand, she couldn't move her arm. She felt the muscles on the right side of her face droop and she couldn't speak. Pam, then 58, knew she was having a stroke.

Her husband, Larry, happened to walk into the bathroom around the same time. Seeing the panicked look on her face, he ran to help her.

At the hospital in nearby Winston-Salem, doctors discovered Pam indeed had a stroke – and she'd had two others previously. All were caused by something called antiphospholipid antibody syndrome. Her immune system mistakenly created antibodies that made her blood much more likely to clot. Since that diagnosis a year earlier, Pam had been taking an aspirin daily to prevent clotting.

In her case, doctors said, the clot likely created by her condition traveled through an undiscovered hole in her heart.

She was released from the hospital within three days. By then, Pam had regained feeling in her arm but needed physical and occupational therapy to improve her grip and to relearn things such as eating and brushing her teeth.

Pam was diagnosed with foreign accent syndrome, a rare side effect after a stroke. Because of a rewiring in her brain, her pronunciation takes on different accents. None are linguistically distinct to a single language or dialect. An hourlong conversation with her might include a deep Southern drawl and various European-sounding accents.

"It switches around a lot, but I can still cuss in Southern," she likes to tell people. "People seem to be nicer when you talk foreign instead of Southern. But when I'm doing talk-to-text with my iPhone, it has trouble understanding me."

Larry has grown accustomed to the new sound that at first surprised him.

Pam understands the fascination others have about her accent. But she's focused on other fallout, particularly from yet another stroke she had.

In 2016, she had what's called a pontine stroke. That means it was caused by a blood clot in the lower area of the brain called the pons. It left her with occasional balance issues and some vision problems. She also struggles to process thoughts as quickly as before. And she deals with aphasia, sometimes having trouble saying the correct words or remembering words.

For someone who was highly organized and who traveled internationally for work in software support before she retired, that has been a big blow. She's given up driving and stepped away from volunteering as a master gardener. She's also stopped another favorite hobby: flying with Larry on the airplanes he builds, because it made her anxious.

"I don't even like making decisions anymore. They're just too stressful," she said. "Like, when I went to help pick out kitchen cabinets for the house we built, I was just overwhelmed, like I had a panic attack. I'm a Leo. I'm a lion. It's not like me."

Pam does drive one piece of equipment – her tractor, which she uses to cut the grass on their 6-acre home. She feels secure with its many safety features and the absence of traffic. She still gardens, tending to several flower beds and growing vegetables.

While gardening and doing pretty much everything else, Pam has a sidekick: Rowdy, the couple's rescue schnauzer.

"He follows me around constantly," said Pam. "He's such a pleasure and just a character."

To stay in shape, Pam walks at least 10,000 steps a day, and she and Larry have all but eliminated carbohydrates in their diet.

Larry is proud of Pam's recovery.

"The parts she can't do sometimes get to her," he said, "but she doesn't give herself as much credit as she should."