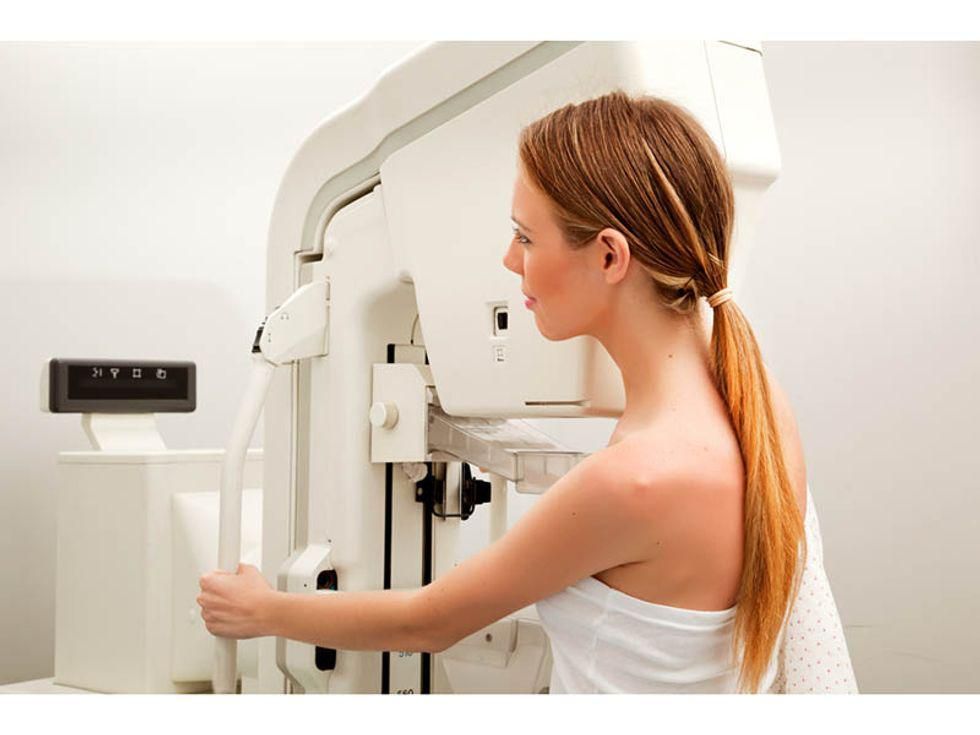 When Nancy Cappello was diagnosed with advanced breast cancer in 2003, she was stunned.

How could this have happened? She went for her annual screening mammogram every year and was always told that all was fine.

Cappello had dense breasts, but no one had ever told her. "The tumor was likely growing for five to seven years," said her husband, Joseph Cappello. "At the time, no one knew what a dense breast was, and no one was talking about it."

As many as 40% of women have dense breast tissue, which increases risk for breast cancer. What's more, mammograms often miss these cancers, leading to later diagnoses when the breast cancer has already started to spread. Nancy passed away at age 66 in 2018 due to complications related to her cancer treatment.

Additional screening tests are often needed to get a better picture of what is going on inside a dense breast. Another complicating factor: Insurance doesn't always cover these follow-up tests, so many women may forgo them even if they know they have dense breasts.

Fortunately, times are changing. The couple started two non-profits, Are You Dense and Are You Dense Advocacy, to increase awareness about breast density.

Their work — along with that of others — is making a difference. New research shows that laws that notify women if they have dense breasts and those that mandate insurance coverage for additional testing are catching on and may help identify breast cancers earlier.

So far, at least 38 states and the District of Columbia have adopted legislation requiring women be notified about their breast density. In 2019, the U.S. Congress passed national breast density notification legislation, but this law has not been implemented yet, said Cappello, the executive director of Are You Dense and Are You Dense Advocacy. Only 11 states and the District of Columbia have legislation that requires insurers to cover the additional screenings for these women.

Largely due to the Cappellos' efforts, their home state, Connecticut, was the first state to enact breast density notification and insurance coverage laws.

For the new study, researchers examined how or if breast density notification and insurance coverage laws affected the stage of breast cancer diagnosis in more than 689,000 breast cancer cases.

"The main takeaway message is that legislation on insurance coverage for supplementary screening seems to have a larger impact on breast cancer stage of diagnosis than notification laws for dense breasts overall," said study author Chan Shen, associate professor of surgery and public health sciences at Penn State College of Medicine, in Hershey.

There were some differences based on age, race and ethnicity. When compared with older women, younger women aged 40 to 49 were more likely to be diagnosed at earlier stages if they lived in states with insurance coverage laws for dense breasts, the study showed.

Notification laws benefited Hispanic women, and they were 11% less likely to be diagnosed at a later breast cancer stage as a result, according to the report.

"Raising awareness is important among Hispanic women; improving communication about dense breasts and access to screening might be more important than legislation among Black women," Shen said.

The results were published online recently in the American Journal of Preventive Medicine.

Simply telling women that they qualify for additional screening is not enough, said Bernik, who was not involved in the new study. "What really seems to matter is whether or not additional studies are covered by insurance," she noted.

If women are covered, these tests should be scheduled or performed at the time of the original mammogram, Bernik suggested. "Women are much more likely to follow through with additional studies if they are set up at the time of the screening," she said.

Are You Dense has more about dense breast tissue and what to do if you have it.