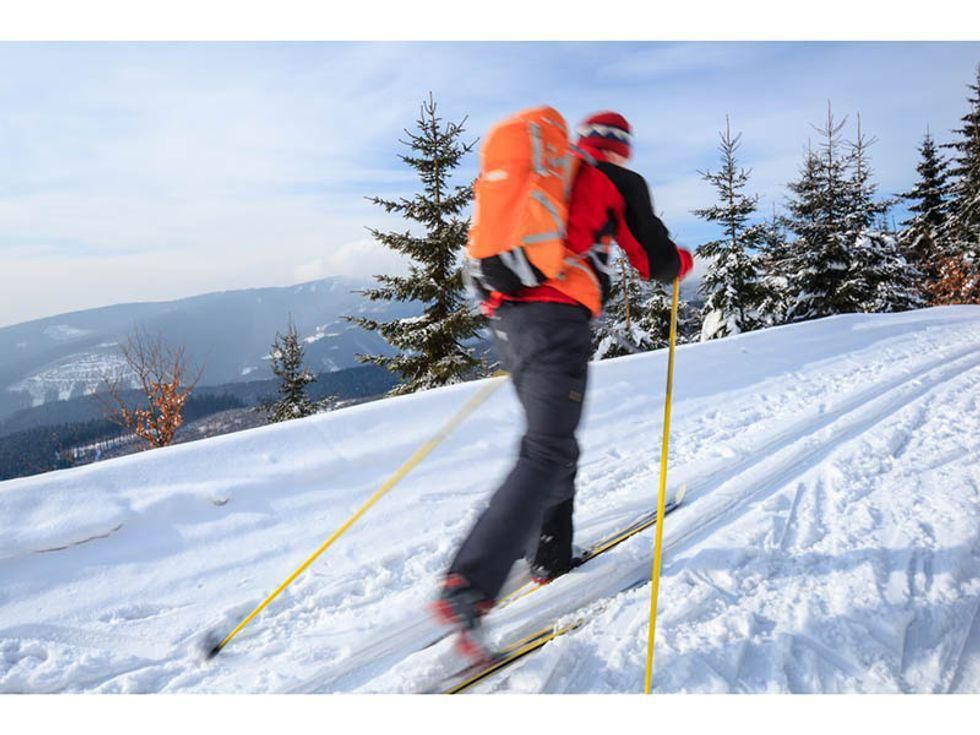 Anxiety prevention may be just a snowy trail away.

Researchers in Sweden spent roughly two decades tracking anxiety risk among more than 395,000 Swedes. Nearly half the participants were skiers with a history of competing in long-distance cross-country ski races. The others were similarly aged non-skiers deemed to be less active.

"We found that the group with a more physically active lifestyle had an almost 60% lower risk of developing anxiety disorders," noted study lead author Martina Svensson, an associate researcher with the Experimental Neuroinflammation Laboratory at Lund University.

Anxiety disorders are common, she and her colleagues noted. About 1 in every 10 people is at risk, with women generally twice as vulnerable as men.

To explore whether physical activity might somehow protect against anxiety, the team focused on men and women who had participated in the Vasaloppet ski race at some point between 1989 and 2010.

The annual Swedish event is billed as the world's largest long-distance cross-country ski race, covering distances of 19 to 56 miles. About half the study participants had done the race; the other half had not.

In the Sept. 10 issue of Frontiers in Psychiatry, the researchers point out that the ski group -- at an average age of 36 -- had healthier eating habits, smoked less, engaged in more leisure-time exercise, and were better educated, compared with the general Swedish population.

Study participants were tracked for an average of 10 years, during which time just under 1,650 participants developed some form of anxiety disorder.

Among both men and women, significantly lower risk was seen among skiers. However, Svensson stressed that while the finding illustrated a link between activity and lower anxiety risk, it did not prove cause and effect.

Digging deeper, investigators identified a notable gender gap. After analyzing race finishing times, skiers were divided into three groups according to performance: those who had clocked the fastest, second-fastest, and third-fastest times.

After analyzing all three groups according to gender, the team found that among men anxiety risk remained equally low -- and lower than non-skiers-- regardless of skiing speed. But that was not the case among women.

"We were surprised to see that physically high-performing women had almost a doubled risk of developing anxiety compared to lower-performing women," Svensson acknowledged.

She stressed that even so, "the total risk of getting anxiety among these high-performing women was still lower compared to the more physically inactive women in the general population. So it seems like both sexes benefit from being physically active, even though the optimal level may differ between men and women."

Svensson said her study didn't analyze potential underlying causes for gender differences. Nor did the researchers investigate precisely why exercise might help cut down on anxiety. Both need further study, she said.

Still, Svensson pointed to "the ability of physical activity to preoccupy the mind and offer distraction from other potentially anxious thoughts." And she noted that "exercise may also fine-tune your body's stress system to better cope with other stressful situations."

James Maddux, a professor emeritus of psychology at George Mason University in Fairfax, Va., expressed little surprise with the findings.

"There is considerable research indicating that exercise of almost any kind -- even a 10-minute walk -- can help people manage anxiety," said Maddux, who is also a senior scholar with GMU's Center for the Advancement of Well-Being.

"Many cognitive-behavioral therapists, in fact, 'prescribe' exercise as an important component of their interventions with clients dealing with anxiety or depression or both," he pointed out.

As to why, Maddux echoed the points raised by Svensson, adding that research has found that engaging in exercise can lead to a sense of accomplishment and greater self-confidence that can result in lower anxiety.

"I think that anyone dealing with anxiety, stress or depression should seriously consider using regular exercise as a strategy for better managing their emotions," Maddux said. "I say this not based on the findings of just this particular study, but on the cumulative research on this issue. You don't have to join a gym or take up cross-country skiing. Just start walking a few minutes every day."

There's more on exercise and mental health at the American Psychological Association.