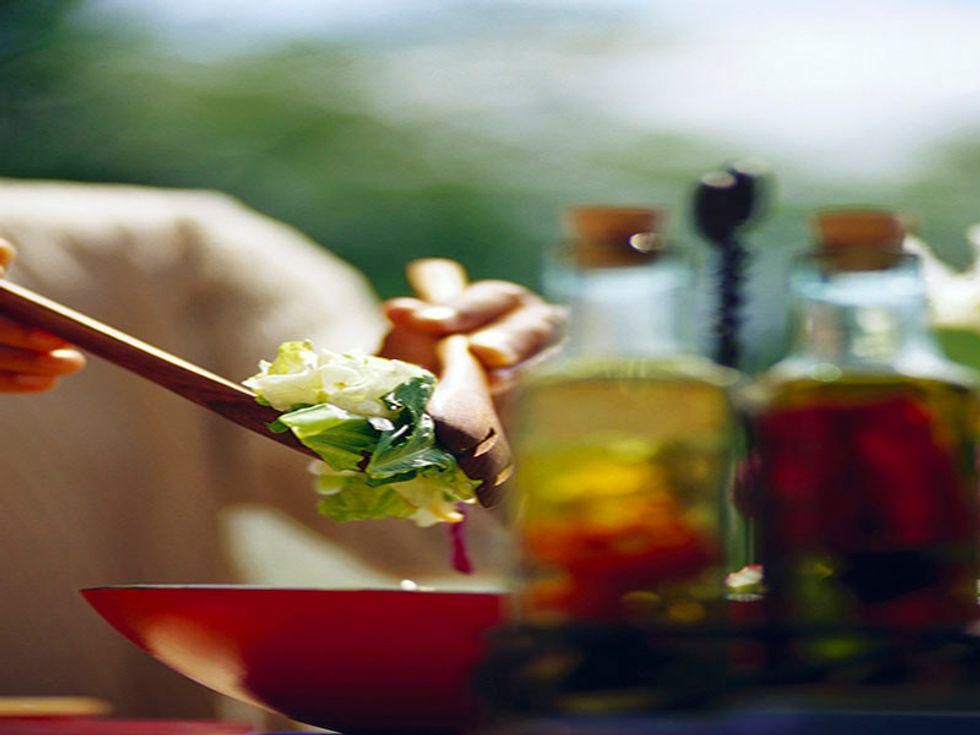 Older adults who regularly eat foods like fish, nuts and olive oil may have less iron accumulation in their brains, as well as sharper memories, a small study suggests.

The brain requires a certain level of iron to function normally, but the aging brain can accumulate an excess amount. And that excess iron has been linked to cognitive decline — a slow deterioration in memory and thinking skills that can lead to dementia.

It's not yet clear that the extra iron actually causes mental decline, or that limiting its buildup will stave off dementia, said Valentinos Zachariou, the lead researcher on the new study.

But diet stands as one potential way to do that, said Zachariou, a neuroscience researcher at the University of Kentucky, in Lexington.

His team found hints that certain dietary nutrients might be protective — including vitamin E and particular fatty acids found in foods like fish, nuts and olive and safflower oils.

Using MRI brain scans, the researchers found that older adults with the highest intakes of those nutrients tended to have smaller iron concentrations in their brain tissue. They also performed better, on average, on standard memory tests, versus their peers whose diets had a relative lack of those nutrients.

The findings show only correlations, and do not prove cause and effect, Zachariou stressed.

What's needed, he said, is an "intervention" trial that directly tests the effects of a diet high in the nutrients.

The study, published online recently in Neurobiology of Aging, is not the first to link diet habits to slower cognitive decline.

The classic Mediterranean diet — high in fish, olive oil, vegetables and whole grains — has been tied to sharper mental acuity in older adults. The same is true of an eating pattern dubbed the MIND diet, which borrows from the Mediterranean diet and also emphasizes berries and leafy green vegetables (a source of vitamin E, among other nutrients).

Zachariou said his study did not focus on any particular diet. Instead, his team was interested in certain nutrients that, based on past lab research, may help remove excess brain iron or counter its ill effects.

"But," Zachariou noted, "there is a lot of overlap between what we found and the Mediterranean diet."

The study involved 73 healthy adults aged 61 to 86. They reported on their intake of particular foods in the past month, as well as their exercise and drinking habits.

In the end, a group of nutrients stood out as being correlated to both brain iron concentrations and memory performance: vitamin E, which is found in foods like leafy greens, nuts and vegetable oils; lysine, found in fish, chicken and beef liver; DHA omega-3 fatty acids, from sources like fish and olive, soybean and safflower oils; and LA omega-6 fats, also found in those vegetable oils, as well as almonds and wheatgerm.

The higher people's intake of those nutrients, the study found, the lower their brain iron concentrations and the better their memory performance.

That was true even when the researchers accounted for participants' age, exercise habits, alcohol intake and education levels — all of which may affect brain health.

But Planells, who is also a spokesperson for the Academy of Nutrition & Dietetics, pointed to the wider reality: Most Americans, of all ages, have important nutrient gaps in their diets — typically consuming just one serving of fruits and vegetables a day, for example.

Because people are "creatures of habit," Planells generally recommends making small, sustainable dietary changes over time, rather than a wholesale makeover: Add a weekly serving of seafood, and have nuts on hand as a snacking option, for example.

Planells added that while diet is key to healthy brain and body aging, there are other factors, too — from physical activity to sleep habits.

"Let's all age gracefully," he said, "by eating well, being physically active, staying mentally engaged, making sure our mental health is taken care of, and getting adequate rest and recovery through sleeping."

The Alzheimer's Association has more on lifestyle and brain health.