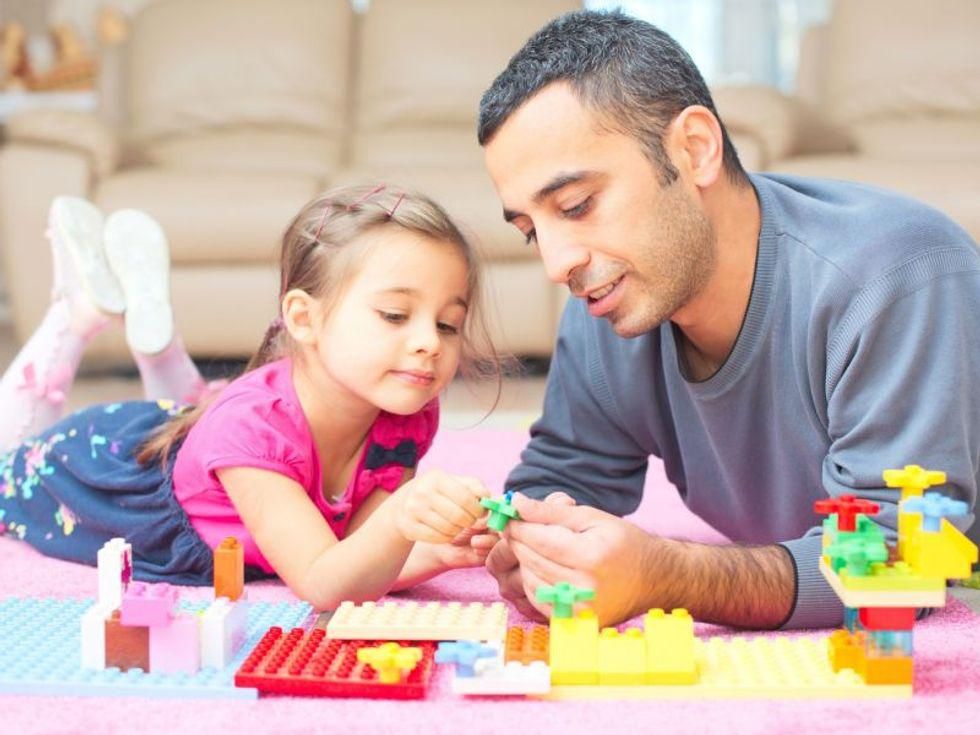 Most parents want their children to live carefree lives, so a diagnosis of childhood cancer is devastating. Fortunately, pediatric cancers are rare.

Yet it doesn't hurt to be watchful for the warning signs, suggest experts in childhood cancer from Penn State Health.

The best screening most parents can do is to stay on track with well-child visits, the doctors said.

"For example, at your child's regular check-up, your pediatrician looks at your child's eye with an ophthalmoscope – that's an early eye cancer screening," said Dr. Lisa McGregor. She is interim division chief of pediatric hematology and oncology at Penn State Health Children's Hospital. "Your child's pediatrician is your first line of defense."

The warning signs of potential pediatric cancer include a lump in your child's belly that could suggest an abdominal mass.

Swollen lymph nodes that remain enlarged for more than a couple of weeks, especially if they didn't occur during a respiratory illness, could suggest a leukemia or lymphoma. Pale skin and unexplained bruises can be a red flag for leukemia. An intense new headache in the morning followed by vomiting can signal a brain tumor.

"Pediatric cancer is very rare," McGregor said in a Penn State news release. "Even if you notice something new, most likely it will be caused by something other than cancer."

Doctors do not recommend screening tests for most children. Studies have suggested that catching the cancer earlier doesn't affect the course of the disease for leukemia, which is the most common cancer, McGregor said.

However, screening is recommended for the approximately 10% of children who have a genetic predisposition to childhood cancer, the doctors noted.

Sometimes parents aren't aware of this genetic tendency until one family member is diagnosed, and then others can be tested, said Dr. Daniel McKeone, director of the Pediatric Cancer Predisposition Clinic at Penn State Health Children's Hospital, one of 50 of its kind in the United States.

Among those inherited risks are "familial adenomatous polyposis," which carries a risk for several types of cancer including colon and liver. Children with this risk will be screened with ultrasounds and blood tests every six months while their risk is highest, until age 7. Then they will be screened with endoscopies starting at age 10, when their colon cancer risk increases.

Another inherited risk is Li-Fraumeni syndrome, which is caused by a mutation in the TP53 gene. That gene normally acts as a tumor suppressor. These children need whole-body surveillance with regular MRIs because they're at higher risk of developing any kind of cancer.

Risks from another well-known gene mutation of the BRCA gene, which can cause breast and ovarian cancers, don't typically show up until young adulthood.

With most of these cancer genetic syndromes, children carry a 50% risk of inheriting the gene mutation from a parent, McKeone said.

More than 15,000 children and young adults receive a cancer diagnosis each year in the United States, and nearly 2,000 kids under age 19 die from this leading killer of children by disease. The five-year survival rate for childhood cancers is 80%, the experts noted.

"I call our clinic the quarterback. We really have to be that resource that coordinates the team and makes sure we address any barriers to care," McKeone said. "Some parents have firsthand experience with these cancers or have seen it in other family members, and others have not. Either way, it can be a significant cause of stress."

The U.S. National Cancer Institute has more on childhood cancers.