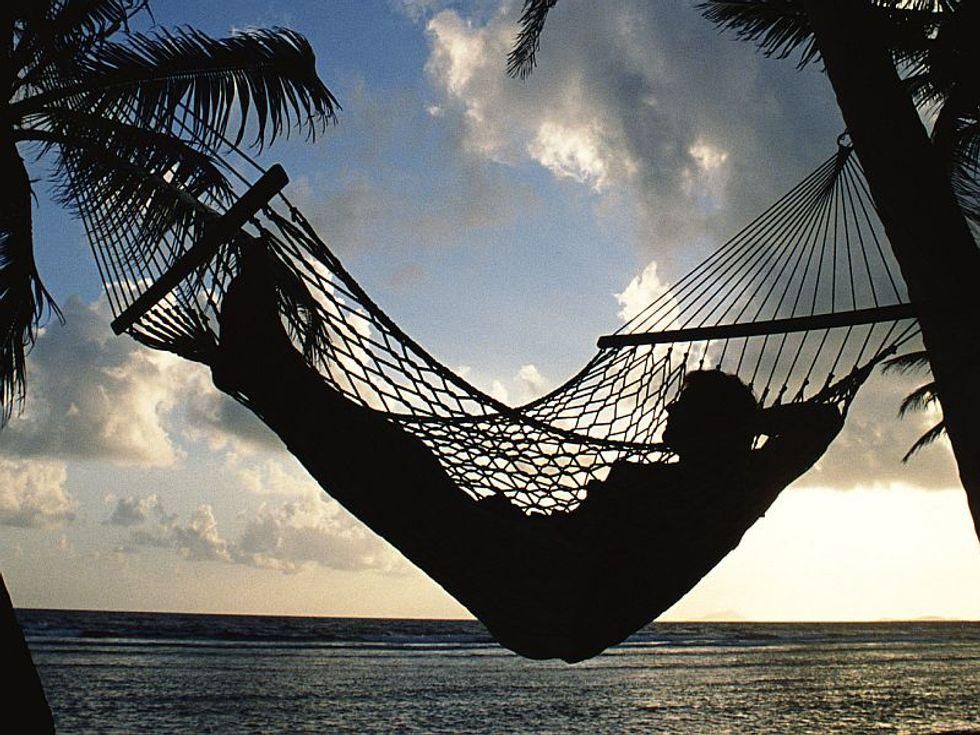 Many people feel their to-do list is overloaded, but there is also such a thing as too much free time, a new study suggests.

In a series of studies, researchers found that having either too little or too much free time seemed to drain people's sense of well-being.

It's no surprise that constantly feeling pressed for time — and the stress that creates — can take a toll on well-being, the study authors said. Many studies have documented as much.

The new findings highlight the other end of the spectrum, according to lead researcher Marissa Sharif, an assistant professor of marketing at the University of Pennsylvania in Philadelphia.

Excessive free time, her team found, may diminish well-being because people feel they are not being productive.

"Productive" means more than simply being busy, Sharif said. Busyness, she noted, has become something of a "status symbol" in today's society — a sign that a person is important.

Feeling productive is different: It's related to our sense of purpose in life. And that may be lacking, Sharif said, when people have too much time on their hands.

The new study, published Sept. 9 in the Journal of Personality and Social Psychology, involved a few data sets.

First, the researchers used two national surveys that asked Americans about their time use and subjective well-being.

In one, of more than 13,600 working adults, those with the least free time — an hour or so a day — tended to give lower ratings to their life satisfaction.

The second survey found the same, but also suggested that an abundance of free time is no better.

That survey included more than 21,700 Americans, employed and not employed. While a dearth of free time was related to poorer well-being, the benefits of extra time seemed to plateau at two hours per day: Having more free time than that did not make people happier.

And well-being started to dip once people had more than five hours of free time.

What exactly makes time "free"? Here, it was defined as time spent doing what you want, not in obligatory activities like work, household chores and dental appointments.

Of course, people may have little free time, or an abundance of it, for various reasons. Sharif's team found that the lesser well-being among people with lots of free time was not explained by unemployment or retirement, or by being unmarried or childless.

There's also the matter, though, of how people spend their free time. So Sharif's team wanted to see whether free time spent productively was different from idleness.

The researchers conducted an experiment in which participants imagined having a moderate amount of free time each day (3.5 hours) or lots of it (7 hours). They also envisioned spending that time either productively (hobbies, exercising or playing with their kids, for example) or unproductively (watching TV, for instance).

Overall, participants felt their well-being would take a dive if they had lots of free time — but only if it was unproductive time.

However, it's hard to translate such a simulated exercise to real life, said James Maddux, a researcher who was not involved in the study.

That's because past research has found a harsh truth: People are bad at predicting what will make them happy, explained Maddux, a senior scholar at George Mason University's Center for the Advancement of Well-Being, in Fairfax, Va.

That said, it does make sense that productive free time would be different from directionless time, according to Maddux.

He pointed to studies on the concept of "flow," where people are completely engaged in what they're doing — akin to being "in the zone." Those studies showed that people tended to be in a better mood at work, where they were absorbed in the task at hand, compared to their more aimless days off, Maddux said.

Of course, human beings are varied. Some people thrive at work and wouldn't trade it for extra free time, he said. Other people may need to consider whether they can work less — and maybe make less money — but have more time for themselves and their family.

Nor is there a universal definition of "productive," Maddux said. Reading a good book might seem idle to some, while others appreciate the mental stimulation.

The findings cannot offer a prescription for how much free time anyone should have.

"But," Maddux said, "if a study gets people to stop and consider what they do with their time, and why they do it, then it's done its job."

The University of California, Berkeley, has advice on work-life balance.