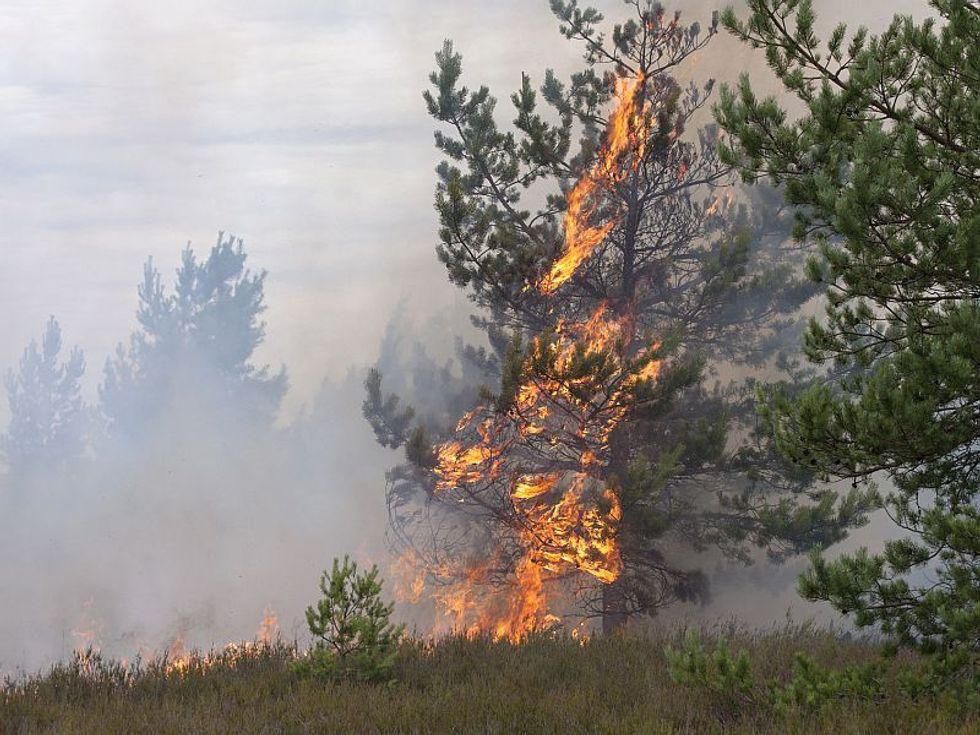 Wildfires are killing people around the world — even those with limited exposure to wildfire-related pollution, an international team of researchers reports.

The new research revealed that short-term exposure to wildfire-related fine particulate matter (PM2.5) in the air is increasing deaths worldwide from any cause as well as from respiratory and heart-related causes.

"The pollution from wildfire smoke can spread as far as 1,000 kilometers [621 miles] away and the risk of wildfires is projected to increase as climate change worsens," said study co-author Yuming Guo of the School of Public Health and Preventive Medicine at Monash University in Melbourne, Australia.

His team studied data on more than 65 million deaths in 749 cities in 43 countries and regions from January 2000 through December 2016. They stacked that information up against levels of wildfire PM2.5 concentrations.

The upshot: More than 33,500 deaths a year were attributable to wildfire pollution.

PM2.5 are tiny particles that enter the lungs and the bloodstream. Wildfire PM2.5 is more toxic than that from urban fires because of its chemical makeup, smaller particle size and associated high temperatures, the authors noted.

"Policymakers and public health professionals should raise awareness of wildfire pollution to guide prompt public responses and take actions to reduce exposure," Guo and colleagues concluded. "Effective wildland management policies and practices should be implemented to manage vegetation and mitigate climate change as far as possible."

The findings were published recently in the journal The Lancet Planetary Health.

As of Sept. 8 in the United States, firefighters were battling wildfires in California, Montana, Oregon and Washington, according to the National Interagency Fire Center. So far this year, it reported, 38,137 wildfires have been caused by people and 5,457 by lightning. California, North Carolina, Texas, Minnesota and Georgia have the most human-caused wildfires, the center said.