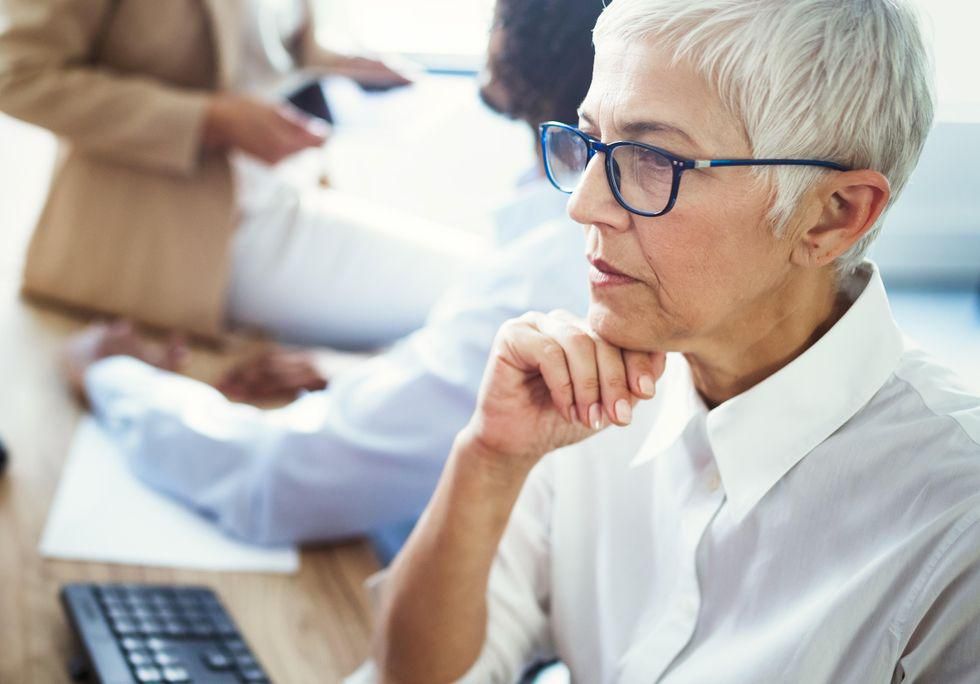 Early retirement may sound appealing, but a recent study hints that putting it off a few years might help older adults retain more of their mental sharpness.

Using data on more than 20,000 older Americans, researchers estimated that if all of those people waited until age 67 to retire, their collective cognitive health would benefit.

"Cognition" refers to a person's ability to think, reason, plan and remember, among other vital brain functions. Research suggests that various factors over a lifetime — from education level to exercise habits to heart health — can affect a person's rate of cognitive decline, and risk of dementia, later in life.

For the new study, researchers wanted to estimate the possible impact of later retirement on people's cognitive functioning.

In theory, spending more years on the job would be protective — in a "use it or lose it" kind of way, explained lead researcher Jo Mhairi Hale of the University of St. Andrews, in Scotland.

"Those who keep working are 'forced,' let's say, to stay cognitively engaged, while those who retire may choose to be involved in cognitively engaging activities, but not necessarily," Hale said.

Her team started with data on more than 20,000 Americans aged 55 to 75 who took part in a long-running health survey called the Health and Retirement Study. It included standard questions that gauge memory and other brain functions.

Many respondents were still working, at least part-time, while about 45% were retired.

The researchers used statistical methods to estimate what would happen if all study participants were "forced" to delay retirement until at least age 67.

In real life, there is a whole host of factors that could sway both a person's cognitive health and retirement age. And some people might retire earlier because their mental acuity is declining.

Hale said the Health and Retirement Study examined a "plethora of life-course factors," so that allowed her team to account for some of that complexity.

The investigators weighed factors like people's education levels; childhood family income and current wealth; health conditions such as diabetes and heart disease; depression symptoms; and whether their longest-held job was professional or "non-professional" (such as manual labor).

The team also found that the benefit could persist for at least five years beyond retirement.

That was not because the extra work years offered bonus brain power. It was because earlier retirement was linked to a faster cognitive decline, the researchers said.

So should older adults keep punching the clock in order to protect their brain health?

The study does not answer that question, according to Claire Sexton, director of scientific programs and outreach for the Alzheimer's Association.

"It's definitely a tricky thing to examine the effect of just one event, like retirement age," said Sexton, who was not involved in the study.

For one, she noted, many factors affect people's retirement decisions — including whether they enjoy their work and find it stimulating, and whether their job is stressful or physically taxing.

Similarly, Sexton said, a range of factors sway dementia risk, from genes to health conditions like high blood pressure, diabetes and heart disease to obesity and lack of exercise.

That caveat made, Sexton agreed that staying on the job might be beneficial — if it provides people with mental stimulation and social interaction. A body of research suggests those things may help protect the aging brain.

Of course, jobs are not the only way to stay mentally and socially engaged.

Retirement could be used as a "springboard," Sexton said, freeing up time to take a class, start a new exercise routine, or join a club or volunteer group.

Hale agreed that retirees "would be well-served to regularly participate in cognitively engaging activities."

A next research step, she said, "would be to explore the extent to which alternative activities that promote cognitive engagement — such as grandparenting or volunteering — are protective against cognitive decline."

The findings were recently published online in the journal SSM Population Health.

The Alzheimer's Association has advice on maintaining brain health.