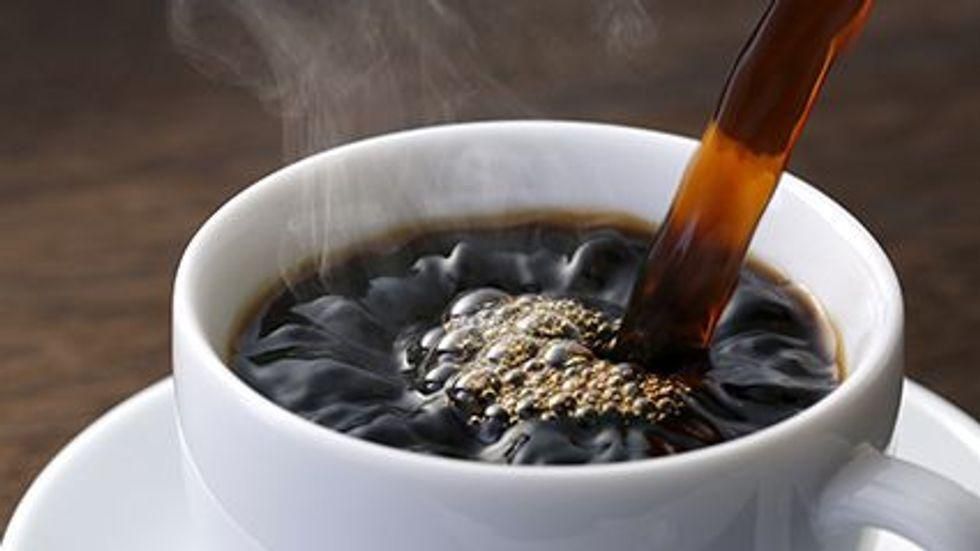 The latest buzz on coffee? It may be good for your heart, a new, large study suggests.

Drinking light to moderate amounts -- up to three cups a day -- may lower the risk of stroke, fatal heart disease and all-cause death, researchers found.

"Regular coffee consumption of up to three cups per day is associated with a lower risk of all-cause mortality, cardiovascular mortality and stroke," said lead researcher Dr. Judit Simon, from the Heart and Vascular Center at Semmelweis University in Budapest, Hungary.

These benefits might be partly explained by positive alterations in heart structure and function, she said.

"In a sub-analysis on types of mostly consumed coffee, decaffeinated coffee was associated with lower risk of all-cause and cardiovascular deaths, but not with lower stroke incidence, suggesting that caffeine is not the main or only component that is responsible for these favorable outcomes," she said.

For the study, Simon and her colleagues collected data on nearly 470,000 men and women listed in the U.K. Biobank. At the study's start, participants had no signs of heart disease and were an average age of 56. They were followed for up to 15 years.

Compared with non-coffee drinkers, those who drank light to moderate amounts had a 12% lower risk of all-cause death. Their odds for stroke were reduced by 21% and fatal heart disease by 17%, the researchers found, though only an association rather than a cause-and-effect link was seen.

Using cardiac MRIs, Simon's group also looked at the effect daily coffee consumption had on the structure and function of the heart among nearly 31,000 people who were followed for 11 years on average.

They found that compared with not drinking coffee regularly, those who drank coffee daily had healthier, better-functioning hearts.

One U.S. heart expert looked over the findings.

"A significant number of observational studies have suggested that regular consumption of coffee is associated with lower risk of cardiovascular events, cardiovascular death and all-cause mortality," said Dr. Gregg Fonarow, director of the Ahmanson-UCLA Cardiomyopathy Center in Los Angeles.

These findings add to the body of evidence that coffee consumption, even three to five cups a day, appears to be safe and associated with cardiovascular benefits, he said.

"Potential mechanisms which may account for potential benefits include improved insulin sensitivity, reduced inflammation, improved liver function and antioxidant effects," Fonarow said. "However, it is important to note that these findings have not been established by prospective randomized clinical trials, so should be interpreted with caution."

The findings were presented online Friday at the annual meeting of the European Society of Cardiology, but should be considered preliminary until published in a peer-reviewed medical journal. The study received no funding from the coffee industry.

For more on coffee and your heart, see Johns Hopkins University.