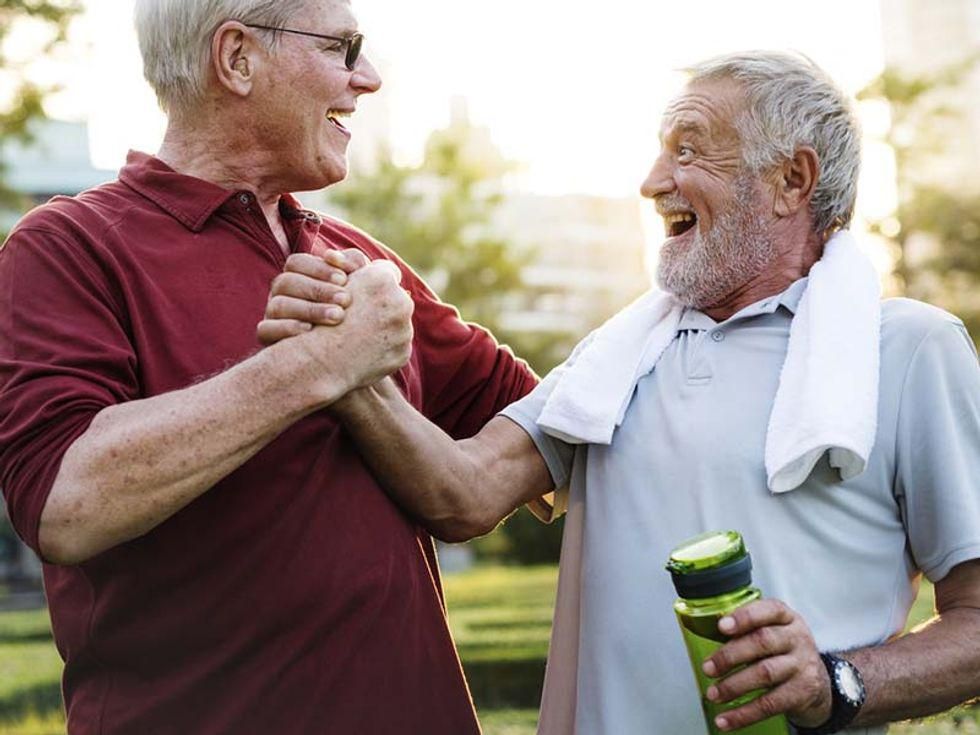 If you're a 60-something with heart disease, it's not too late to give your ticker the benefits of a regular workout.

Swiss researchers found that survival rates among heart patients who became active later in life were nearly the same as those who'd been exercising for years.

"Continuing an active lifestyle over the years is associated with the greatest longevity," said study author Dr. Nathalia Gonzalez of the University of Bern. "However, patients with heart disease can overcome prior years of inactivity and obtain survival benefits by taking up exercise later in life."

The new study included more than 33,000 coronary heart disease patients (average age: 62.5) who were followed for a median 7.2 years. Median means half were followed longer, half for a shorter time.

Similar results were observed for death due to heart disease.

Compared to inactive folks, the risk was 51% lower among those who stayed active and 27% lower for those whose activity increased.

The risk of death from heart disease among those whose activity decreased was not statistically different from those who were inactive over time, according to findings presented Tuesday at an online meeting of the European Society of Cardiology.

"These encouraging findings highlight how patients with coronary heart disease may benefit by preserving or adopting a physically active lifestyle," Gonzalez said in a meeting news release.

"On the other hand, the benefits of activity can be weakened or even lost if activity is not maintained," she added. "The findings illustrate the benefits to heart patients of being physically active, regardless of their previous habits."

Findings presented at meetings are typically considered preliminary until published in a peer-reviewed journal.