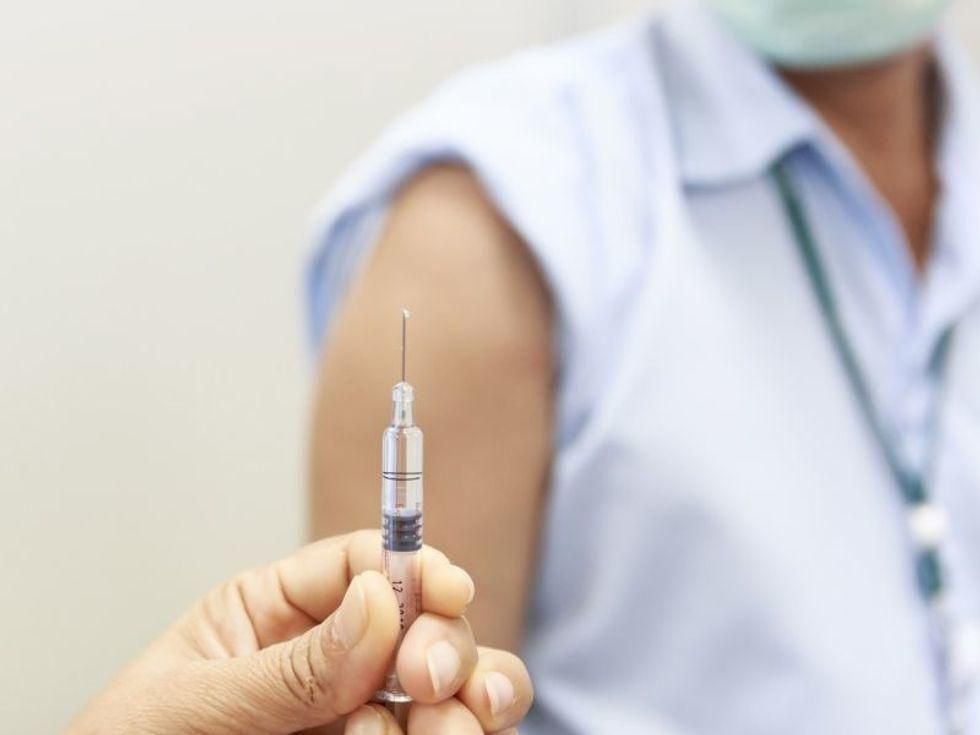 Johnson & Johnson reported Wednesday that a booster shot of its vaccine dramatically raised the levels of antibodies against the coronavirus.

Johnson & Johnson said it will submit its data to the U.S. Food and Drug Administration, which is evaluating similar studies from Pfizer and Moderna.

"We have established that a single shot of our COVID-19 vaccine generates strong and robust immune responses that are durable and persistent through eight months. With these new data, we also see that a booster dose of the Johnson & Johnson COVID-19 vaccine further increases antibody responses among study participants who had previously received our vaccine," Dr. Mathai Mammen, global head of Janssen Research & Development at Johnson & Johnson, said in a statement. "We look forward to discussing with public health officials a potential strategy for our Johnson & Johnson Covid-19 vaccine, boosting eight months or longer after the primary single-dose vaccination."

The Johnson & Johnson vaccine was not part of the government's initial booster plan, announced last week. But the company now hopes to be part of the first round of additional shots, which could come as early as September, The New York Times reported.

Emergency use authorization was first granted in February to Johnson & Johnson for its one-shot vaccine. A clinical trial carried out last fall and winter showed that a single shot had a 72 percent efficacy in preventing symptomatic COVID-19 among U.S. participants. In that trial, none of the vaccinated volunteers were hospitalized or died.

That was before the Delta variant became widespread, but a study conducted in South Africa and released earlier this month found a single shot of the Johnson & Johnson vaccine was up to 95 percent effective against death from the Delta variant, and reduced the risk of hospitalization by 71 percent.

In the latest study, Johnson & Johnson tracked some volunteers from last year's clinical trial. Six months after vaccination, their level of antibodies had changed little, unlike the Pfizer and Moderna vaccines.

When those volunteers were given a booster shot at six months, their antibodies against the coronavirus jumped nine times higher than after the first dose. Similar jumps have been seen in studies on the Moderna and Pfizer vaccines.

Johnson & Johnson said it has submitted the research to the website Medrxiv. It has not been posted there yet, the Times reported.

Johnson & Johnson is also studying a two-dose vaccine in as many as 30,000 people in a Phase 3 trial, the results of which have not yet been released, the Washington Post reported.