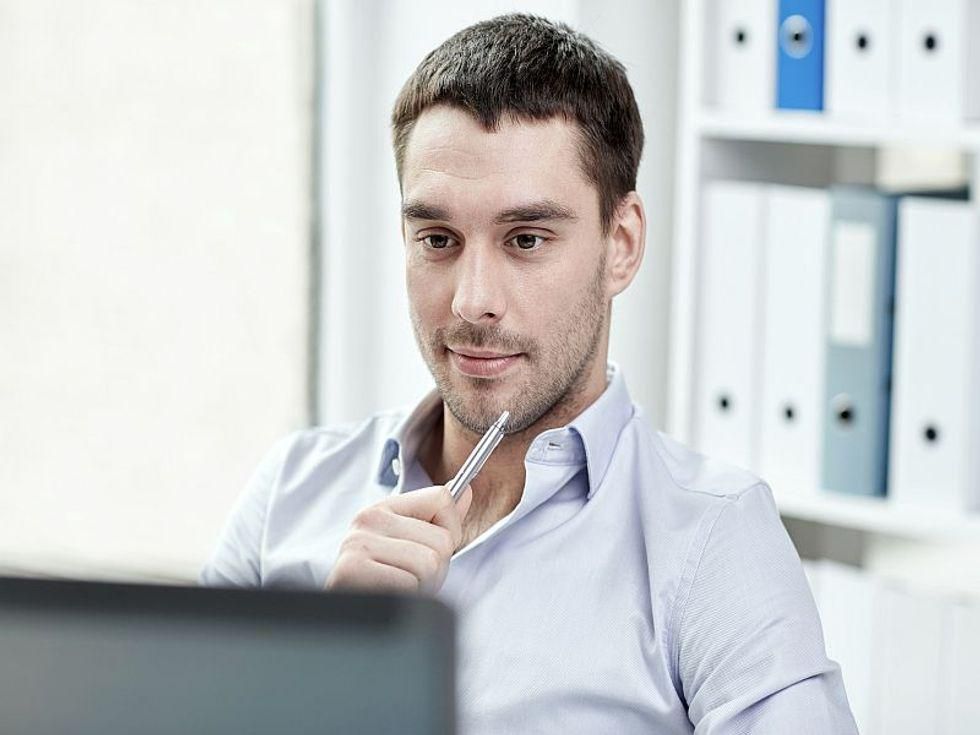 While every worker would prefer a fun, mentally stimulating job, new research reveals an added bonus: Such work could help prevent dementia in old age.

"This is an important study and adds to the body of research that suggests cognitive stimulation is good for the long-term health of the brain," said Claire Sexton, director of scientific programs and outreach at the Alzheimer's Association, who reviewed the findings.

Exactly how lifestyle and work can help lower dementia risk isn't clear, she said, but keeping your brain active might well be a part of keeping it healthy.

For the study, an international team compared levels of dementia in people with highly stimulating jobs to those whose jobs provided less of a workout for the brain.

Based on those comparisons, a mentally stimulating job may postpone the onset of dementia by about two years, said lead author Mika Kivimaki, a professor of social epidemiology at University College London.

His team cautions that this study doesn't prove that having a mentally stimulating job prevents dementia, only that the two factors seem to be linked.

What jobs are mentally stimulating? Researchers said they're those that involve demanding tasks and decision-making. Non-stimulating jobs have low demands and little job control.

"While the jury is still out on the exact lifestyle recipe for dementia risk reduction, there are things we can do today that may decrease our risk of cognitive decline as we age," she said. "Eating a heart-healthy diet, exercising regularly and staying cognitively engaged are just a few."

Kivimaki's team collected data on nearly 108,000 men and women who took part in seven studies from the IPD-Work consortium, which includes 13 European groups.

They also looked at mental stimulation and proteins in more than 2,260 participants from one study and at proteins and dementia risk among more than 13,600 participants in two other studies.

Researchers measured mental stimulation at work at the outset and tracked participants for an average of 17 years.

They found that people with mentally stimulating jobs were less likely to develop dementia than those with whose jobs were not stimulating -- a finding that held true for men and women alike. And the association was stronger for Alzheimer's disease than for other types of dementia, the study found.

These findings remained even after researchers accounted for dementia risk factors, as well as sex, education and lifestyle. The benefits of education were less than the other factors.

Serhiy Dekhtyar, an assistant professor at the Aging Research Center at the Karolinska Institute in Stockholm, Sweden, wrote an editorial that accompanied the findings, which were published online Aug. 19 in the BMJ.

He said the need to understand the biological basis of these findings is urgent.

"However, the effect size of work stimulation is not large, and appears to be weakened when educational attainment is further taken into account," Dekhtyar said, adding that dementia is not inevitable.

"There are modifiable aspects of our lives that have the potential to reduce our risk of the disease," he said. "Continued engagement in mentally stimulating activities, starting from education and through occupational life, could be one such preventive strategy."

Dr. Sam Gandy, director of the Mount Sinai Center for Cognitive Health in New York City, said he isn't sure the new findings can be directly tied with a reduced risk of dementia.

This study is the first pass aimed at identifying associations between work stimulation, circulating proteins and brain function to see if work stimulation can be "prescribed" the same way that physical exercise has been to reduced dementia risk, he said.

Ultimately, the problem is far too challenging to be solved on the first try, Gandy suggested.

"But this provides a glimpse of what might be possible as we seek to characterize our work environments and as we have already characterized our diets and lifestyles, linking them to blood biomarkers and healthy brain outcomes," he added.

For more on dementia, head to the Alzheimer's Association.