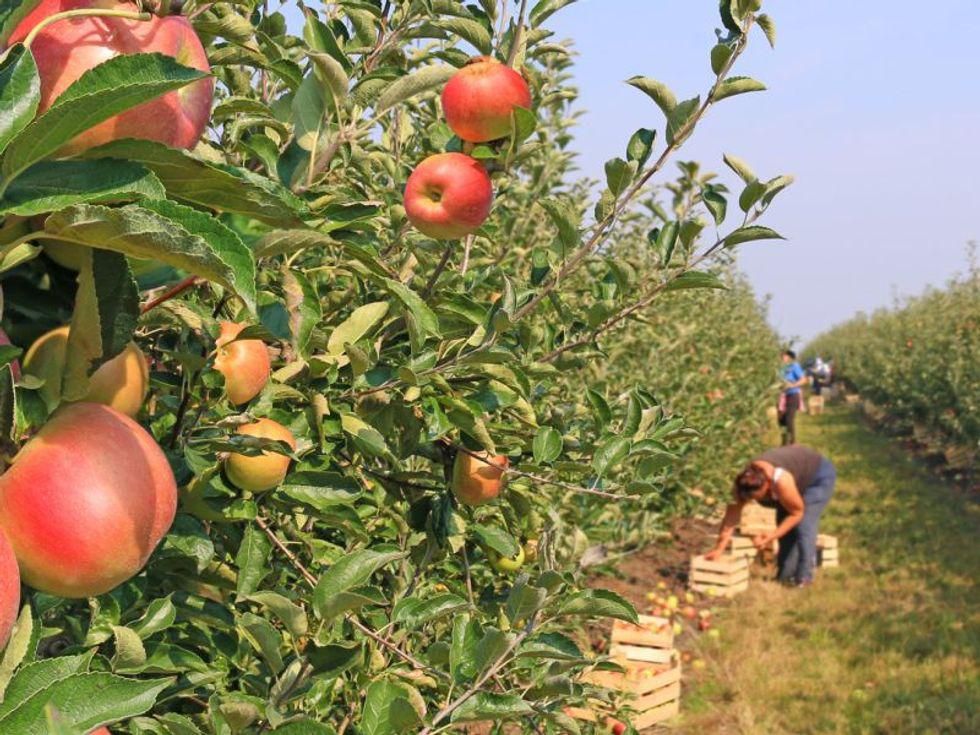 The Biden Administration said Wednesday that a widely used pesticide will be banned because it's been linked to neurological damage in children.

The new rule to block the use of chlorpyrifos on food will take effect in six months, the Environmental Protection Agency said.

"Today [the] EPA is taking an overdue step to protect public health," EPA head Michael Regan said in an agency news release. "Ending the use of chlorpyrifos on food will help to ensure children, farmworkers, and all people are protected from the potentially dangerous consequences of this pesticide."

Available since the mid-1960s and among the most widely used pesticides, chlorpyrifos is routinely applied to corn, soybeans, apples, broccoli, asparagus and other produce, The New York Times reported.

In April, the Ninth Circuit Court of Appeals told the EPA to stop agricultural use of the pesticide unless it could demonstrate its safety.

The court order gave the EPA a deadline of Aug. 20 to either prove that chlorpyrifos is harmless to children or to end its use on food crops.

"It is very unusual," Michal Freedhoff, E.P.A. assistant administrator for chemical safety and pollution prevention, said of the court's directive. "It speaks to the impatience and the frustration that the courts and environmental groups and farmworkers have with the agency."

"The court basically said, 'Enough is enough,'" Freedhoff told the Times. "Either tell us that it's safe, and show your work, and if you can't, then revoke all tolerances."

Studies have linked exposure to the pesticide with lower birth weights, reduced IQs and other developmental problems in children, and a wide range of groups have long fought for a ban on chlorpyrifos, the Times reported.

"It took far too long, but children will no longer be eating food tainted with a pesticide that causes intellectual learning disabilities," Patti Goldman, an attorney at EarthJustice, told the Times. "Chlorpyrifos will finally be out of our fruits and vegetables."

Chlorpyrifos can still be used on golf courses, turf, utility poles and fence posts as well as in cockroach bait and ant treatments, the Times reported.

Visit the EPA for more on pesticides.