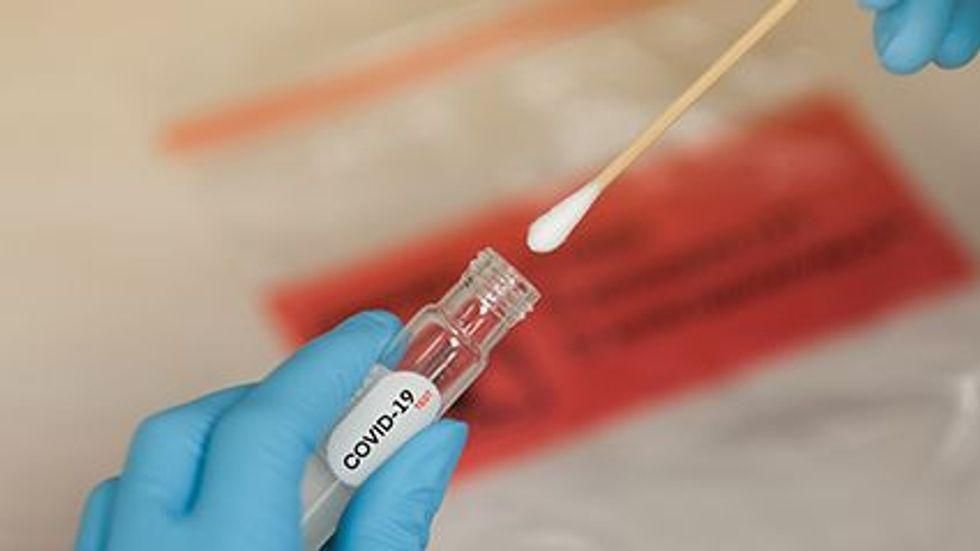 Texas Governor Greg Abbott has tested positive for COVID-19 but has not experienced any symptoms, his office announced Tuesday.

Abbott, who is fully vaccinated, is being treated with Regeneron's monoclonal antibodies in an effort to shorten the duration of the infection, his communications director Mark Miner said in a statement Tuesday afternoon, CBS News reported.

"The governor has been testing daily, and today was the first positive test result," the statement said. It also said that Abbott will isolate in the governor's mansion and continue to be tested daily.

Texas has seen a spike in cases due to the Delta variant. On Tuesday, the state health department reported 20,123 new COVID-19 cases, which is among the highest number of positive daily cases in Texas since the pandemic began, CBS News reported.

More than 12,000 patients were hospitalized with the virus as of Monday, the most since January.

Last week, Abbott announced that he had arranged for more than 2,500 medical personnel to help hospitals handle the surge in cases. Earlier this month, he also asked Texas hospitals to voluntarily postpone elective procedures.

And on Friday, he announced a plan to launch nine monoclonal antibody infusion centers across the state equipped with Regeneron's antibody cocktail. Former President Donald Trump was also treated with the drug company's monoclonal antibodies after he tested positive for COVID-19 last October.

But Abbott has resisted enacting new restrictions to prevent the spread of the virus. He recently banned local governments from putting COVID restrictions back in place and has challenged local school districts that have tried to institute mask mandates.

Visit the U.S. Centers for Disease Control and Prevention for more on breakthrough infections.