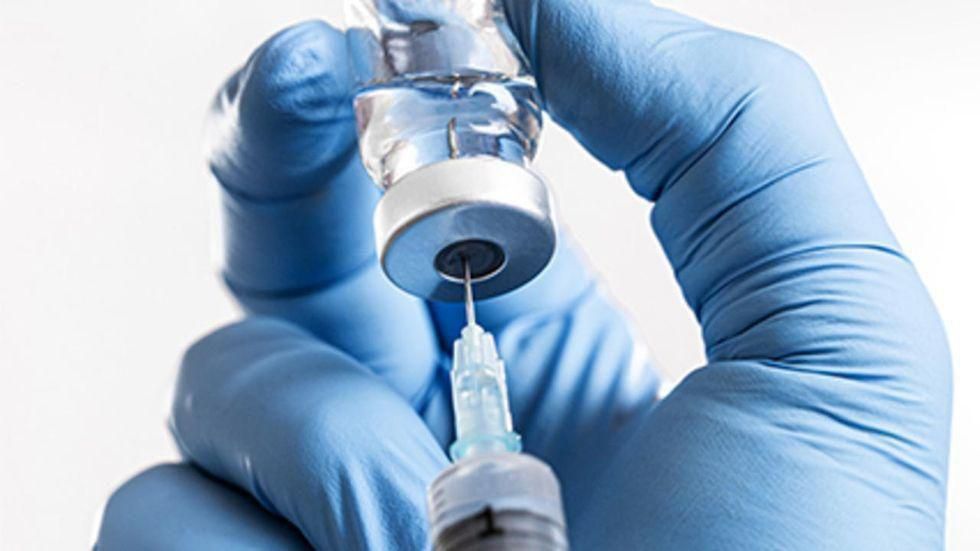 The U.S. Food and Drug Administration plans on Thursday to authorize a third "booster" shot of coronavirus vaccine for people with weakened immune systems, as the highly contagious Delta variant surges across the country.

Expanding the emergency use of the Pfizer and Moderna vaccines should help protect those patients who are considered most vulnerable to COVID-19 infection and most likely to benefit from an additional shot. That includes people who have had solid organ transplants and those whose immune systems are compromised, an official familiar with the plan told The New York Times.

Once the booster dose is approved, doctors will be able recommend additional shots for those patients. About 3 percent of Americans have weakened immune systems for numerous reasons, from a history of cancer to the use of certain medications such as steroids, the Times reported.

Many scientists argue that the immunocompromised population is too diverse to uniformly recommend additional shots of coronavirus vaccine, the Times reported.

But studies suggest that patients such as organ transplant recipients often show little immune response to the standard vaccine dosing schedule, and so they could benefit from a third shot. One recent study by Canadian researchers found that a third dose of the Moderna vaccine improved the immune response of people in that group, the Times reported.

Dr. Dorry Segev, from Johns Hopkins' Bloomberg School of Public Health in Baltimore, has said about half of transplant patients have no antibody response to the currently authorized vaccine dosage, the Times reported. His team studied 30 transplant patients who were vaccinated but had negative or low-positive antibody [blood] titers, which pointed to a poor response by their immune systems to the shots. After an additional shot, 14 of them had higher antibody titers.

The FDA's decision to authorize a third shot for vulnerable Americans will be considered on Friday by an advisory committee to the U.S. Centers for Disease Control and Prevention. Although the FDA's action is independent of the committee's recommendation, most doctors wait to act until the CDC weighs in, the Times said.

If the CDC committee votes to endorse the shots, the CDC could issue a formal recommendation the same day.

Although the vast majority of Americans who have been vaccinated got Pfizer or Moderna shots, it is not yet clear how those with immune deficiencies who received Johnson & Johnson shots were to proceed, the Times said.

The FDA decided not to broaden emergency use of the single-dose Johnson & Johnson vaccine, since health officials want to see J & J's trial data on the safety and efficacy of two doses first, one official told the Times. The company is expected to release the results of its two-dose study this month.

Dr. Dan Barouch, a virologist at Beth Israel Deaconess Medical Center in Boston who worked with Johnson & Johnson as it developed its vaccine, said the FDA's move to make third shots available to some with weakened immune systems made sense.

He added there was a also long and successful history of mixing and matching different vaccines for other viruses, and that could hold true for COVID vaccines. There is no data yet to determine whether protection against the virus is enhanced by such an approach, Barouch acknowledged. But researchers at the U.S. National Institutes of Health have a study underway that is expected to deliver some answers by early fall.

More than 175 public health experts, scientists and activists this week called for President Joe Biden to do more to help fight the global spread of the coronavirus, warning that newer, more dangerous variants are likely to emerge if nothing is done.

"We urge you to act now," the experts wrote in a joint letter to senior White House officials Tuesday, the Washington Post reported. "Announcing within the next 30 days an ambitious global vaccine manufacturing program is the only way to control this pandemic, protect the precious gains made to date, and build vaccine infrastructure for the future."

A separate letter was sent directly to Biden that noted the Delta variant is fueling a surge of infections in Africa, Latin America and Asia, where many residents have yet to receive a single dose, the Post reported. Meanwhile, the United States has stockpiled more than 55 million doses of mRNA vaccines but is administering fewer than 900,000 shots per day, the letter said.

"At this rate, it would take over two months to administer just the vaccine doses currently stored," the authors added.

The letters' co-signers include Tom Frieden, who led the U.S. Centers for Disease Control and Prevention during the Obama administration; Linda Fried, the dean of Columbia University's public health school; Paul Farmer, co-founder of Partners in Health, a nonprofit group focused on the developing world; and other leaders in global health and infectious disease. More than 50 organizations also co-signed the letter.

Several signers said they have personally appealed to senior Biden administration officials, including Dr. Anthony Fauci and top pandemic adviser David Kessler, but were now frustrated with the slow pace of movement on global vaccinations. Fewer than 4 percent of Africans and about 30 percent of Asians have received at least one dose of a coronavirus vaccine, compared with nearly 60 percent of Americans, according to the University of Oxford's Our World in Data project.

"We've been pushing Fauci and Kessler hard on this for months, and they, in turn, have been pushing those above them. But the world has nothing to show for it," said Peter Staley, a co-founder of PrEP4All Collaboration, an HIV/AIDS advocacy organization that has pivoted to coronavirus activism.

"Pharma took years before letting the rest of the world access their AIDS drugs," he told the Post. "We won't let that happen with COVID vaccines."

But activists say Biden needs to do more. Some of their frustration has been focused on Moderna, a company that they say has received more than $1.3 billion in federal funding for its vaccine but has done too little to share its expertise with others.

"This administration has been playing footsies with Moderna instead of leading on this issue," Staley added. "Do you think Roosevelt asked Henry Ford if he could start building tanks, but only on the company's timetable?"

A spokesperson for Moderna did not immediately respond to a request for comment.

The experts demanded that the administration be able to produce 8 billion doses annually of mRNA vaccines by the end of the year, exporting at least 40 million doses per month and helping set up vaccine manufacturing hubs around the globe.

"People are really frantic right now," Yale University public health researcher Gregg Gonsalves, who co-signed the letter, told the Post. "I think you're going to see an escalation from our side over the next few weeks. No one seems to have gotten the message that the world is burning — and the status quo is unacceptable."