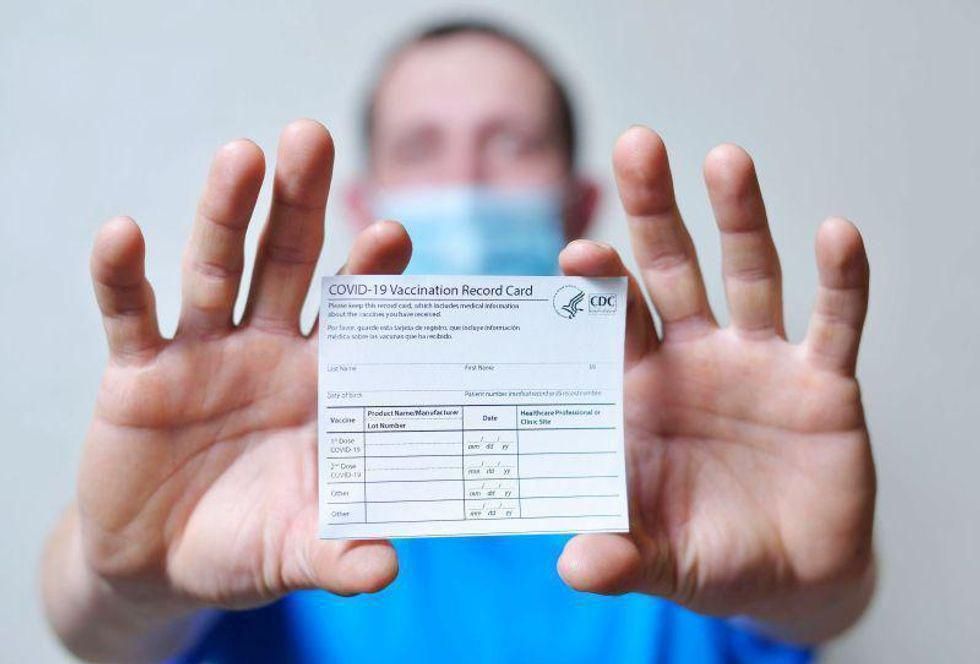 A small, early study suggests that people who've already encountered SARS-CoV-2 may gain a big boost against COVID-19 if they get just one dose of the Pfizer vaccine — and that protection may extend to new viral variants.

The study "supports the notion that vaccine effectiveness, even against emerging neutralization-resistant [variants], may be improved following an additional vaccine boost," said a team led by Richard Urbanowicz, senior virology research fellow at the University of Nottingham in England. His team published their findings Aug. 10 in the journal Science Translational Medicine.

The new study was small — just 45 health care workers, including 20 who had tested positive previously for SARS-CoV-2 and 25 who had not.

Their COVID-19 antibody status was tracked via blood samples beginning in April 2020, and when the Pfizer vaccine became available everyone received a first dose, followed by a second dose 10 weeks later.

According to a journal news release, getting the second dose of the vaccine was especially important, boosting "both the potency and breadth of neutralizing antibodies against SARS-CoV-2." What's more, this effect was magnified to an even higher level in people who'd already been infected with the new coronavirus, the researchers said.

There was one more potential benefit. Even though the Pfizer shots that previously infected people received were formulated to fight the original (2019) variant of the virus, blood samples from people who'd had an encounter with COVID-19 were shown to "neutralize" the later Beta form of the virus, as well.

That suggests that each new dose of vaccine given may help even the previously infected fight off emerging COVID-19 variants, the study authors said, although data on the new (and most infectious) Delta variant is lacking.

Two experts unconnected to the study said the data is encouraging, but inconclusive.

The study provides "reasonable evidence that continued immunogenic challenge [vaccine], even in previously infected patients, is beneficial and it suggests that two vaccines is more beneficial than one," said Dr. Theodore Maniatis, medical director at Staten Island University Hospital, in New York City. It also suggests "that this repeated immunogenic challenge may somehow spread to cover new variants."

Still, he cautioned that the study's population was small and it "did not test the antibody level and function against all variants [including Delta]."

It was also largely based on lab tests, Maniatis added, "meaning that there is no definite proof that these findings will decrease infections in humans."

Dr. Teresa Murray Amato is chair of emergency medicine at Long Island Jewish Forest Hills, also in New York City. She said the new study also suggests that "there may be some data to suggest that a 'booster' vaccine for those fully vaccinated may also show a better antibody response," versus simply getting the initial two doses of the Pfizer vaccine.

Maniatis stressed that "this is the type of article that one performs, analyzes, and then creates bigger studies with a greater number of patients and eventual clinical trials."

"There are ongoing studies being done to understand the best, most effective and safest way to vaccinate all eligible Americans," she said. In the meantime, "make sure to ask your doctor if you have any questions regarding the COVID vaccine."

Find out more about the COVID-19 vaccine from the U.S. Centers for Disease Control and Prevention.