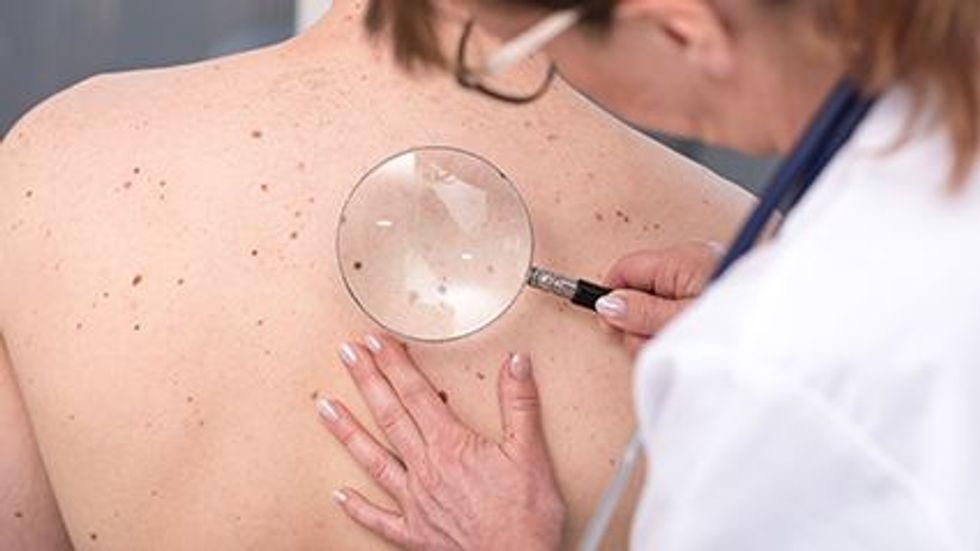 An experimental gel has shown early promise in treating the most common form of skin cancer — hinting at a potential alternative to surgery in the future.

Researchers tested the gel in 30 patients with basal cell carcinoma (BCC), a skin cancer diagnosed in more than 3 million Americans each year. The tumors rarely spread and are highly curable, usually through surgical removal.

In some cases, for example, the skin cancer may be located in an area — like the face — where surgery could leave scarring that patients want to avoid. Plus, Sarin said, many people develop multiple basal cell carcinomas over time, which means returning for repeat surgeries.

A couple of topical medications are approved for BCC, but only for "superficial" cancers, which account for a minority of cases, Sarin said.

For the new study, her team tested an experimental topical drug called remetinostat, which blocks an enzyme known as histone deacetylase. Lab research has shown that inhibiting the enzyme can suppress BCC growth.

The study — published Aug. 6 in Clinical Cancer Research — was a small mid-stage trial, designed to see whether the topical medication worked at all.

And for most of the patients, Sarin's team found, it did: Of 33 skin cancers treated for six weeks, 17 completely resolved, and six more partially responded — meaning they shrunk by at least 30% in diameter.

The gel seemed most effective against superficial BCC, with all of those skin tumors shrinking or disappearing, the researchers found. But about two-thirds of other tumor types responded, too — including nodular BCC, the most common form of the cancer, and "infiltrative" tumors, which can invade the skin more deeply and widely.

The main side effect was a rash at the application site.

Sarin said further studies are needed to "optimize" the treatment regimen, which in this trial was three daily applications of the gel, for six weeks.

"This was a small pilot study just to see whether there's efficacy," she noted.

Then there is the question of how long the effects last. "The durability of the treatment will be the main question going forward," Sarin said.

The initial results are promising, according to Dr. Jeffrey Weinberg, an associate clinical professor of dermatology at Icahn School of Medicine at Mount Sinai, in New York City.

"Obviously we need more data," said Weinberg, who was not involved in the research. "But this certainly is an advance."

He added that the effects on the infiltrative tumors — with two of three responding completely — were "impressive."

A disadvantage of a topical gel versus surgery, Weinberg noted, is that there is no way to know if the tumor really has been completely cleared.

In this trial, the researchers did surgical excisions after the treatment period ended, and verified that 17 tumors had completely resolved. But in the "real world," where topical treatment would be used as a surgery alternative, that's not going to happen, Weinberg pointed out.

Still, he said, some people with BCC are not candidates for surgery, while others would prefer to avoid it, so an additional, effective topical option would be welcome.

Sarin said, "I'm optimistic that in the future we'll be able to treat this more as a nuisance than as a cancer that has to be treated surgically."

The study was partly funded by Medivir, the Swedish biotech company developing remetinostat.