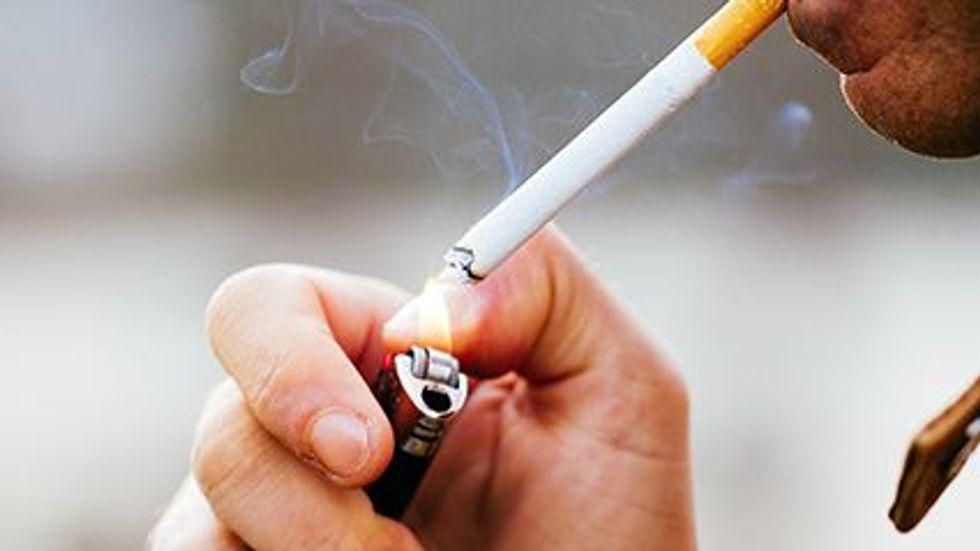 A kind of 'zap' to the brain -- a technique called noninvasive brain stimulation -- may help hardcore smokers cut back, a new research review suggests.

Nicotine can trigger changes in the brain that make it hard to quit, so researchers have been looking for ways to use noninvasive brain stimulation (NIBS) techniques to counter abnormal brain activity caused by nicotine addiction.

In this review, researchers analyzed 12 trials of different NIBS methods on a combined total of 710 people addicted to nicotine.

Several techniques showed promising results, but high-frequency repetitive transcranial magnetic stimulation (rTMS) of a brain area involved in memory and decision-making was associated with the greatest reduction in number of cigarettes smoked per day.

None of the NIBS techniques reviewed appeared to reduce the severity of nicotine craving or addiction.

NIBS may boost dopamine release and counterbalance the brain's reward system, helping smokers deal with craving and withdrawal symptoms, according to study author Dr. Cheng-Ta Li, of Taipei Veterans General Hospital in Taiwan, and his colleagues.

The findings were published Aug. 4 in the journal Addiction.

Li and his team noted that trial dropout rates among participants undergoing any of the NIBS methods were not significantly different from control groups. That suggests these treatments are well-tolerated, the researchers said in a journal news release.

Long-term nicotine exposure causes the brain to produce more receptors to handle the increased brain activity. When a smoker tries to quit and nicotine levels fall, a decrease in activity in the brain's reward system causes withdrawal symptoms that make it hard to cut back or quit smoking.

The U.S. Centers for Disease Control and Prevention offers a guide for quitting smoking.