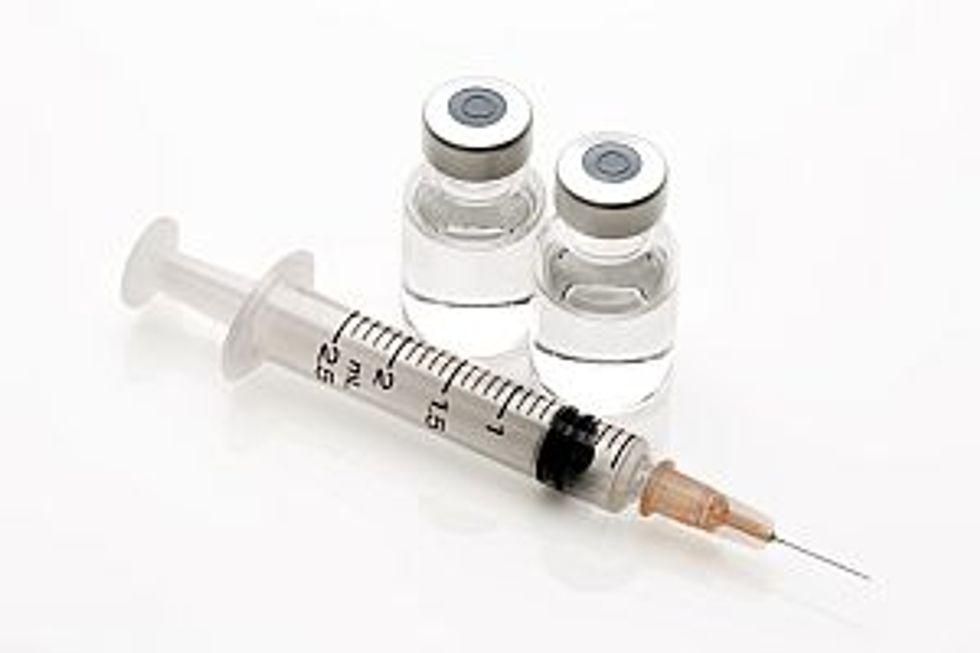 The U.S. Food and Drug Administration is speeding up its timetable for full approval of the Pfizer coronavirus vaccine, hoping to complete the process by early September.

President Joe Biden said last week that he expected a fully approved vaccine in early fall, but the FDA's unofficial deadline is Labor Day or sooner, according to multiple people familiar with the plan, The New York Times reported. The agency said in a statement that its leaders recognized that full approval might counter vaccine hesitancy and had "taken an all-hands-on-deck approach" to completing full approval.

The move could help boost vaccination rates at a moment when the highly transmissible Delta variant is driving up the number of new cases across the country.

A number of universities and hospitals, the Defense Department and at least one major city, San Francisco, are expected to mandate vaccines once one is fully approved. Final approval could help clarify legal issues about mandates, the Times reported.

Federal regulators have been under growing public pressure to fully approve Pfizer's vaccine ever since the company filed its application on May 7.

"I just have not sensed a sense of urgency from the FDA on full approval," Dr. Ashish Jha, dean of the Brown University School of Public Health in Rhode Island, told the Times on Tuesday. "And I find it baffling, given where we are as a country in terms of infections, hospitalizations and deaths."

Moderna, the second most widely used vaccine in the United States, filed for final approval of its vaccine on June 1. But the company is still submitting data and has not said when it will finish, the Times reported. Johnson & Johnson, the third vaccine authorized for emergency use, has not yet applied for full approval, but plans to do so later this year.

Although 192 million Americans — 58 percent of the total population and 70 percent of the nation's adults — have received at least one shot, many Americans remain vulnerable, data from the U.S Centers for Disease Control and Prevention show. The country is averaging nearly 86,000 new infections a day, an increase of 142 percent in just two weeks, according to a Times database.

Full approval for a vaccine typically requires the FDA to review hundreds of thousands of pages of documents — roughly 10 times the data required to authorize a vaccine on an emergency basis. The agency can usually complete a priority review within six to eight months and was already working on an expedited timetable for the Pfizer vaccine, the Times reported.

What are regulators looking for? They want to see real-world data on how the vaccine has been working since they authorized it for emergency use in December, the Times reported. That means verifying the company's data on vaccine efficacy and immune responses, reviewing how efficacy or immunity might wane, examining new infections in clinical trial participants, reviewing adverse reactions and inspecting manufacturing plants. Officials have said the government is also tracking breakthrough infections among tens of thousands of vaccinated people.

At the same time, senior officials at the FDA and other agencies are debating whether at least some people who are already vaccinated will need booster shots. Senior administration officials increasingly believe that vulnerable populations like those with compromised immune systems and older people will need them, the Times reported.

A decision to fully approve Pfizer's vaccine will give doctors more freedom to prescribe additional shots for certain Americans, including those with weakened immune systems, the Times reported.

Roughly 3 percent of Americans — or about 10 million people — have compromised immune systems as a result of cancer, organ transplants or other medical conditions, according to the CDC. While studies indicate that the vaccines work well for some, other people do not produce enough of an immune response to protect them from the actual virus.

President Joe Biden's goal of getting at least one COVID-19 shot into the arms of 70% of American adults was finally reached on Monday.

The milestone came a month late, and arrived amid a fierce surge fueled by the Delta variant that is filling up hospital beds around the country.

In a major reversal, Louisiana ordered nearly everyone, vaccinated or not, to wear masks again in all indoor public settings, as other cities and states also reinstated social distancing measures to counter the fast-spreading variant and vaccine resistance.

"As quickly as we can discharge them, they're coming in and they're coming in very sick. We started seeing entire families come down," Dr. Sergio Segarra, chief medical officer of Baptist Hospital Miami, told the Associated Press. The Florida hospital chain reported a 140% jump in the past two weeks in the number of COVID-19 hospitalizations.

After reaching the 70% mark nationally, there was little celebration at the White House: Instead, the administration continued to work to overcome skepticism about the vaccine.

Some places around the country are witnessing caseloads reach their highest levels since the pandemic began. And nearly all deaths and serious illnesses are now in unvaccinated people.

The surge has prompted many states and cities to batten down the hatches, issuing masking and vaccination mandates.

Health officials in San Francisco and six other Bay Area counties announced Monday they are reinstating a requirement that everyone — vaccinated or not — wear masks in public indoor spaces, the AP reported.

Minnesota's public colleges and universities will require masks indoors, regardless of vaccination status. New Jersey said workers at state-run nursing homes, psychiatric hospitals and other such institutions must get the shot or face regular testing, the AP said. North Carolina's governor ordered state employees in the agencies under his control to cover up indoors if they are not fully vaccinated.

In New York, Gov. Andrew Cuomo said New York City airport and transit workers will have to get vaccinated or face weekly testing. And Denver's mayor said the city will require police officers, firefighters and certain other municipal employees to get vaccinated, along with workers at schools, nursing homes, hospitals and jails.

In Florida, it took two months last summer for the number of people in the hospital with COVID-19 to jump from 2,000 to 10,000. It took only 27 days this summer for Florida hospitals to see that same increase, Florida Hospital Association President Mary Mayhew told the AP. She noted that this time, 96% of hospitalized COVID-19 patients are unvaccinated and they are far younger, many of them in their 20s and 30s.