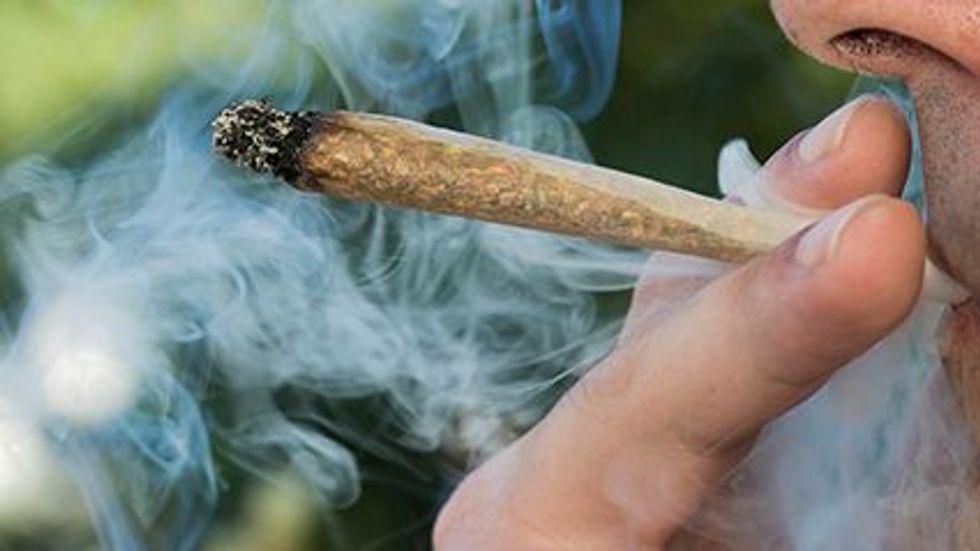 Kids who are around people who use marijuana may be at risk for more colds and respiratory infections due to secondhand smoke, according to a new study.

In a survey of 1,500 parents and caregivers, those who regularly smoked or vaped marijuana reported more respiratory viruses among their children in the preceding year, compared to parents who did not smoke tobacco or marijuana.

"This study brings to light that there was a potential for secondhand marijuana smoke to be related to some of the same things we see with tobacco," said lead researcher Dr. Adam Johnson, an assistant professor of emergency medicine at Wake Forest School of Medicine in Winston-Salem, N.C.

The study only shows a link between the two and does not prove marijuana caused the illnesses, he pointed out.

"But there's an association with caregivers that use marijuana," Johnson said. "Their kids had a higher number of viral infections in the prior year."

These infections can include colds, flu and even COVID-19, he said.

And, Johnson added, as more states legalize pot, marijuana use will increase.

"We all need to question our notion that marijuana is safer than tobacco, because we just don't know that that's true," he said. "We need to study this a little bit more and figure out if it's harming our children."

Johnson said it could be that tobacco smokers light up more often than pot smokers, resulting in less secondhand smoke for marijuana users. That might make pot safer, he said, but it's not a certainty.

No level of secondary tobacco smoke is safe, Johnson pointed out, and the same might also be true for marijuana.

For the study, Johnson and his colleagues surveyed parents and caregivers in Colorado, where recreational and medicinal marijuana is legal.

Their children hadn't had other conditions related to secondhand tobacco smoke, such as ear infections and asthma, researchers noted, nor had they been to an emergency room more often than children of nonsmokers.

Those who smoked only marijuana tended to be younger, more educated and have higher incomes than nonsmokers or respondents who only smoked tobacco.

The study found that those who smoked both marijuana and tobacco tended also to be young. Their income and education levels were lower of those than nonsmokers.

"Secondhand tobacco smoke exposure has long been associated with hazardous health conditions for children and adults," she said. "This [study] serves as a caution for parents who smoke or vape tobacco and/or marijuana."

Folan said doctors, especially pediatricians, should ask parents and teens about tobacco and marijuana use and provide advice and support for quitting.

"For those unwilling to quit, education about tobacco-free and marijuana-free indoor environments should be strongly encouraged," she said.

"Proactively providing education concerning the potential for negative health effects related to marijuana smoke exposure may help U.S. children and adults avoid the devastating impact of marijuana smoke, which contains some of the same toxic chemicals and carcinogens as tobacco smoke," Folan pointed out.

The findings were published July 28 in the journal Pediatric Research.