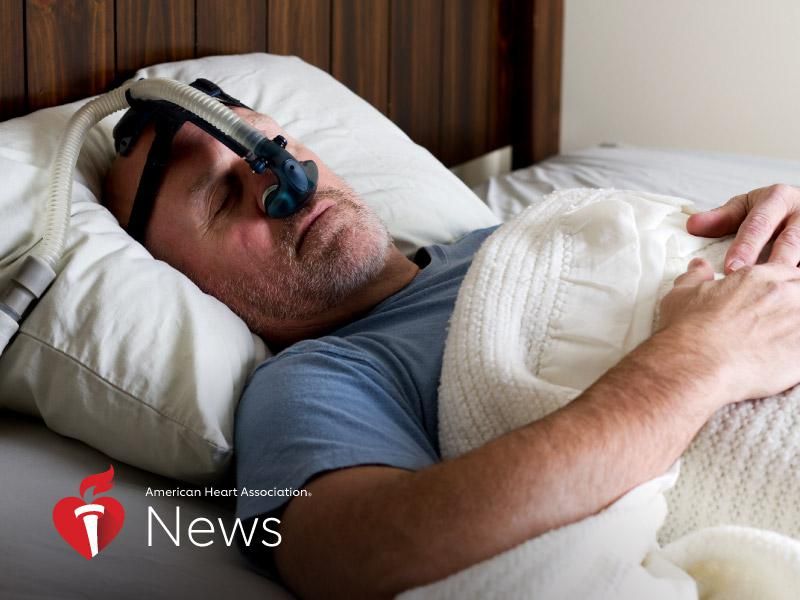 Severe sleep apnea is associated with major changes in key arteries and could speed up vascular aging, according to new research.

The study published Monday in the Journal of the American Heart Association sought to shed new light on the link between obstructive sleep apnea and "accelerated vascular aging," a thickening or stiffening in some blood vessels that causes changes in their function and structure.

According to a scientific statement published in June by the American Heart Association, between 40% and 80% of people with cardiovascular disease also have sleep apnea. Symptoms of sleep apnea include snoring, lapses in breathing and fragmented sleep.

However, past evidence was limited when it came to linking sleep apnea and vascular aging. In the new report, researchers used data from two large European studies for their analysis.

After looking at 8,615 people with no history of cardiovascular disease, they found those with sleep apnea showed "a marked accelerated aging of their arteries when compared to similar people without obstructive sleep apnea," said study co-author Quentin Lisan. For example, adults with sleep apnea had a 214% increased risk of an enlarged carotid diameter, a structural sign of vascular aging, he said.

While Lisan wasn't surprised by the findings, given past research, he said the new study was notable for its large size and that it looked at numerous markers of vascular aging.

"Our findings could explain, in part, why people with sleep apnea have an increased risk of mortality and cardiovascular diseases," said Lisan, a head and neck surgeon and researcher at Foch Hospital in Suresnes, France, a suburb of Paris.

The study's findings should encourage doctors to be more proactive about testing people with sleep apnea for vascular aging, especially since tests can be done "non-invasively and at a low cost," Lisan said.

The study was limited by the fact that sleep apnea status was determined by a questionnaire, not a sleep study, and by its focus on primarily white Europeans, Lisan said.

He called for future research to see if continuous positive airway pressure machines – also known as CPAPs – can slow or reverse vascular aging and protect against cardiovascular disease. The devices have been shown to dramatically decrease the risk of heart failure, especially in older adults.

Dr. Susan Redline, who was not involved in the research, called it a well-designed study that "strengthened the evidence implicating sleep apnea as a risk factor" for vascular disease, including carotid artery disease, where fatty deposits in arteries block blood flow to the brain.

Redline, a senior physician at Brigham and Women's Hospital in Boston and a professor of sleep medicine at Harvard University, said the findings underscore "the importance of sleep apnea as a vascular disease risk factor and (the need) to screen for individuals at high risk for sleep apnea and associated vascular disease."