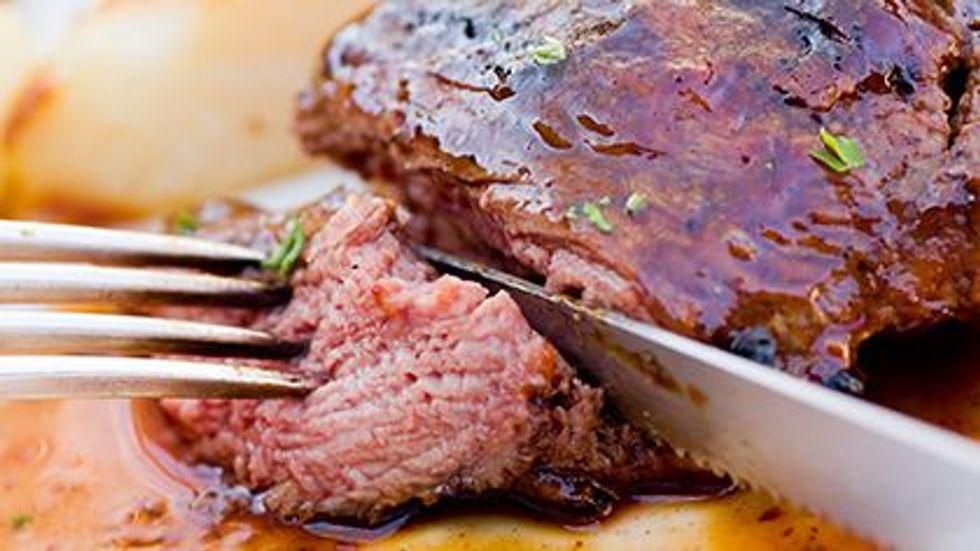 Eating beef, lamb, pork and processed meats spells trouble for your heart, and the more you eat, the worse it gets, new research warns.

The meta-analysis -- an overview of data from a large number of studies -- included more than 1.4 million people who were followed for 30 years. It found that for each 1.75 ounces of beef, lamb and pork consumed, the risk of heart disease rose 9%, CNN reported.

Processed meats were even worse: For each 1.75 ounces of processed meats such as bacon, ham or sausage consumed, the risk rose 18%, according to the study published July 21 in the journal Critical Reviews in Food Science and Nutrition.

A recommended serving of meat is about 3 ounces, the size of a bar of soap or deck of cards, according to the American Cancer Society.

"Processed meat appears to be worse for coronary heart disease," study co-author Anika Knüppel, a nutritional epidemiologist in the department of population health at the University of Oxford, in England, told CNN.

"This is in line with what has been found for bowel [colon] cancer, where processed meat has been shown to be associated with higher increase in risk than red meat," Knüppel added.

The good news from the study is that poultry — such as chicken and turkey — don't appear to increase the risk of heart disease, CNN reported. Considered lean meats, most types of poultry do not contain the levels of saturated fat as found in red meat, nor the high levels of sodium that are part of processed meats.

Saturated fat contributes to the development of plaque on your artery walls, which can create dangerous blockages. Meanwhile, sodium raises blood pressure, restricting the flow of blood to the heart.

Visit the U.S. Department of Agriculture for more on healthy eating.