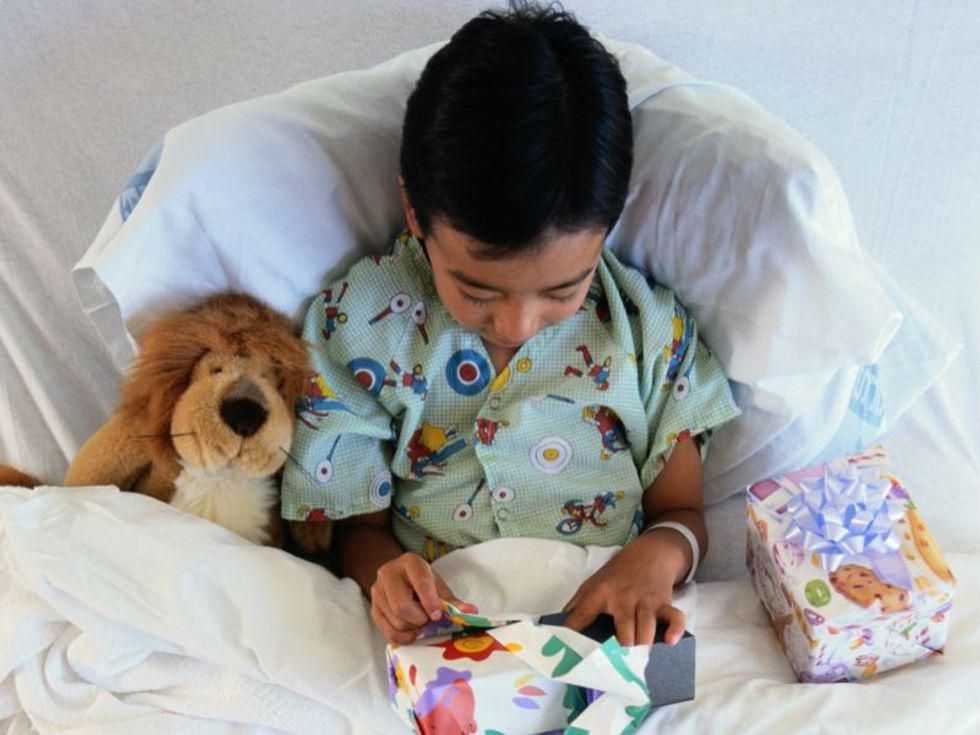 About one in 20 kids hospitalized with COVID-19 develop debilitating brain or nerve complications that could haunt some for a long time, a new British study reports.

About one-third of the stricken kids had symptoms that didn't resolve in the short term, though it's unknown how long their brain problems will linger, the researchers said.

"Many of the children identified were very unwell," senior author Dr. Rachel Kneen said in a news release from the University of Liverpool. "Whilst they had a low risk of death, half needed intensive care support and a third had neurological disability identified. Many were given complex medication and treatments, often aimed at controlling their own immune system."

Kneen, a pediatric neurologist with Alder Hey Children's NHS Foundation Trust in Liverpool, U.K., said it will be important to follow these kids to understand the long-term impact.

The U.S. Centers for Disease Control and Prevention estimates that about 1% of school-age children with COVID-19 require hospitalization. Only 0.1% become so sick that they need treatment in an intensive care unit.

But kids who fall this ill with COVID-19 face the same sort of severe health problems as adults, said Dr. Ravi Jhaveri, interim head of infectious disease for the Children's Hospital of Chicago.

"We have seen kids suffer the worst outcomes of COVID-19 infection across the gamut, whether it's clotting complications, cardiac effects, now brain and nerve deficits, and potentially longer-term symptoms referred to as 'long-hauler,'" Jhaveri said.

Of 1,334 kids under age 18 hospitalized with COVID-19 from April 2020 through January 2021, the investigators identified 52 who developed neurological complications.

The researchers further split the cases between kids who suffered brain problems during their initial COVID-19 infection and those whose symptoms developed as a result of multisystem inflammatory syndrome in children (MIS-C). MIS-C is a severe inflammation syndrome that typically occurs weeks after a child's COVID-19 infection has cleared.

Those who later fell ill with MIS-C had a different set of symptoms and were more likely to require intensive care, the study authors noted. Their symptoms included encephalopathy (brain malfunction), stroke, behavior change and hallucinations.

About two-thirds of the kids had apparently good short-term outcomes. The rest had some degree of lingering disability, the findings showed.

It appears that the body's immune response to COVID-19 can have a severe effect on the brain health of children, either during the initial infection or due to a later MIS-C "cytokine storm" caused by the body's immune overreaction to the coronavirus, said Dr. Sanjeev Kothare, director of pediatric neurology at Cohen Children's Medical Center, in New Hyde Park, N.Y.

Kothare noted that his center has treated about 50 patients with MIS-C following a COVID-19 infection, including two or three who suffered seizures.

"Interestingly, the virus was rarely ever detected in the spinal fluid," he said. "So it's not a viral invasion of the brain. It's the cytokine storm created by the virus in the body that crosses the blood-brain barrier and causes all these symptoms."

Symptoms in some of his patients have lingered for at least six months, Kothare said.

Treatments are available for kids with these symptoms, either directly targeting their COVID-19 infection or dealing with the neurological symptoms, Kothare and Jhaveri said.

But because cases are so rare, it's hard to get a handle on what works best.

"Because the numbers are so small, a controlled study would be really difficult, and so we're left with small reports and case histories describing outcomes and perhaps differences in the treatment approach," Jhaveri said.

COVID-19 vaccines haven't yet been approved for kids under 12, but these results highlight the need for everyone else to get the jab and protect vulnerable children, he said.

"We can't predict which children are going to get sick with severe symptoms, and so by widespread vaccination of those who are eligible when they are able to get it, we can try to prevent the worst outcomes," Jhaveri said.

And that's similar to any other vaccine-preventable illnesses dealt with in the course of history, including polio, measles and chicken pox, Jhaveri said.

"The story is essentially the same," he said. "Even though a few kids may suffer the worst consequences, the idea of a population-wide strategy of vaccination helps protect them."

The findings were recently published online in The Lancet Child & Adolescent Health.

The U.S. Centers for Disease Control and Prevention has more about COVID-19 vaccines for children and teens, and COVID trends among school-aged kids.