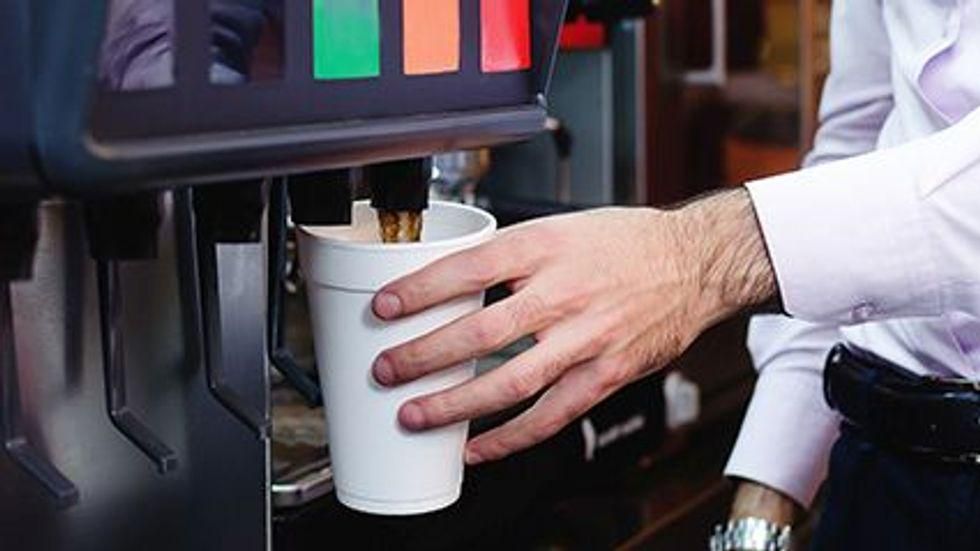 You'll get more than a day's worth of added sugars when you pour a soda fountain drink at most U.S. restaurant chains, a new report finds.

Even small-sized drinks exceed recommended guidelines, said researchers at the Center for Science in the Public Interest (CSPI).

For the study, CSPI researchers examined levels of added sugar in full-calorie soda fountain drinks at the top 20 restaurant chains by revenue.

The investigators found that small drinks averaged 65 grams of added sugar — more than the recommended daily limit of 50 grams (12 teaspoons) of added sugar, based on a 2,000-calorie diet.

The report suggests that state and local governments in the United States should require menus to include warning icons on items with high levels of added sugar.

"People are returning to restaurants and dining out more," said Sarah Sorscher, deputy director of regulatory affairs for the CSPI.

"Sugar warnings would allow all of us to make more informed decisions about our own health by providing information on menus about the added sugars that are often hidden in restaurant foods and beverages," she said in a center news release.

Making it harder for consumers to manage their sugar intake, sugar content in the same size soda could vary threefold from restaurant chain to chain, according to the report.

Citing a New York City idea as a model, the researchers said a proposal there would require icons on menu items that exceed the 50-gram recommended daily limit for added sugar.

A new survey accompanying the report showed that three-quarters of New York State residents support having these warnings on menus.

The findings were released online July 8 by the Center for Science in the Public Interest.

The American Academy of Family Physicians has more on added sugars.