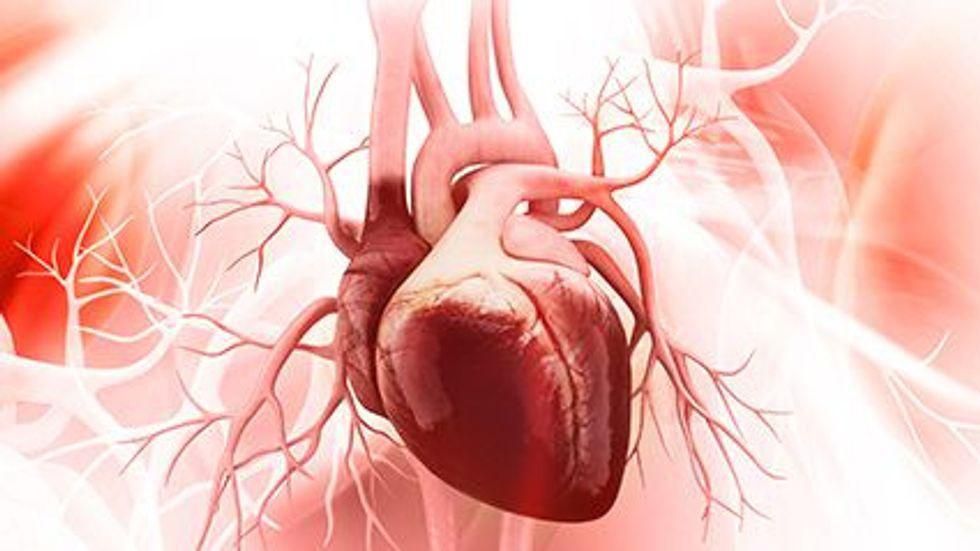 A gene therapy aimed at freeing the heart's capacity for self-repair has shown early promise in an animal study.

The study -- done in pigs -- found that the treatment approach was not only feasible, but also improved the animals' heart function after they sustained heart attack damage.

There is a long way to go before a similar gene therapy could be applied to human heart attack sufferers. But researchers said the findings offer proof that heart muscle cells can be coaxed into dividing and spreading to help repair damaged tissue.

The hope is to one day have a therapy that can prevent heart attack sufferers from developing heart failure, according to senior researcher Dr. James Martin, a professor at Baylor College of Medicine in Houston.

Heart failure is a chronic condition in which the heart can no longer pump blood efficiently enough to meet the body's needs. It has various causes, but heart attack is a common one.

During a heart attack, the organ is starved of blood and oxygen, which kills a portion of the muscle. That damaged area is replaced by scar tissue, which hinders the heart's pumping ability -- often leading to heart failure.

The ultimate goal of this gene therapy research is to halt that "downward spiral," Martin said.

As ingenious as the human heart is, it lacks a way to self-repair. Cardiomyocytes (heart muscle cells) have only a very limited capacity for renewal.

As Martin explained, it's thought that human heart cells evolved to become highly specialized, dedicated to their job of providing a strong, steady pump that lasts for decades. They do not divide and proliferate in a way that would be necessary for tissue regeneration.

The experimental gene therapy used in this study targets a system in the human body -- known as the Hippo signaling pathway -- that normally inhibits cells in the heart and other organs from proliferating.

That's a necessary function. If the Hippo pathway were dialed down throughout the heart, that would likely spell trouble, Martin said.

But his team reasoned that trying to inhibit the Hippo pathway in a limited way, among surviving cells bordering the area of heart attack damage, might prove effective.

To do that, they turned to gene therapy. The researchers used a non-infectious virus as a vehicle to deliver genetic material -- a piece of RNA -- designed to "knock down" a particular gene in the Hippo pathway.

On average, there was a 14% improvement in the animals' ejection fraction -- a measure of the heart's pumping ability.

The findings were published June 30 in the journal Science Translational Medicine.

"This is an elegant study," said Dr. Arthur Feldman, a professor at Temple University Lewis Katz School of Medicine in Philadelphia.

Feldman, who was not involved in the research, is studying gene therapy for a form of heart failure caused by mutations in a specific gene, called BAG3.

He said that approach -- aiming to replace a defective gene -- is different from the one used here, where the goal was to suppress a normal pathway in the heart and encourage self-repair.

Feldman called the concept "fascinating," but also said important questions remain before the tactic could move into human testing.

So one concern, Feldman said, is that inhibiting the Hippo pathway could cause too much cell proliferation, including in other organs.

Another question, he said, is whether spurring muscle growth in just one part of the heart could trigger arrhythmias.

In this study, researchers found no signs of tumors in the treated pigs' lungs or livers. And in the heart, Martin said, the treatment may be "self-limiting." One reason is that once heart muscle cells start dividing and achieve a greater density, the Hippo pathway is turned back on.

That said, Martin agreed that plenty of work lies ahead.

He said researchers will continue to study the approach in animals, to ensure it's safe for the heart and shows no unintended effects on other organs.

And while pig hearts are similar to human hearts, there are also differences. Figuring out how human cardiomyocytes respond to the gene therapy will be "essential," the researchers said.

The American Heart Association has more on causes of heart failure.