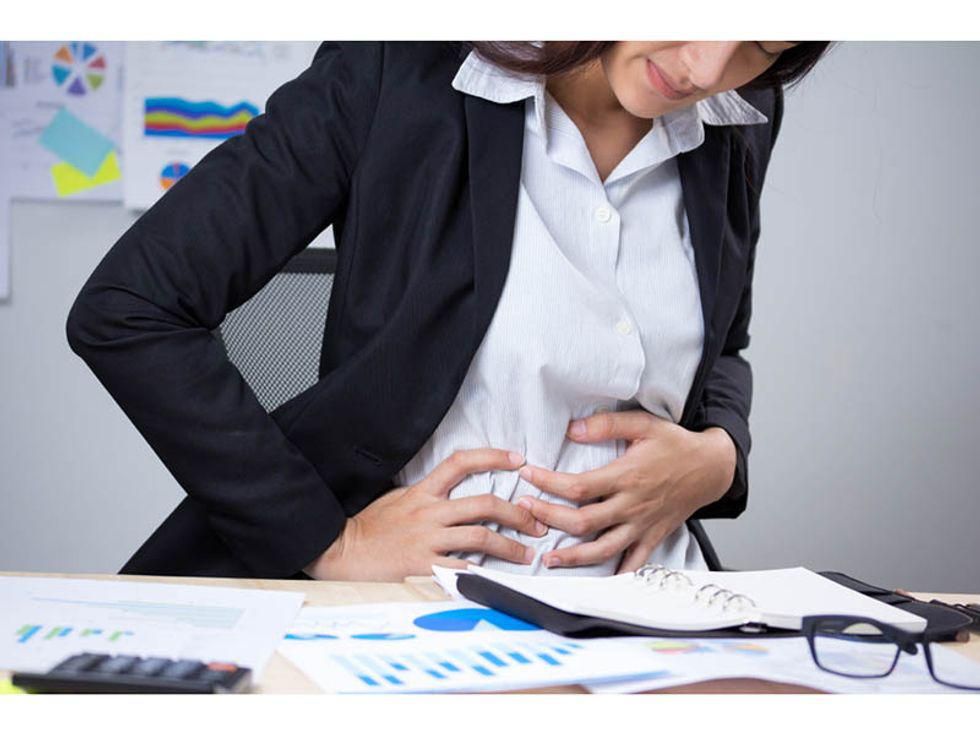 An experimental drug can prevent intestinal damage caused by celiac disease, an early trial has found — raising hopes that it could become the first medication for the serious digestive disorder.

With celiac disease, the immune system attacks the lining of the small intestine when a genetically susceptible person eats gluten — a protein found in wheat, rye and barley.

The symptoms of celiac include diarrhea, abdominal pain, fatigue and weight loss. Underlying it all is an aberrant immune system attack that damages hair-like structures in the intestinal lining called villi. Villi absorb nutrients from food, so people with celiac can become malnourished and develop problems like anemia and thinning bones.

Right now, the only treatment is "rigorous avoidance of even traces of gluten in the daily diet," said lead researcher Dr. Detlef Schuppan.

But a lifelong gluten-free diet is difficult to maintain, said Schuppan, a professor at the University Medical Center of Johannes Gutenberg University, in Germany.

Gluten can lurk in many processed foods, from pasta and breakfast cereals to sauces and soups to energy bars and chips.

Beyond being a practical burden, the strict diet is a "social and psychological" one as well, Schuppan noted.

And even when patients manage to adhere to it, he said, some can still have intestinal inflammation and symptoms.

The new study, published July 1 in the New England Journal of Medicine, looked at whether an experimental drug can prevent that intestinal damage.

The drug, dubbed ZED1227, inhibits the activity of an enzyme called transglutaminase 2 (TG2) in the intestines, Schuppan explained. TG2 plays a key role in the autoimmune response that marks celiac.

The trial, which was funded by drugmaker Dr. Falk Pharma, enrolled 163 adults with celiac disease who'd been successful with a gluten-free diet for at least a year.

The researchers randomly assigned the patients to one of four groups: three were given various doses of ZED1227 to take every morning for six weeks; the fourth took placebo pills.

Thirty minutes after each morning dose, the study patients ate a biscuit containing a moderate amount of gluten, as a way to test the drug's ability to block gluten-induced inflammation.

After six weeks, the trial found, patients on any dose of the drug showed fewer signs of intestinal damage, versus the placebo group. As for side effects, skin rash was the only symptom more common among medication users; that was seen in 8% of patients on the highest dose.

Dr. Joseph Murray, a gastroenterologist at the Mayo Clinic, called the findings "encouraging."

The trial "proves that blocking this key enzyme is feasible," said Murray, who is also a medical advisor to the Celiac Disease Foundation.

Whether that will also lessen patients' symptoms and improve their quality of life remains to be seen in larger studies, Murray said.

Like Schuppan, he noted that gluten-free diets are tough to maintain, and are not always enough on their own.

"About 30% of patients continue have substantial issues despite doing their best on a gluten-free diet," Murray said.

Those patients will be the focus of future research. Schuppan said his team is planning a trial that will test ZED1227 in celiac disease patients who are not completely responding to a gluten-free diet.

If ZED1227 or any other medication becomes available for celiac, that does not spell the end of the gluten-free diet.

According to Murray, it's likely patients will still have to follow diet restrictions. But, especially given the difficulty of avoiding gluten entirely, medication should make people's lives easier, he said.

"There is real hope we will have additional treatments for celiac, which heretofore has placed the entire burden of care on the patient," Murray said.

Roughly 1% of the world's population has celiac disease, according to the Celiac Disease Foundation. In the United States, it's estimated that 2.5 million people are undiagnosed.

The Celiac Disease Foundation has more on celiac disease.