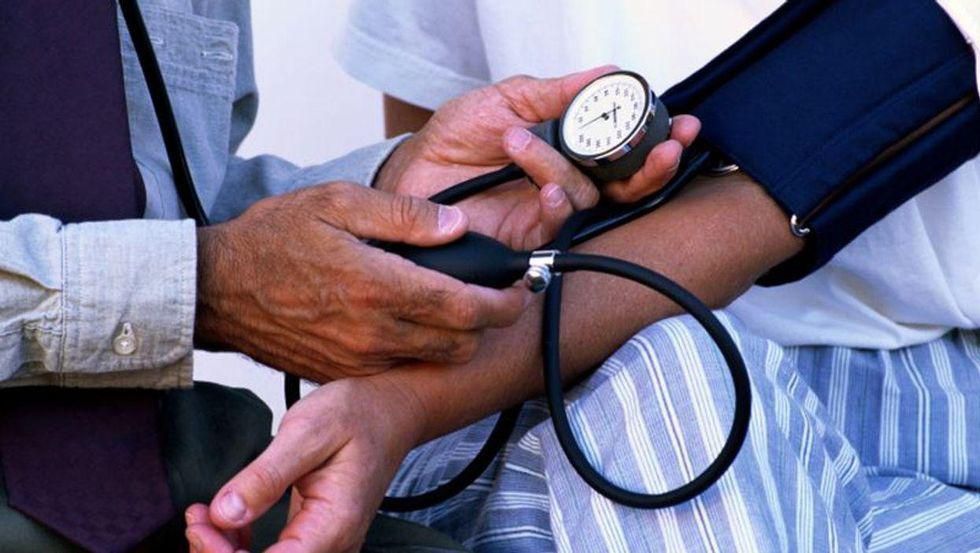 People living with HIV have to take powerful drug cocktails to keep their disease in check, but a new study finds they also need to worry about a doubled risk of sudden cardiac death.

Unlike a heart attack caused by a blocked heart artery, sudden cardiac death can happen without warning and is triggered by an electrical malfunction that causes an irregular heartbeat. Within minutes, there is a loss of consciousness and a high likelihood of death.

Among those with HIV, autopsies found scarring of the heart muscle -- called fibrosis -- which may be why sudden cardiac death is more likely in these patients, researchers report.

"Deaths caused by fatal arrhythmias among HIV patients are 87% higher than among the general population," said lead researcher Dr. Zian Tseng, a cardiac electrophysiologist at the University of California, San Francisco.

"There's a chronic level of inflammation in patients with HIV," he explained. "This fibrosis has been described in other organs, as well as lymph nodes, liver and the gut. So, the heart is just another place where this chronic inflammation induces this scarring response."

Tseng said that chronic inflammation in HIV patients persists even among those on antiretroviral medication whose level of HIV is undetectable in blood tests. Most likely, the virus is hiding in organs in the body and lymph nodes and is still causing inflammation that results in the scarring that leads to malfunction of organs, he said.

Although the inflammation can't be prevented, Tseng believes that using MRIs could identify fibrosis in patients who have had arrhythmias. Steps could also be taken to reduce the risk of sudden cardiac death by implanting a pacemaker/defibrillator that can prevent fatal arrhythmias.

But not all the deaths among HIV patients thought to be from sudden cardiac death are actually caused by heart disease, Tseng said.

A third of the deaths they looked at, which were assumed to be from sudden cardiac death, were actually caused by drug overdoses, even though no evidence of drug abuse was seen at the time of death, he said.

The study used data from a study that examined unexpected sudden deaths in San Francisco from 2011 to 2016.

In this study, Tseng's team reviewed records and autopsies to find the real causes of sudden death among HIV patients. They found that the rate of sudden death was more than twice as high among those with HIV.

Specifically, of the 610 unexpected deaths among people with HIV, 109 deaths were from out-of-hospital cardiac arrest. A review of medical and autopsy records found that all but one of the 109 deaths pointed to many underlying causes.

Of these, 48 appeared to be from sudden cardiac death, but only 22 were caused by arrhythmia and heart disease, a damaged or enlarged heart, or from preexisting arrhythmic disease.

Other non-cardiac deaths among HIV patients who were thought to have died from sudden cardiac death actually died from other causes such as kidney failure, infection, bleeding and diabetic ketoacidosis.

"Patients and their providers should really screen for substance use and take that risk seriously," he said. "From a cardiac standpoint, the HIV population really needs to pay attention to symptoms such as fainting, chest pain, palpitations and skipping heartbeats. Those are potential warning signs of problems, and particularly rhythm heart problems that the provider might want to do further tests for."

Dr. Jeffrey Laurence, a senior scientist for programs at amfAR (Foundation for AIDS Research) said this study adds to the knowledge of how HIV affects life span even when patients are on antiretroviral medications. He was not part of the research.

Laurence believes the inflammation that leads to fibrosis may be caused by some antiretroviral drugs, especially older ones. "We should look at the kinds of anti-HIV drugs you're on, because some of them may be more prone to give you the fibrosis," he said.

He also thinks the virus itself is involved, and fibrosis may stem from a combination of HIV and certain medications.

"People argue whether that inflammation is related to a very low level of virus that is present in tissues that you may not detect," Laurence said. "We've argued that certain kinds of anti-HIV drugs, particularly the drugs that people took earlier on in the epidemic, promote inflammation just by themselves. So I think it's a combination. I think in patients on the newer kinds of antiretroviral drugs, like the integrase inhibitors that have never been associated with cardiac disease, it's the virus that causes the inflammation."

Laurence, who is also a professor of medicine in the division of hematology-oncology at Weill Cornell Medical College in New York City, has an additional theory. He thinks that HIV might permanently damage the immune system, and that's the source of the inflammation.

"Is there anything we know to do to stop fibrosis? That's the million-dollar question," Laurence said.

Many pharmaceutical companies have been looking to find effective treatments for fibrosis, way before anyone heard of HIV, he said.

"Thus far, everything is still more or less in the experimental phase. Someone who discovers a drug with minimal side effects to treat inflammation is going to make a whole lot of money, not only because of HIV but because of inflammation in general," Laurence said.

The report was published June 17 in the New England Journal of Medicine.