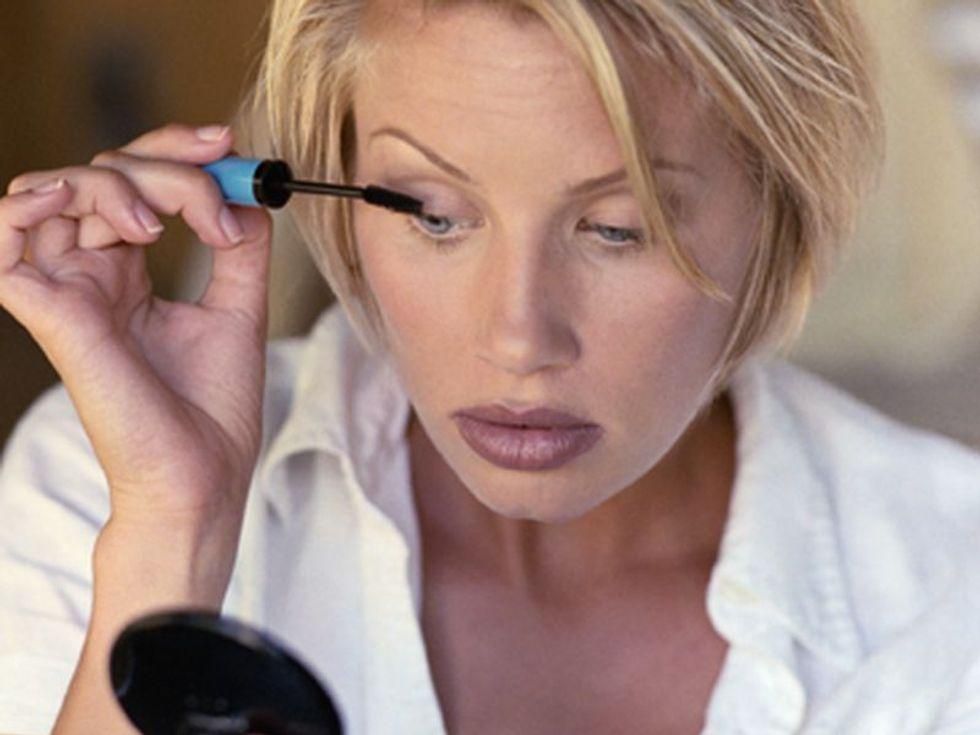 A polished, perfectly put-together face can be a huge boost to your confidence, but a new study shows that many of the cosmetics that help achieve that look might also be harmful to your health.

In the United States and Canada, plenty of beauty products appear to contain high levels of per- and polyfluoroalkyl substances (PFAS), a potentially toxic class of chemicals linked to some serious health conditions, researchers report.

In particular, most waterproof mascaras, liquid lipsticks and foundations contained high levels of fluorine, an indicator that PFAS are in the product.

"Those three categories were more likely than others to have high fluorine," said researcher Tom Bruton, a senior scientist at the Green Science Policy Institute, an independent research and environmental advocacy organization in Berkeley, Calif.

The chemicals are used to make cosmetics more durable, and to make them spread better, Bruton explained. No company names were listed in the report, though the researchers said the problem is "widespread."

There are more than 4,700 different PFAS chemical compounds, researchers said. Since the 1950s, they have been widely used in a number of consumer products, including stain-repellent fabrics, nonstick cookware, polishes, waxes, paints and cleaning products, according to the U.S. Environmental Protection Agency.

Unfortunately, PFAS are considered "forever chemicals" because they don't naturally degrade, Bruton said. Instead, they accumulate in the bodies of humans and animals. It's believed that every single American has a detectable level of PFAS in their bodies.

Some PFAS chemicals have been shown to be toxic, potentially contributing to high cholesterol levels, low infant birth weights, immune deficiencies and thyroid gland disruptions, according to the EPA.

"The problem with these chemicals is they last a long time in the environment as well as in your body," said Dr. Maaike van Gerwen, an assistant professor in the Institute of Translational Epidemiology at Mount Sinai in New York City. "We do not know exactly what the harm is of exposure to very low levels of these chemicals over a very long period of time, because these are a relatively new kind of chemical."

For example, there are concerns that PFAS' effect on the thyroid could lead to thyroid cancer, van Gerwen said.

For this study, researchers purchased 231 different cosmetics products in the United States and Canada and tested them for fluorine, Bruton said.

"We found over half the products we tested contained elevated fluorine levels," Bruton said.

The cosmetic categories that had the highest percentage of 213 high fluorine products were foundations (63%), eye products (58%), mascaras (47%), and lip products (55%), the study found.

Here is a chart outlining the complete findings: 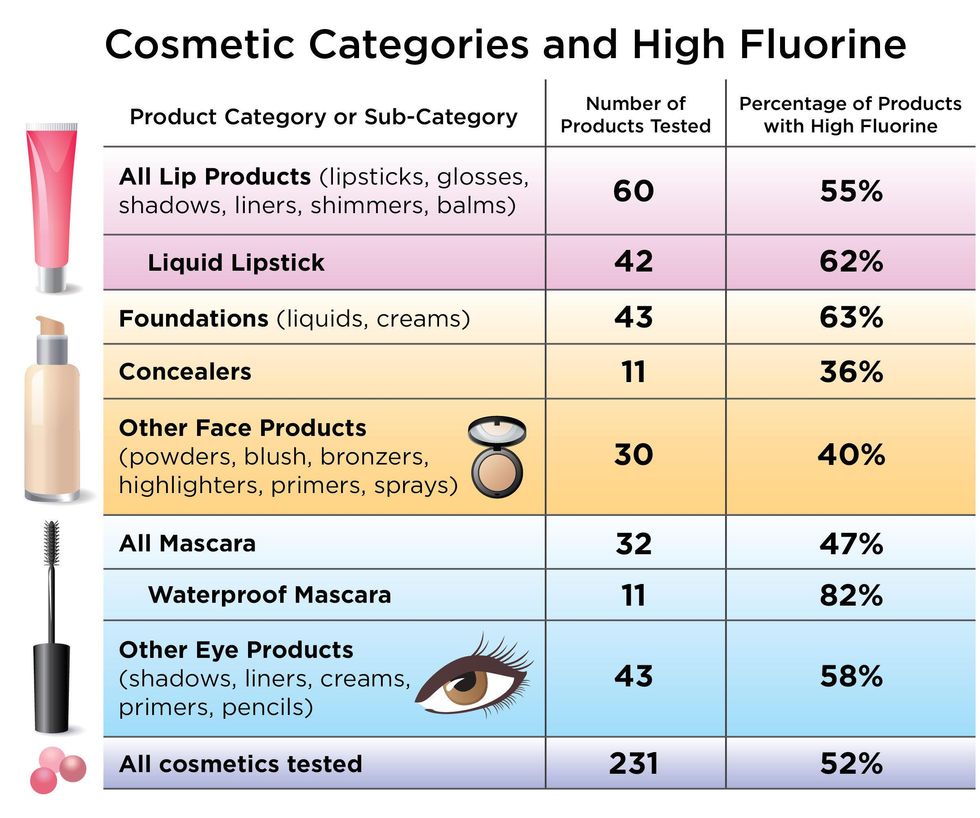 Even more concerning was that cosmetics containing high levels of fluorine more often than not failed to disclose any PFAS chemicals on their labels, Bruton noted.

Further analysis of 29 cosmetics with high fluorine levels revealed that they contained between four and 13 specific PFAS chemicals, researchers found. However, only 1 of the 29 products listed PFAS as an ingredient on the product label.

Despite this, Bruton recommends that consumers who want to limit their exposure to PFAS read the labels anyway, to at least avoid products where the chemicals are accurately listed.

High levels of fluorine were frequently found in products advertised as "long-lasting" and "wear-resistant," which could provide another clue for discerning consumers.

But in the end, there's not much consumers can do to solve the problem.

Bar soap and water are fine for cleansing the face if you have sensitive or dry skin. See Answer

"It's important that the government step up to regulate ingredients in cosmetics with more stringency," Bruton said. "It's also time the cosmetics industry steps up and begins efforts to move away from this class of chemicals."

The U.S. laws governing cosmetics safety and labelling date back to 1938 and 1967, "which tells you something," Bruton said.

However, on Tuesday, Sens. Susan Collins (R-Maine) and Richard Blumenthal (D-Conn.) introduced the No PFAS in Cosmetics Act in the Senate, the Washington Post reported. The same bill was introduced in the U.S. House by Rep. Debbie Dingell (D-Michigan). It would direct the U.S. Food and Drug Administration to issue a proposed rule banning the intentional addition of PFAS in cosmetics within 270 days of the bill's passage, and require a final rule to be issued 90 days later.

"Our bill would require the FDA to ban the addition of PFAS to cosmetics products," Collins said in a statement. "Americans should be able to trust that the products they are applying to their hair or skin are safe."

"Toxic forever chemicals have no place in personal care products," Scott Faber, EWG's senior vice president of government affairs. "PFAS have been linked to serious health problems, including cancer and harm to the reproductive and immune systems. EWG applauds Sen. Collins and Rep. Dingell for introducing the No PFAS in Cosmetics Act."

Last year, California became the first state in the country to ban toxic chemicals in cosmetics -- including a number of PFAS. Maryland did the same this month, but the laws don't take effect until 2025, the Post reported.

The FDA regulates cosmetics, but "the cosmetics industry itself is responsible for assessing the health and safety of ingredient, and there's not much FDA oversight of that process," Bruton said.

The Personal Care Products Council, which represents the cosmetics industry, did not have comment on the findings.

The new study was published online June 15 in the journal Environmental Science and Technology Letters.

The U.S. Environmental Protection Agency has more about PFAS.