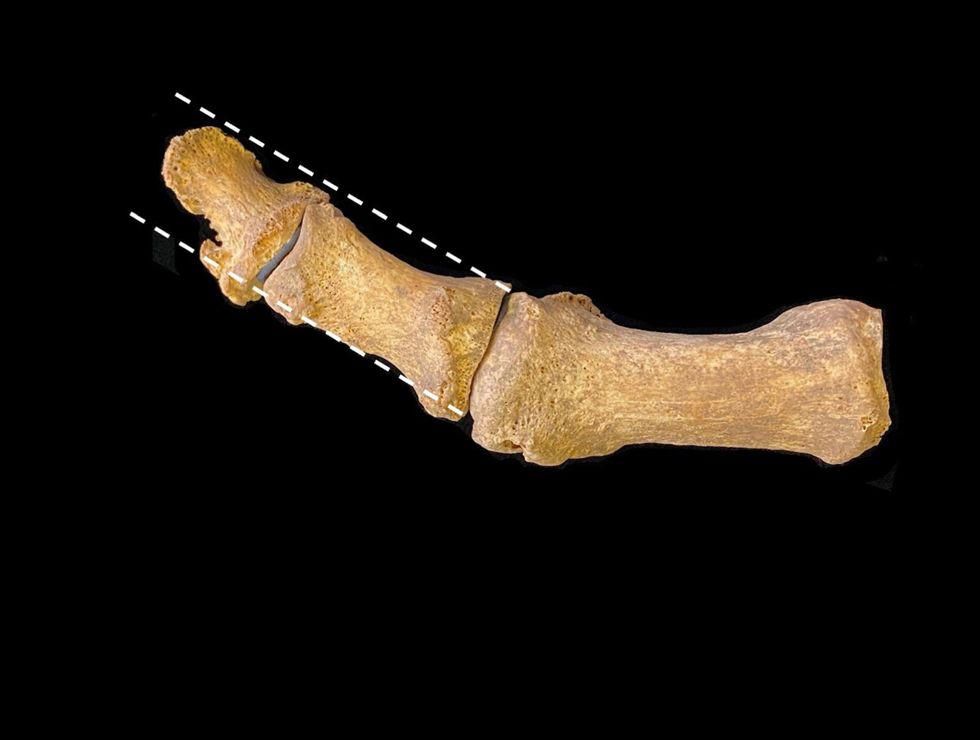 Suffering for fashion is nothing new. Researchers in the United Kingdom have unearthed new evidence that stylish pointed shoes caused a "plague" of bunions in the late medieval period.

Investigators from the University of Cambridge analyzed 177 skeletons from cemeteries in and around the city of Cambridge. Included were a charitable hospital, the grounds of a former Augustinian friary where clergy and wealth benefactors were buried, a local parish graveyard that held the working poor and a rural burial site by a village.

Researchers inspected foot bones for the bump by the big toe that is the hallmark of hallux valgus, known to millions of sufferers as bunions.

They found that those buried in the town center, particularly in plots for wealthier citizens and clergy, were much more likely to have had bunions.

Only 3% of the rural cemetery showed signs of bunions, 10% of the parish graveyard, 23% of those on the hospital site and 43% of those at the friary.

While just 6% of individuals buried between the 11th and 13th centuries had evidence of bunions, 27% of those from the 14th and 15th centuries were hobbled by the affliction.

That's likely because shoe style changed significantly during the 14th century, when it shifted from a functional rounded toe box to a lengthy pointed tip.

"The 14th century brought an abundance of new styles of dress and footwear in a wide range of fabrics and colors. Among these fashion trends were pointed long-toed shoes called poulaines," said study co-author Piers Mitchell, from Cambridge's archaeology department.

"We investigated the changes that occurred between the high and late medieval periods and realized that the increase in hallux valgus over time must have been due to the introduction of these new footwear styles," Mitchell said in a university news release.

Hallux valgus is a minor deformity in which the largest toe becomes angled towards the second toe and a bony protrusion forms at its base, on the inside of the foot. Though genetics and muscle imbalance can predispose a person to bunions, the most common contemporary cause is restrictive boots and shoes.

In the 13th and 14th centuries, it was increasingly common for those in clerical orders in Britain to wear stylish clothes -- a cause for concern among high-ranking church officials, Mitchell noted.

Across late medieval society, the pointiness of shoes became so extreme that in 1463 King Edward IV passed a law limiting toe-point length to less than 2 inches within London.

The majority of remains with signs of bunions in the study, 20 of 31, were male.

Lead author Jenna Dittmar, who conducted the work while at Cambridge, also found that skeletal remains with hallux valgus were more likely to show signs of fractures that usually result from a fall.

"Modern clinical research on patients with hallux valgus has shown that the deformity makes it harder to balance, and increases the risk of falls in older people," Dittmar said in the release. "This would explain the higher number of healed broken bones we found in medieval skeletons with this condition."

The paper appears in the June 10 issue of the International Journal of Paleopathology.

The American College of Foot & Ankle Surgeons has more on bunions.

Learn about common causes of foot pain such as bunions, corns, athlete's foot, plantar warts and more. Get the latest information on treatments for foot pain.