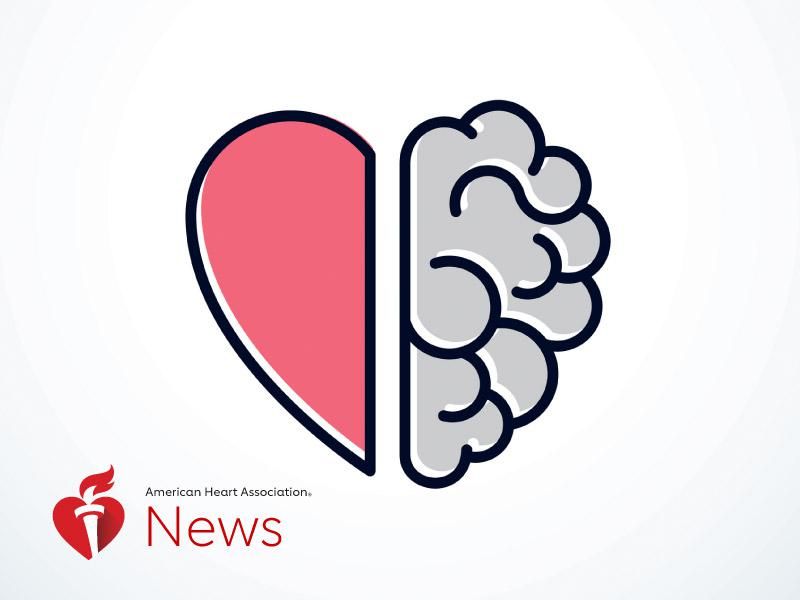 The day 23-year-old Jordan Chaffiotte was discharged from the hospital following her successful open-heart surgery should have been a happy one. A cause for celebration.

Instead, she found herself sobbing in the living room with her parents and sister, struggling with guilt and depression.

"Before I left the hospital, the doctor gave me a clear picture that it was normal after heart surgery to have feelings of depression," said Chaffiotte, of Bridgewater, New Jersey. "All of the doctors warned me I would feel this way, but you just don't expect it to happen to you."

Feelings of depression following heart surgery – or any type of cardiac event – are common. But they also can substantially raise the risk for complications and even death. A 2017 study in the European Heart Journal found being diagnosed with depression at any time following a heart disease diagnosis doubles the risk of premature death.

The relationship between depression and heart disease has been studied for decades, and cuts both ways. The European Heart Journal study showed roughly 1 in 5 people with heart disease experience major depression, with an even greater number reporting some symptoms. But being depressed also significantly raises a person's risk for heart problems, by as much as 64%, according to research highlighted by the National Heart, Lung, and Blood Institute.

Why are the two so intricately linked?

"That was a good question 25 years ago, and we're still asking that question," said Robert Carney, a professor of psychiatry at Washington University School of Medicine in St. Louis. In 2014, he co-authored an American Heart Association scientific statement recommending depression be considered a risk factor for poor outcomes after a heart attack.

"There are multiple possibilities in two broad camps. One is biological, and one is behavioral," he said.

People with depression have a stronger response to stress, which releases higher levels of the hormone cortisol. Too much cortisol can damage heart health, Carney said.

People who are depressed also may have uncontrolled high blood pressure, elevated heart rates, greater levels of inflammation and the clumping together of blood platelets, which can lead to clots.

On the behavioral side, Carney said, people who are depressed are more likely to engage in behaviors that raise the risk for heart disease, such as eating an unhealthy diet, gaining weight, smoking, drinking too much alcohol and not getting enough exercise. They also are less likely to take needed heart medications.

But not everyone with depression develops heart trouble, Carney said. Likewise, not everyone with heart disease gets depressed. Some people show no signs of depression until a cardiac event. Others, like Chaffiotte, find heart issues exacerbate an underlying mental health condition.

"The surgery shone a light on something that was already there," said Chaffiotte, whose depression was diagnosed a few months prior to her surgery. She was born with a rare heart defect known as Ebstein anomaly, in which a faulty valve allowed blood to leak and pool in the other side of her heart, causing it to triple in size.

And then life hit her with a series of stressful events. During the months before her surgery, Chaffiotte's grandmother and two uncles died. But it wasn't until she was sobbing uncontrollably over a minor mistake at work that she realized something was amiss.

"I felt this overwhelming sense of guilt and failure, and that I was letting people down," she said. So, she went to see a therapist.

"In that conversation, I made the connection that it probably was not about the work mistake, it was really about everything going on at that time. It was not really the surgery itself. It seemed that particular stressor allowed me to see how much I had been just managing on my own, thinking everyone feels this way."

Depression after a heart attack, surgery or other similar event can be short-lived, Carney said, especially in people who didn't have previous symptoms of depression.

"This is more common in younger people," he said. "They ask themselves, 'How can this be happening to me?' Once they realize they won't die, and recognize what they have to change, like maybe stop smoking or exercise more, the symptoms of depression decline."

For others, depression is chronic or recurrent, Carney said. "They may become less depressed for a while, but it returns."

Chaffiotte, now 27, continues to deal with bouts of depression four years later, as she learns to live with the limitations of a lifelong heart condition. She takes anti-depression medication and sees a therapist. She also has learned to process feelings as they occur.

"A lot of the triggers for my depression are not heart-related," she said. "They're the same things I have been dealing with all my life. I need to achieve. I don't want to let people down. I'm a people pleaser. I try to juggle a lot.

"On top of it, there is that lingering experience of having gone through this heart surgery, knowing I am supposed to be grateful to be alive, and I am. But I also feel very trapped sometimes, overwhelmed by all of the things going on in my life."

Medications such as selective serotonin reuptake inhibitors, called SSRIs, and psychotherapy have both been shown to help heart patients, Carney said. But it's unclear whether there's any benefit to heart health. Studies have shown mixed results.

Still, treating depression early in anyone experiencing symptoms is important for improving mental health, Carney said. "If you can treat this early on, your chance of success is much higher than if it lingers."