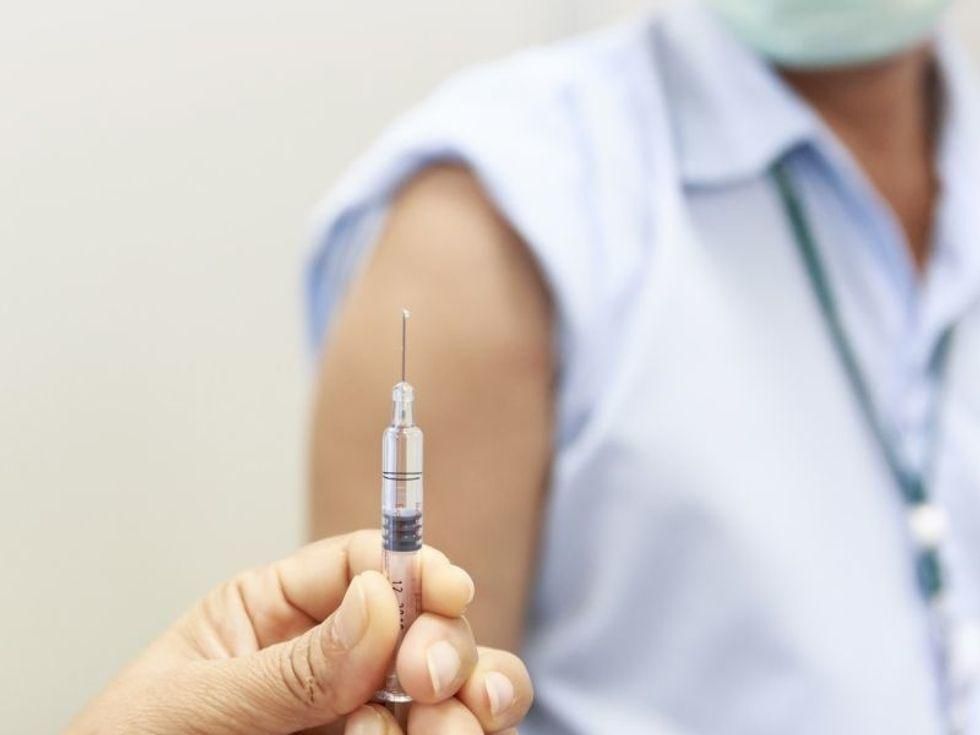 Vaccines approved for use in the United States and Europe show protection against all of the more infectious coronavirus variants known to be circling the globe, the World Health Organization said Thursday.

Since January, four variants of concern, including the one bringing India to its knees at the moment, have been monitored by health officials around the world, Kluge said. Known as B.1.617, the Indian variant has been detected in 44 different countries, according to a recent weekly epidemiological update from the WHO, CBS News reported.

"For the time being, we can say that all the four variants do respond to the vaccines made available, as of today," Kluge said. "But the best way to counteract is to speed up the vaccination rollout."

Unknown variants of the virus could still emerge and be resistant to existing vaccines, scientists at Johns Hopkins Medicine said. And experts noted that variant B.1.351, which first emerged in South Africa, might be resistant to some vaccines in development and that mutations like it are still being studied, CBS News reported.

Luckily, early trial results have shown that the Moderna vaccine provides increased immunity against variants of the virus found in South Africa and Brazil. And Pfizer's original vaccine has been shown to work against the variant first spotted in the United Kingdom, CBS News reported.

In the meantime, the news that the vaccines are still working comes as countries around the world start to ease some of the social distancing measures that have been in place for over a year.

Throughout America, states have lifted or eased mask mandates following new guidance from the U.S. Centers for Disease Control and Prevention that says fully vaccinated people no longer have to wear them in many instances.

But Kluge noted that "there is no such thing as zero risk" and warned people to remain cautious.

"Vaccines may be a light at the end of the tunnel but you cannot be blinded by that light," Kluge said. "We have been here before. Let us not make the same mistakes that were made this time last year that resulted in the resurgence of COVID-19."

He warned people to "exercise caution and rethink or avoid international travel," despite countries around the world reopening to tourism. He also advised adhering to social distancing protocols, wearing a face mask in public, and avoiding crowded spaces.

Fully vaccinated people will likely need a COVID-19 booster shot within about a year, the nation's top infectious diseases expert and Pfizer's CEO said this week.

"We know that the vaccine durability of the efficacy lasts at least six months, and likely considerably more, but I think we will almost certainly require a booster sometime within a year or so after getting the primary," Dr. Anthony Fauci told CNN.

Fauci also said Wednesday that variant-specific booster shots may not be needed.

"Instead of having to play whack-a-mole with each individual variant and develop a booster that's variant-specific, it is likely that you could just keep boosting against the wild type, and wind up getting a good enough response that you wouldn't have to worry about the variants," he said. The wild type is the original strain of the virus.

"I believe in one, two months we will have enough data to speak about it with much higher scientific certainty," he told CNN.

"If they got their second shot eight months ago, they may need a third one," Bourla said, adding that booster shots could be coming between September and October of this year.

He said Pfizer will have to see what the U.S. Food and Drug Administration approves, and what its recommendation will be on how best to protect the American people.

Moderna has also been working on a booster shot -- a half dose of its vaccine -- to fight COVID-19 variants like B.1.351, first seen in South Africa, and P.1, first discovered in Brazil, CNN reported.

Medical experts believe coronavirus may end up being like the flu, which requires a new shot every year both because the circulating strains mutate quickly and because immunity wears off quickly.

The fully vaccinated will soon be welcome to visit countries in the European Union, officials there announced this week.

The new measures for tourists and other travelers could take effect as early as next week, The New York Times reported.

Visitors will be allowed into the bloc's 27 member states if they've been fully immunized with vaccines approved by the European Union's regulator or the World Health Organization. They include the Pfizer, Moderna, Johnson & Johnson, AstraZeneca and Sinopharm vaccines.

That would make Americans, who have been receiving shots from Pfizer, Moderna and Johnson & Johnson, eligible to travel to the EU.

Visitors from countries considered safe from a COVID-19 perspective will also be allowed to visit Europe, and a list of those countries will be finalized on Friday, the Times reported.

The EU will also have a legal "emergency brake" that will let it quickly return to more restrictive travel rules if a threatening new variant or other COVID-19 emergency emerges, the Times reported.

In the United States, the vaccination picture is improving by the day. Biden has said there will be enough vaccine supply for every American adult by the end of this month. As of Friday, 126.6 million Americans were fully vaccinated and over 57 percent of adults had received at least one dose, according to the CDC. The U.S. Food and Drug Administration also recently approved the Pfizer vaccine for adolescents ages 12 to 15.

As of Friday, the U.S. coronavirus case count passed 33 million, while the death toll passed 588,500, according to a tally from Johns Hopkins University. Worldwide, nearly 165.6 million cases had been reported by Wednesday, with nearly 3.4 million people dead from COVID-19.