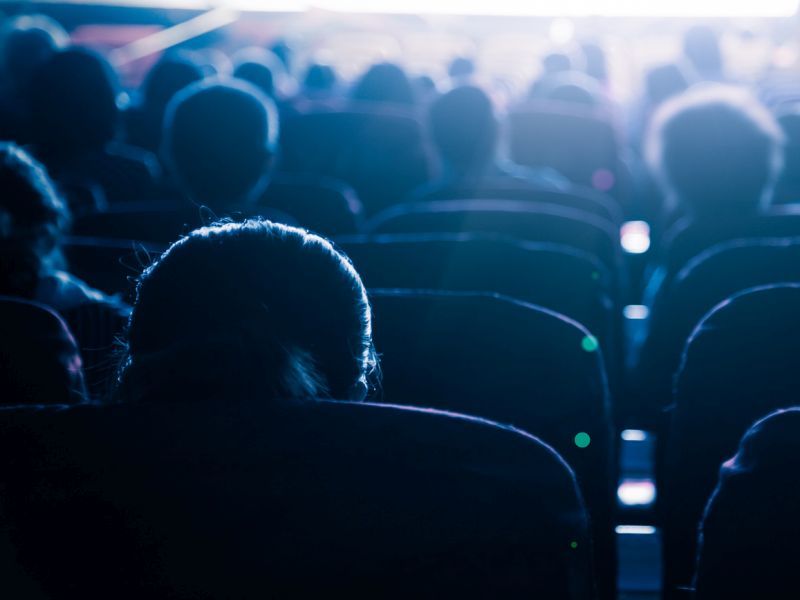 FRIDAY, May 14, 2021 (HealthDay News) – A good movie can be more than mere entertainment: It can also help you feel more prepared to tackle life's challenges and be a better person, a new study suggests.

This may be why folks sometimes choose films with difficult subjects or those that make them sad, researchers say.

Many studies have examined how people react to films or film clips in a lab setting, said co-author Michael Slater, a professor of communications. This one was designed to see how films affect people in the real world.

"We wanted to find out how people experience these movies in their everyday lives," Slater said.

For the study, researchers created two lists of 20 Hollywood films made after 1985 that had received high viewer ratings.

One contained films like "Hotel Rwanda," "Schindler's List" and "Slumdog Millionaire" — which the movie site IMDb described as poignant, inspiring or meaningful.

The other films included what researchers described as "less meaningful" fare, such as "Ratatouille," "Fight Club" and "Pulp Fiction."

Nearly 1,100 adults were recruited online to receive one list or the other and then to report which movies they had seen. They were then asked to complete a survey about one of those movies, which researchers randomly selected.

People who recalled a meaningful movie were more likely than others to say the film helped them make sense of difficulties in life. Meaningful films were also more likely to help viewers accept the human condition, researchers said.

Participants recalling the meaningful films were also more likely to say the movie motivated them to be a better person, do good things for other people and seek what really matters in life.

Key elements of these films were their poignancy, the mixture of happiness and sadness, their emotional range, and their ability to make people feel elevated and inspired by watching them.

Researchers said it was still possible to find meaning even in fare meant to be more entertaining than inspiring.

Participants were asked to select and rate the importance of three values from a list of 16 that they saw represented in their film, including "achievement and personal success," "love and intimacy" and "courage and bravery."

"We found that people felt better able to make sense of difficulties in their own life when they recalled a movie that focused on values that were important to them," Slater said. "That happened even when the movie was classified as one of the less meaningful films."

The findings were recently published online in the journal Mass Communication and Society.

Ott said the findings suggest why some people regard movies as more than entertainment.

"Some films may help people cope and grow through difficult periods in their life," he said. "And people may recognize this effect years after they have seen a particular movie."

The journal Nature has more research about movies and psychology.