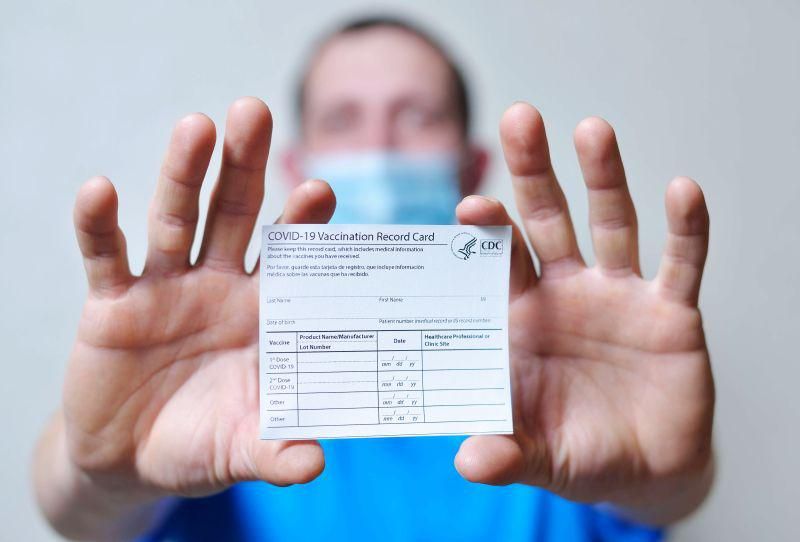 The ride-sharing initiative will last until July 4, a date that Biden has set for getting shots into the arms of at least 70 percent of American adults, The New York Times reported.

In a meeting with a group of six governors from states including Ohio, Utah and Maine, Biden detailed other vaccination efforts, including creating vaccination sites at community colleges and sending FEMA officials around the country to encourage people to receive a shot, the newspaper said.

"We're going to be able to take a serious step toward return to normalcy by Independence Day," Biden said. "And there's a lot of work to do though to get there. But I believe we can get there."

Although about 153 million people had received at least one vaccine dose in the United States as of Wednesday, according to the U.S. Centers for Disease Control and Prevention, the pace of vaccination has slowed recently.

Experts said they had expected the slowdown, but vaccine reluctance -- in part stemming from an 11-day pause in the rollout of Johnson & Johnson's single-dose vaccine after rare clots were reported in a small number of vaccine recipients -- remains a problem, the Times reported. Only a small percentage of Americans who have not yet been vaccinated say they will definitely do so, according to recent polls.

Some governors, including Jim Justice of West Virginia, have started to experiment with incentives that could sway hesitant Americans: Last month, Justice said the state would give $100 savings bonds to young people who get vaccinated, though officials are still trying to work out the details of the program. In New York, officials are offering free rail and subway tickets with vaccinations, the Times reported.

The governors who met virtually with the president on Tuesday had ideas of their own. Gov. Janet Mills of Maine told Biden that the state would offer vouchers to L.L. Bean, free fishing and hunting licenses, and tickets to local sporting events as incentives, the Times reported.

"We're calling this 'your shot to get outdoors,'" Mills said. "Oh, it's corny, I know, but we know that people in Maine found refuge in relief and Mother Nature throughout the pandemic."

Gov. Mike DeWine of Ohio said that the National Guard had set up small vaccination stations at nursing homes around the state. Gov. Spencer Cox of Utah said that pop-up clinics were appearing at churches and that health officials were working with clergy members to communicate information about the vaccines to their members.

McDonald's also said it was partnering with the Biden administration on a campaign to promote vaccination, the Times reported. Starting in July, coffee cups and delivery stickers will direct users to vaccines.gov and include messaging from the "We Can Do This" national campaign.

States and counties have already been getting creative with incentives. New Jersey offered a "shot and a beer" for residents who get their first vaccine dose in May and visit participating breweries in the state. And in Erie County, N.Y., Buffalo-area breweries double as vaccination clinics, offering a free beer to those who get a shot, WBFO reported. Suffolk County on Long Island is trying something similar, the Times reported.

"We got 10 times more people to get vaccinated with their first dose of the COVID-19 vaccine in just a few hours at a brewery than we would have if we had been sitting in one of our full-time clinics for 12 hours," Mark Poloncarz, the Erie County executive, told WBFO.

In a move that should hasten the country's recovery from the pandemic, the U.S. Food and Drug Administration on Monday approved the emergency use of Pfizer's two-dose coronavirus vaccine for 12- to 15-year-olds.

"Today's action allows for a younger population to be protected from COVID-19, bringing us closer to returning to a sense of normalcy and to ending the pandemic," Acting FDA Commissioner Janet Woodcock said in a statement.

The FDA's authorization is not the final step in bringing Pfizer's vaccine to younger children. A U.S. Centers for Disease Control and Prevention advisory panel plans to meet Wednesday and is expected to approve the vaccine's use in 12- to 15-year-olds.

"Our youngest generations have shouldered heavy burdens over the past year, and the vaccine is a hopeful sign that they will be able to begin to experience all the activities that are so important for their health and development," Dr. Lee Savio Beers, president of the American Academy of Pediatrics (AAP), said in a statement.

"It's essential for children to be vaccinated against COVID-19. According to data compiled by the AAP and Children's Hospital Association, more than 3.8 million children have tested positive for COVID-19 in the United States since the start of the pandemic," Beers added. "While fewer children than adults have suffered the most severe disease, this is not a benign disease in children. Thousands of children have been hospitalized, and hundreds have died. We will soon have a very safe, highly effective vaccine that can prevent so much suffering. I encourage parents to talk with their pediatrician about how to get the vaccine for their adolescents as soon as they are eligible."

The authorization also removes a roadblock to reopening schools by lowering the threat of transmission.

The emergency authorization follows the results of a clinical trial involving more than 2,000 participants aged 12 to 15 who got either two doses of the vaccine or placebo shots three weeks apart. The researchers recorded 18 cases of symptomatic coronavirus infection in the placebo group and none in the vaccinated group.

Ty Dropic, 14, who participated in that trial, urged others his age to get vaccinated so they could help build up widespread immunity and protect themselves. He had no side effects, which makes him think he got the placebo. If that turns out to be the case, he told the Times that he plans to be vaccinated as soon as possible.

"I know it can be kind of scary, but it's really not as bad as it seems," he said. "If you do get COVID, it'll be a lot worse than getting stuck with a needle for, like, two seconds."

Ty's three siblings, ages 8, 10 and 16, are all enrolled in vaccine trials for their respective age groups. Their mother, Dr. Amanda Dropic, a pediatrician in northern Kentucky, told the Times that most parents she sees are eager to have their children vaccinated so they can regain some sense of normalcy.

"The anxiety and depression that we're seeing with kids, the social delays, has been tremendous," she noted.

Still, the campaign to vaccinate younger children may run into the same problems with hesitancy that have plagued attempts to immunize adults. In one recent poll from the Kaiser Family Foundation, only 29 percent of parents said they would have their children vaccinated right away, while 32 percent said they planned to wait to see how the vaccine was working.

Most of the other parents said they would definitely not have their children vaccinated, or would do so only if schools required it. All 50 states require certain vaccines for children who attend school, but those mandates apply only to vaccines that have been fully approved by the FDA. Pfizer has applied to the FDA for full approval, but that process is expected to take several months, the Times said.

As of Wednesday, the U.S. coronavirus case count neared 32.8 million, while the death toll topped 582,800, according to a tally from Johns Hopkins University. Worldwide, over 159.7 million cases had been reported by Wednesday, with more than 3.3 million people dead from COVID-19.