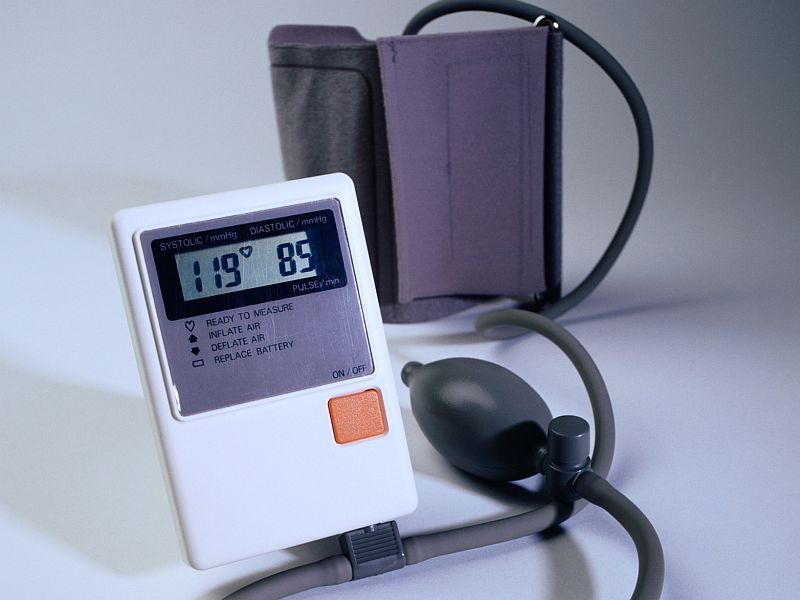 The researchers said the findings are concerning, given how many people have difficulty controlling their high blood pressure.

This study points to medications as one possible culprit. Vitarello said doctors and patients should be aware of that.

Looking at data from the U.S. National Health and Nutrition Examination Survey (NHANES), Vitarello's team found that about one-fifth of Americans with high blood pressure were using medications that can raise those numbers.

The most commonly implicated drugs were antidepressants; nonsteroidal anti-inflammatory drugs (NSAIDs), including ibuprofen (Motrin, Advil) and naproxen (Aleve); and steroid medications used to dampen inflammation and immune activity in conditions such as lupus and rheumatoid arthritis, or after an organ transplant.

He said a key takeaway is that doctors should regularly review which medications patients are using.

For their part, people with high blood pressure should keep track of their readings at home, Vitarello said. If their numbers are not under control, he added, it's worth asking their doctor whether any other medications they take could be a factor.

In some cases an alternative might be possible, Vitarello suggested, such as acetaminophen (Tylenol) in place of an NSAID, for example.

In fact, acetaminophen should be the painkiller of choice for people with high blood pressure, said Dr. Eugene Yang, chairman of the Prevention of Cardiovascular Disease Council for the American College of Cardiology (ACC).

Cold and allergy remedies are other medications to be wary of, said Yang, who is also a professor of medicine at the University of Washington in Seattle.

Those remedies may contain stimulant decongestants, like pseudoephedrine, which can constrict blood vessels. So people with high blood pressure should avoid products that contain a stimulant, Yang said.

For the study, Vitarello's team looked at data from the ongoing NHANES project that interviewed a nationally representative sample of more than 27,000 U.S. adults between 2009 and 2018.

Overall, 19% of people with the condition were using a medication that can hike blood pressure. The researchers estimated that if half of Americans in that category were to stop taking one culprit medication, an additional 560,000 to 2.2 million people might get their blood pressure under control.

Yang cautioned that it's not clear how many Americans could get their blood pressure under control simply by stopping a medication.

What's more, he said, many of the drugs people were using — like antidepressants or steroids — may be necessary.

Instead, he said, "we treat the high blood pressure."

That might mean upping the dose of a current blood pressure medication or adding an additional one.

Lifestyle is also key, Yang said. The general advice is to follow a healthy diet low in salt and rich in fruits and vegetables; get regular exercise; don't smoke; limit alcohol; and maintain a healthy weight.

Vitarello was scheduled to present the findings at the ACC's annual meeting, being held online May 15 to 17. Research reported at meetings should be considered preliminary until published in a peer-reviewed journal.

The American Heart Association has more on high blood pressure.