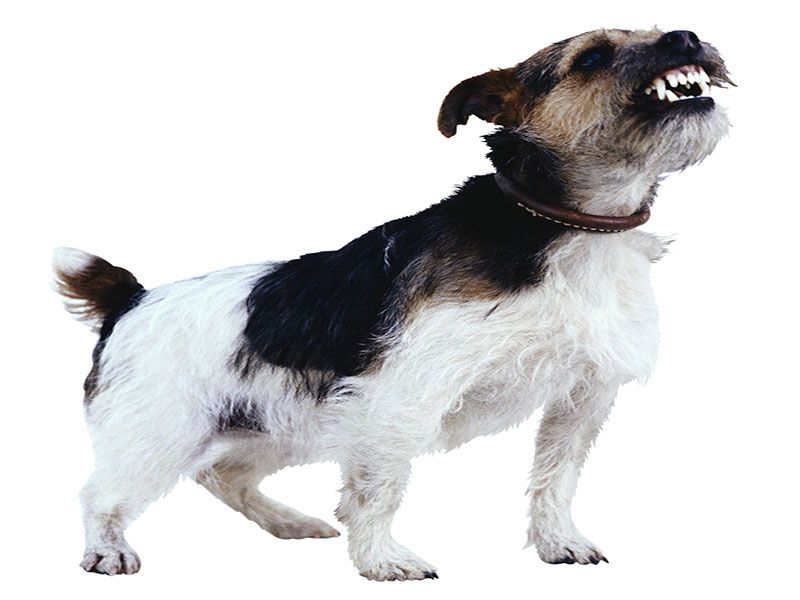 That growling dog may actually be terrified of you.

Fear and age-related pain are among the reasons why dogs are aggressive toward people, a new study suggests.

The findings could help two-legged folks better understand and prevent aggressive behavior, such as growling, barking, snapping and biting, according to Finnish researchers.

"Dogs' fearfulness had a strong link to aggressive behavior, with fearful dogs many times more likely to behave aggressively," said doctoral researcher Salla Mikkola of the University of Helsinki.

"Moreover, older dogs were more likely to behave aggressively than younger ones. One of the potential reasons behind this can be pain caused by a disease. Impairment of the senses can contribute to making it more difficult to notice people approaching, and dogs' responses to sudden situations can be aggressive," Mikkola added in a university news release.

To investigate aggressiveness against owners and unfamiliar people, the researchers analyzed survey data on more than 9,000 dogs, including dogs of all sizes and breeds.

Dogs were classified as aggressive if they growled often and/or had attempted to snap at or bite a human at least occasionally, the researchers explained.

To cut to the chase, male dogs were more aggressive than females, and sterilization had no effect on aggression.

Also, dogs of first-time owners were more likely to be aggressive than those whose owners had previous experience with canine companions.

Moreover, dogs that spent time in the company of other dogs behaved less aggressively than dogs that lived without other dogs in the household, the findings showed.

There were significant differences between breeds in aggressive behavior, which suggests genetic factors.

The long-haired collie, poodle (toy, miniature and medium) and miniature schnauzer were the most aggressive breeds, while the Labrador retriever and golden retriever were least aggressive, according to study author Hannes Lohi.

"People who are considering getting a dog should familiarize themselves with the background and needs of the breed. As for breeders, they should also pay attention to the character of dam candidates [the female parent of puppies], since both fearfulness and aggressive behavior are inherited," Lohi said.

The report was published online May 3 in Scientific Reports.

The Animal Humane Society has more about aggression in dogs.