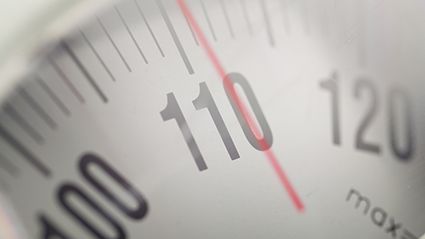 The weight-loss drug Saxenda can keep extra pounds off — but combining it with exercise brings a bigger payoff, a new clinical trial finds.

The study found that some longstanding advice is valid: Prescription weight-loss drugs work best when used along with — and not in place of — lifestyle changes.

Saxenda (liraglutide) is a prescription drug approved in the United States for spurring and maintaining weight loss when added to calorie-cutting and exercise.

But whether the drug plus exercise is any better than the drug alone — or exercise alone — has not been rigorously tested.

The new trial, published May 6 in the New England Journal of Medicine, did just that. And it found that over one year, the combination won, helping people shed more pounds and, specifically, body fat.

Experts not involved in the trial said it underscores the importance of "comprehensive" tactics for keeping extra weight off.

"The standard of care with all obesity treatments — medications and surgery — is to use them as adjuncts to ongoing behavioral changes," said Dr. Scott Kahan, a spokesperson for The Obesity Society.

Sustainable diet changes and regular exercise are key, said Kahan, who also directs the National Center for Weight and Wellness in Washington, D.C.

Weight-loss medications are useful, Kahan said, but not "magic cures." Yet some doctors, he noted, may prescribe them without giving patients enough support on the lifestyle side of the coin.

There are several medications approved in the United States for aiding weight loss. They include Xenical (orlistat), Qsymia (phentermine-topiramate) and Contrave (naltrexone-bupropion).

Liraglutide is sold under two brand-names: Saxenda, the weight loss drug, and Victoza, for type 2 diabetes. Saxenda contains a higher dose of liraglutide and works by mimicking the action of an appetite hormone called GLP-1, according to the drug's maker, Novo Nordisk.

The drug is taken by injection each day.

For the new trial, funded by Novo Nordisk, the researchers recruited 195 obese adults who spent eight weeks on a low-calorie diet. After that, they were randomly assigned to one of four groups: medication plus exercise; medication only; exercise only; or a placebo group that was given inactive "medication" and told to stick with their usual activity level.

The exercise groups, in contrast, had a fairly vigorous routine. They were encouraged to attend group classes twice a week and exercise on their own twice a week, with running, cycling and brisk walking the main activities.

The combo approach was also most effective at changing body composition: Those patients lost about twice as much body fat and trimmed more from their waistlines, versus those on either strategy alone.

They also preserved their muscle mass, according to the researchers, led by Signe Torekov, of the University of Copenhagen in Denmark.

"The big point here is, the study confirms that yes, combining medication with exercise is more effective," said Dr. Reshmi Srinath, who directs the Weight and Metabolism Management Program at Mount Sinai in New York City.

She had some caveats: Patients in the trial were fairly young — in their early 40s, on average — and healthy. Such vigorous exercise might not be appropriate for older adults, or people with certain health conditions, like painful arthritis.

"With those patients, we generally recommend walking or incorporating some weight training at home," Srinath said.

But, she added, the bottom line remains: "Medications should be used as an adjunct to lifestyle changes."

That applies not only to Saxenda, but to prescription weight-loss drugs in general, Kahan and Srinath said.

When it comes to choosing a medication, Srinath said, it's a case-by-case decision, considering side effects and any health conditions a patient might have. In this study, the most common side effects among Saxenda users included nausea, diarrhea and dizziness.

Personal preferences also come into the medication decision, Srinath noted. "Some patients are hesitant about taking a daily injection," she said.

What's important, Kahan said, is that people who've "tried again and again" to lose weight know there are treatments that could help.

"People often don't realize that because we're in this Wild West full of bogus weight-loss products," he said. "But there are good, legitimate options that have been scientifically studied."

The U.S. National Institute of Diabetes and Digestive and Kidney Diseases has more on weight management.