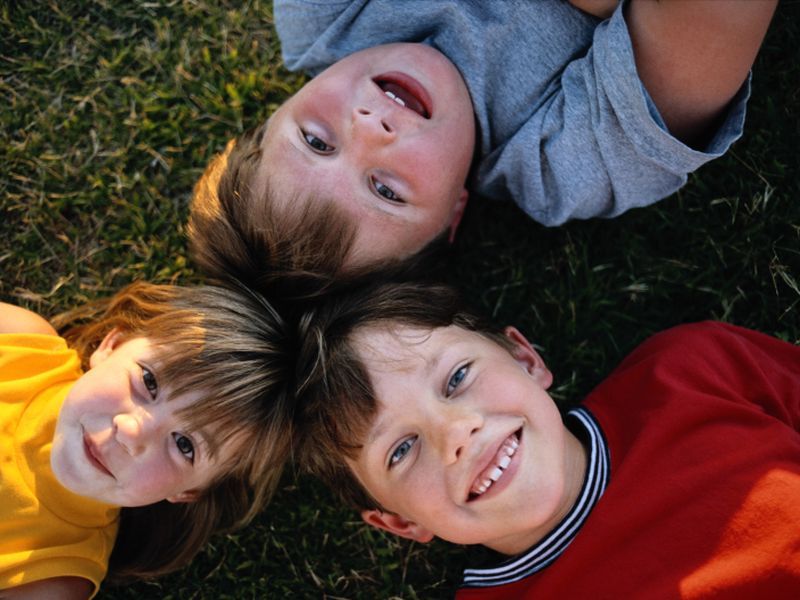 Parents of preschoolers with attention deficit hyperactivity disorder (ADHD) may be advised to give their child medication to help them concentrate, sit still and/or control impulsive behaviors.

A new study comparing two classes of medications might help them arrive at a decision.

While stimulants are often first in line, the research shows that another class of ADHD drugs known as alpha-2 adrenergic agonists may also improve symptoms and could have fewer side effects for some kids.

"Stimulants aren't the only answer if your child has ADHD and needs medication," said Mary Solanto, a professor of pediatrics and psychiatry at the Hofstra-Northwell School of Medicine in New Hyde Park, N.Y., and a member of the advisory board for Children and Adults with Attention-Deficit/Hyperactivity Disorder (CHADD).

"Alpha-2 adrenergic agonists are reasonable options if your child has side effects from stimulants or needs something additional," said Solanto, who was not involved in the new study.

Stimulants such as methylphenidate (Ritalin) and amphetamines can help control many ADHD symptoms, but they have their fair share of side effects, especially in preschoolers, including loss of appetite and sleeplessness.

"For some young children with ADHD, however, significant challenges can persist and there may be a role for medication to reduce core ADHD symptoms, especially if safety and/or learning are compromised by the child's ADHD symptoms," she said.

"While stimulants [specifically methylphenidate] has previously been recommended as the medication to use in young children with significant ADHD symptoms, our study shows that another type called alpha-2 adrenergic agonist medication [most commonly in the form of guanfacine] may work to reduce ADHD symptoms and be well tolerated in some children," Harstad added.

The new study, which appears in the May 4 issue of Journal of the American Medical Association, is said to be the first to compare the two classes of ADHD drugs in preschoolers. The drugs target different brain chemicals. Neither is U.S. Food and Drug Administration-approved for the treatment of ADHD in this age group.

More than 2% of preschool-age children in the United States have been diagnosed with ADHD, according to the study.

When researchers reviewed electronic health records of nearly 500 children (mostly boys), they found that 78% of kids who received stimulants showed an improvement in their ADHD symptoms, while 66% of preschoolers who took an alpha-adrenergic agonist like guanfacine (Tenex) saw an improvement in symptoms.

But kids taking alpha-adrenergic agonists reported fewer side effects than those taking stimulants, including lower rates of moodiness/irritability, appetite loss and difficulty sleeping. Daytime sleepiness was more common among kids taking alpha-adrenergic agonists for ADHD, the study showed. Children in the study were younger than 6 when they began taking ADHD medication.

"For young children with ADHD who haven't had enough improvement with behavioral therapy, both methylphenidate and guanfacine appear to be effective in reducing ADHD symptoms for the majority of preschool-aged patients," said Dr. Tanya Froehlich, who wrote an editorial accompanying the new study. She is a professor of pediatrics and research director in the division of developmental and behavioral pediatrics at Cincinnati Children's Hospital Medical Center.

Due to guanfacine's side effect profile, the new study hints this drug may be a first choice for preschoolers who show signs of sleep difficulty, irritability, stubbornness and defiance and need ADHD medication, but this needs to be confirmed, Froehlich said.

The risks of not treating ADHD far outweigh any risks associated with either medication class, Solanto said. "Untreated ADHD can yield a lot of problems with academic performance, social interaction, self-confidence, anxiety and depression," she said. "These kids become discouraged early and have higher rates of school dropout and underperform occupationally."

Froehlich agreed. "Diagnosing and treating ADHD is so important because our interventions -- which include behavior and medication treatments -- have been shown to reduce family strain, improve peer interactions, and improve functioning in school and child care settings."

Learn more about the signs and symptoms of ADHD in preschoolers at Children and Adults with Attention-Deficit/Hyperactivity Disorder (CHADD).