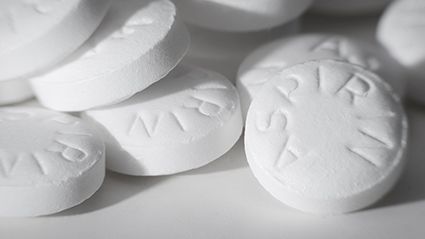 It may not be a good idea to take a daily low-dose aspirin if you're also taking a widely used class of blood thinners called direct oral anticoagulants (DOACs), researchers caution.

DOACs include drugs such as Eliquis (apixaban), Pradaxa (dabigatran), Lixiana (edoxaban) and Xarelto (rivaroxaban). They're used to help prevent strokes from atrial fibrillation or for the treatment of what's known as venous thromboembolic disease, which include the leg clots known as deep vein thrombosis or pulmonary embolism (when the clot travels to the lungs).

In a new study, nearly one-third of the patients who were taking one of the prescription blood thinners was also taking daily aspirin, which is also a blood thinner, without a clear reason for doing so, researchers at the University of Michigan reported.

Taking a DOAC plus an aspirin may do harm without providing any additional health benefit, the research showed.

"The patients on combination therapy were more likely to have bleeding events but they weren't less likely to have a blood clot," lead author Dr. Jordan Schaefer, assistant professor of internal medicine at the university, and a hematologist at Michigan Medicine, said in a university news release.

"Therefore, it's important that patients ask their doctors if they should be taking aspirin when they are prescribed a direct oral anticoagulant [blood thinner]," Schaefer added.

The combination of a DOAC and daily aspirin could be appropriate for patients who've had a recent heart attack, had a coronary stent placed in an artery or who have undergone bypass surgery, said study co-author Dr. Geoffrey Barnes.

The combo treatment might also be warranted for people who've had any prior mechanical valve surgery or have been diagnosed with certain conditions such as peripheral artery disease, according to Barnes, who is an assistant professor of internal medicine and a vascular cardiologist at the Michigan Medicine Frankel Cardiovascular Center, in Ann Arbor.

However, for other patients, "combination therapy may not be happening intentionally; rather, the addition of aspirin might get overlooked because it's not in any one specialist or general care provider's territory," Barnes noted in the news release.

Two experts who weren't involved in the study said it provides valuable information to patients and doctors.

"This is a thoughtful, well-designed and important study," said internist Dr. John Raimo, chair of medicine at Long Island Jewish Forest Hills in New York City. "Aspirin works well for patients with a clear indication for its use. However, like all medications, taking aspirin without a clear reason puts you at risk for its side effects without the intended benefit."

Raimo said it underlines the importance of communication between a patient, his or her doctor, and others on their health care team. "As with other over-the-counter medications and supplements, it is important to speak with your doctor before starting aspirin, particularly if you are already on a blood thinner," he advised.

"This paper reflects 'real-life' data where in one out of three patients, the clinician overlooked the decision to stop aspirin when initiating blood thinners," Akhrass said. "Reviewing and reconciling the medication list at every office visit is vital, as this paper showed the concomitant use of blood thinners and aspirin is associated with more bleeding risk, without necessarily more protection."

The Michigan research team noted that there are many medical conditions and situations where taking both aspirin and a DOAC has not been adequately studied. They plan to confirm their findings in a larger, longer study because a low number of blood clots occurred during their study period, possibly hampering their ability to assess if aspirin could be beneficial, Schaefer said.

In prior research, he and Barnes have also found that people taking both aspirin and warfarin, a different kind of anticoagulant, were also at an increased risk of adverse outcomes.

The new study was published April 19 in JAMA Internal Medicine.

The U.S. Agency for Healthcare Research and Quality has more on blood thinners.