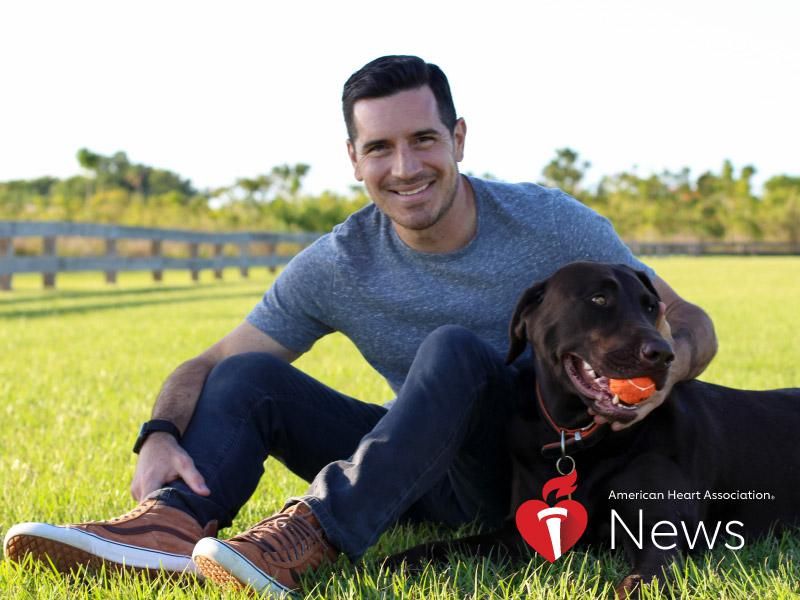 After Ivan Hernandez was born with a defective mitral valve, doctors warned his parents he could face heart failure at any age.

Yet Hernandez grew up without incident. He played all sorts of sports, cultivating a love for fitness. As an adult, he sometimes exercised twice a day. He regularly participated in high-intensity interval training and other extreme workouts.

He thought less and less about having a congenital heart defect – until his annual echocardiogram in 2014.

Then 34, Hernandez was tapping out a text to a colleague when the technician said, "Let me get the doctor."

Hernandez was diagnosed with severe mitral valve regurgitation. The problem strained his heart, caused it to enlarge. The valve needed to be surgically repaired.

"I thought I'd done all the right things to keep this from happening," Hernandez said.

Heart valve disease can develop quickly or over a long period, and people may not experience symptoms until the condition is advanced. Symptoms may include shortness of breath, chest pain, fatigue, dizziness or fainting, fever, rapid weight gain or an irregular heartbeat.

Being in such good shape, Hernandez had never experienced any of these and recovered quickly from the surgery. Within months, he was back to his regular schedule and workouts.

Four years later, Hernandez was again undergoing a routine echocardiogram when the technician stopped to consult the doctor.

The repaired mitral valve had failed. Now he needed a replacement.

"I was in such disbelief," he said. "I saw four different surgeons to get a second opinion, but they all concurred I needed the surgery."

Recovery this time was much more difficult.

Although his heart had recovered to its normal size after his first surgery, it was again enlarged. Now his ejection fraction – a measure of how efficiently the heart pumps blood – declined. Hernandez found himself fatigued after short distances. This made little sense to him. He had no symptoms before surgery, but now after the replacement, he was struggling.

The biggest toll was on his psyche.

"I was going to the ER all the time, thinking something was wrong with my heart and it was going to explode," he said.

Hernandez kept his fears to himself, in part because he felt the cultural pressure that Latin men should never show weakness. His actions, however, revealed his struggle.

He stopped driving because he worried about having a medical emergency alone in the car. After getting dizzy on a trip to the grocery store, he shifted to grocery delivery. He avoided social activities.

"He was still excited to make some plans," said his sister, Monica Alvarez-Drago.

"But right before them, he'd say, 'Just go without me, I'll see you later,'" added his good friend Kevin Philip.

Hernandez eventually was diagnosed with post-traumatic stress disorder and agoraphobia, a fear of leaving home. It stemmed from more than his own heart problems. Hernandez feared taking a turn for the worse, as happened to his dad, Ezequiel Hernandez.

Ezequiel had a heart attack and bypass surgeries at 41. Over the next 20 years, he endured another bypass surgery, then received a heart transplant. Ezequiel had a stroke in his son's hospital room after the first valve operation. He largely recovered thanks to the quick treatment he received by virtue of being in the hospital when it happened.

Hernandez ultimately found his way back through counseling, meditation and a new companion suggested by a therapist: Desi, a chocolate Labrador he adopted in March 2019.

"Instead of waking up and worrying about my heart, I would bring Desi up to my chest and hug him," he said. "The distraction of having and caring for him was transformative."

Physically, Hernandez was back to his usual activities about nine months after surgery. It took another nine months before he felt back to himself.

"I finally got myself into a mindset of letting my heart heal itself," he said. "Once I mentally got to that point, everything started to fall into place."

Hernandez lived in New York when he had his first surgery, Los Angeles when he had his second. Now he lives in Miami, close to his family and his childhood home. He owns a consulting business for startups. As his own boss, he's diligent about balancing work and life. One day, he may need another valve procedure, but feels better prepared.

"I recalibrated everything I knew and did to stay healthy," he said. "What I consider to be health is not just physical anymore. It's now at least 50% mental."