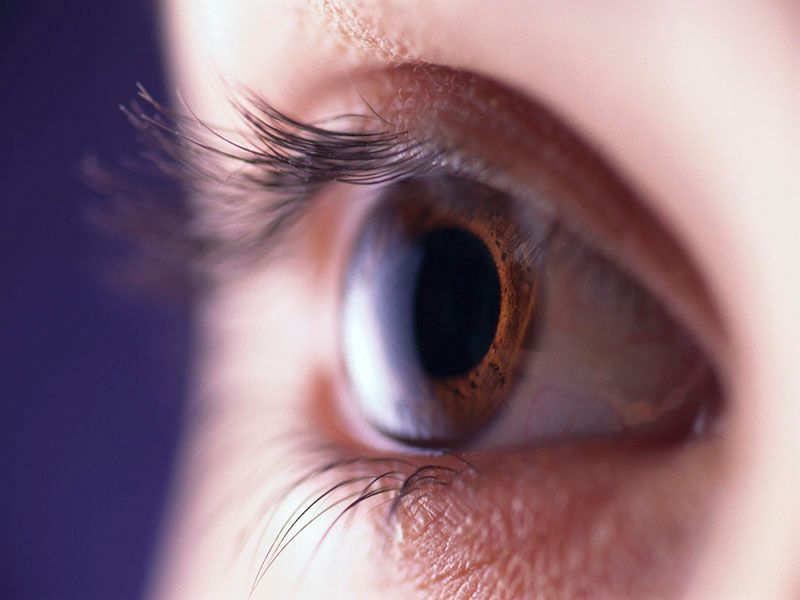 A cutting-edge experimental drug cuts nearly in half the risk of death among patients with a rare but aggressive cancer of the eye, new clinical trial data show.

"Uveal melanoma is a disease that until now has had no medical treatment," said Ribas, director of the Tumor Immunology Program at the Jonsson Comprehensive Cancer Center and the Parker Institute for Cancer Immunotherapy Center at University of California, Los Angeles. "Nothing had shown any improvement in the last 50 years of clinical research."

Patients randomly chosen to receive tebentafusp had almost half the risk of death as others treated with either immunotherapy or chemotherapy, according to results presented at the recent AACR annual meeting.

"Tebentafusp halved the relative risk to die and, therefore, had a great impact on prolonging survival of patients with metastasized uveal melanoma," said clinical trial researcher Dr. Jessica Hassel. She is associate professor and section head in the department of dermatology and the National Center for Tumor Diseases at University Hospital Heidelberg, in Germany. "It is thereby the first drug with a proven survival benefit for patients with uveal melanoma, and this was true even in patients where the melanoma progressed."

Uveal melanoma is rare overall but the most common eye cancer in adults, Hassel said. It represents approximately 3% to 5% of all melanomas.

The wall of the eye contains three layers. The outer layer is made up of the "white of the eye," known as the sclera, with a clear portion at the front called the cornea through which light passes. The inner layer features a lining of nerve tissue, called the retina, which senses light and passes along optic information to the brain.

In between those two is a layer called the uvea, which is where the colored iris is located as well as muscles to help your eye focus and blood vessels to provide oxygen and nutrition to the eye's cells.

Until now, the prognosis for uveal melanoma has been very poor, with people on average living less than a year after the cancer has spread from the eye to other parts of the body, Hassel said.

"When the uveal melanoma is diagnosed, it is radiated or operated depending on the size of the tumor," she said. "Half of the patients eventually develop metastases, mainly to the liver, and at that time there is no standard of care available."

Doctors have tried to treat the cancer that has spread to the liver, as well as employing powerful immune-boosting drugs, but "none of these treatments have shown an overall survival benefit," Hassel said.

Tebentafusp is a protein that recognizes two different receptor targets, one present on melanoma cells and the other on cancer-killing T-cells produced by the immune system, she said. The drug is administered intravenously once a week.

"Tebentafusp builds a bridge between the tumor and the immune cells, enabling the immune cells to attack the tumor," Hassel said. "It binds T-cells and activates them to fight the ocular melanoma cells."

This trial tested tebentafusp's potential as a front-line therapy for eye cancer, enlisting 378 people with metastatic uveal melanoma. The researchers gave the experimental drug to 252 of the patients, while the rest received either chemotherapy or immunotherapy.

The estimated one-year overall survival rate of patients who got tebentafusp was 73%, compared with 59% among those who received other therapies, the researchers reported. That represents a survival benefit of 49% for the new drug.

The disease control rate — the percentage of patients who had a complete or partial response to their treatment, or whose disease stabilized for an extended period of time — was 46% in tebentafusp patients after 12 weeks. That compared with 27% for those who got chemo or immunotherapy.

Side effects mainly affected the skin for the first few treatment cycles, Hassel said, and in rarer cases patients suffered an inflammatory "cytokine storm" from overstimulation of the immune system. Only 2% of patients stopped treatment because of side effects.

Based on these results, the U.S. Food and Drug Administration has granted breakthrough therapy designation to tebentafusp, according to a February news release from Immunocore, developer of the drug.

This designation is intended to speed up the development and review of medications for serious or life-threatening diseases, after early clinical evidence has indicated that the drug might be substantially better than available therapies.

Researchers now intend to see if tebentafusp can be used to keep cancer from recurring in uveal melanoma patients who've entered remission, Hassel said. They also want to test the drug in combination with other immune-boosting medications.

The U.S. National Cancer Institute has more about uveal melanoma.